“Europe is our common destiny” 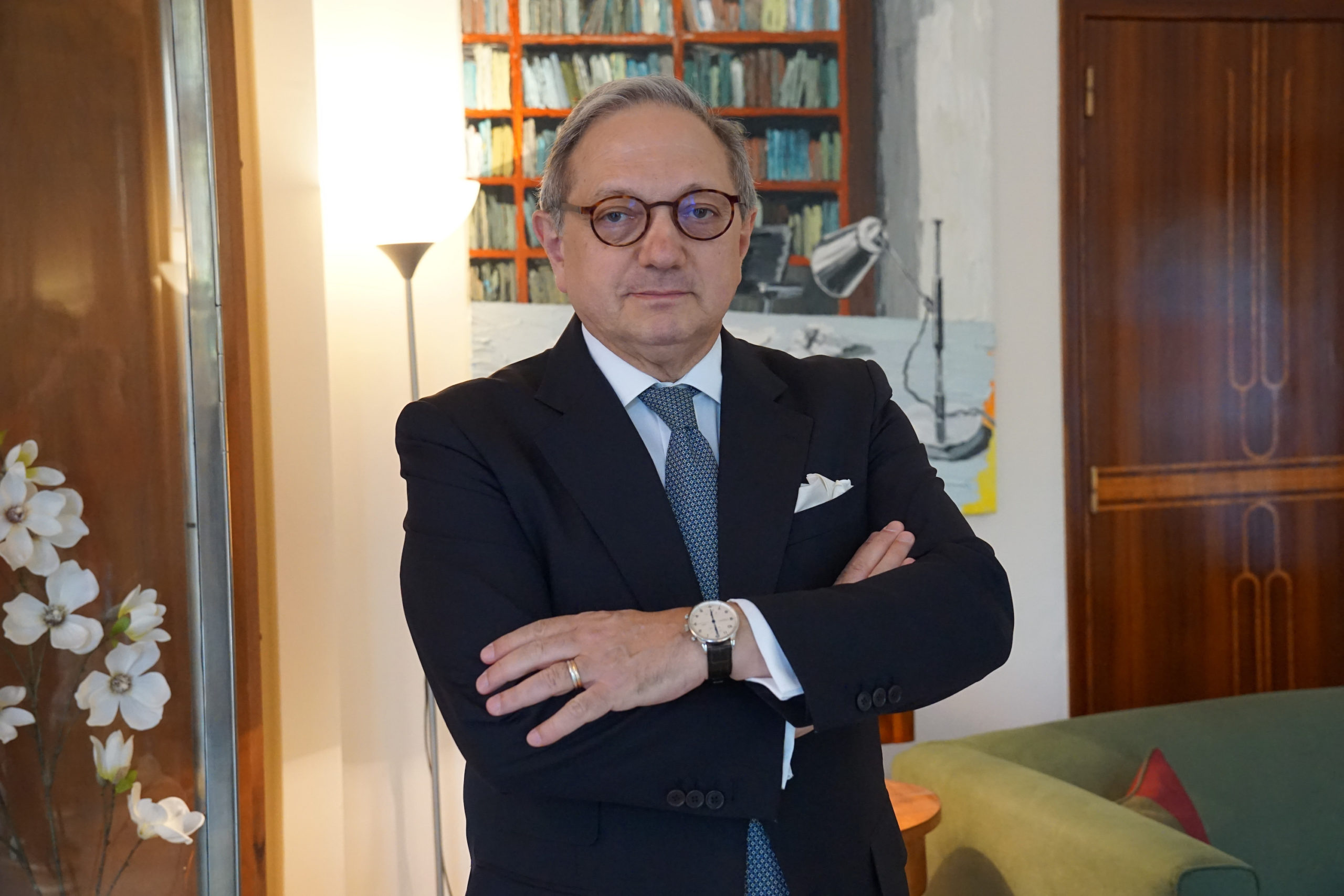 Luís de Almeida Sampaio studied law at the Coimbra University, the oldest Portuguese university and one of the oldest in the world. His first diplomatic post was NATO, back in 1987, and after many positions abroad and in Lisbon he came full circle to become ambassador to NATO, immediately prior to his appointment as the ambassador to the Czech Republic in December 2019. He has an abundance of intriguing stories to share, which he is planning to do in his books when the time comes. Until then, enjoy our interview.

Can you tell us about yourself, please?

I really mean it. That is the reason why I travel extensively in the Czech lands, visiting not only the main cities, but also never missing the opportunity to get acquainted with the many cultural heritage landmarks, meet Czechs from very different walks of life, and to enjoy Czech traditions.

I also enjoy tasting the variety of Czech gastronomies, wines and beers, and, of course, I am always amazed by the vast natural beauties of this country.

I think that this is already very telling about myself. I am a curious observer and a relentless analyser of cultures and societies. I was always like that, and I believe that a diplomatic life is the best possible life for any true curious observer.

It sure feels great to hear that being an ambassador to our country is a privilege. Would you like to elaborate on this statement?

Being the ambassador of Portugal to the Czech Republic is extremely rewarding personally and professionally, as our bilateral relations are excellent. Indeed, there are no problems between our two countries, and that makes the life of any ambassador especially easy.

It is also very rewarding to serve in such a beautiful capital as Prague, and being in daily contact with my Czech interlocutors, official and private, who are always the kindest persons on Earth, adds to that feeling.

However, the agenda of any ambassador is quite hectic and filled with many meetings, conferences, and reports to write. Fortunately, I have excellent staff working with me, both at the embassy and the residence, and I count on, as I always could throughout my life, the full support and enthusiasm of my wife and daughters, without whom it would have been absolutely impossible to have led
a successful diplomatic career.

If you were to mention but one interesting moment in your career, what would it be?

Diplomatic lives are very often rather adventurous lives. I could tell you many stories, but I believe the following is a good example. In 2007, during the then Portuguese Presidency of the European Union, in the context of which I was the Middle East Peace Process envoy, I was in Gaza at the time of the take-over of that territory by the Hamas movement.

One day I will write a detailed account of that experience, also to prove that diplomatic lives are not only about receptions and cocktails, meeting ministers and heads of state, and exchanging with diplomatic colleagues. 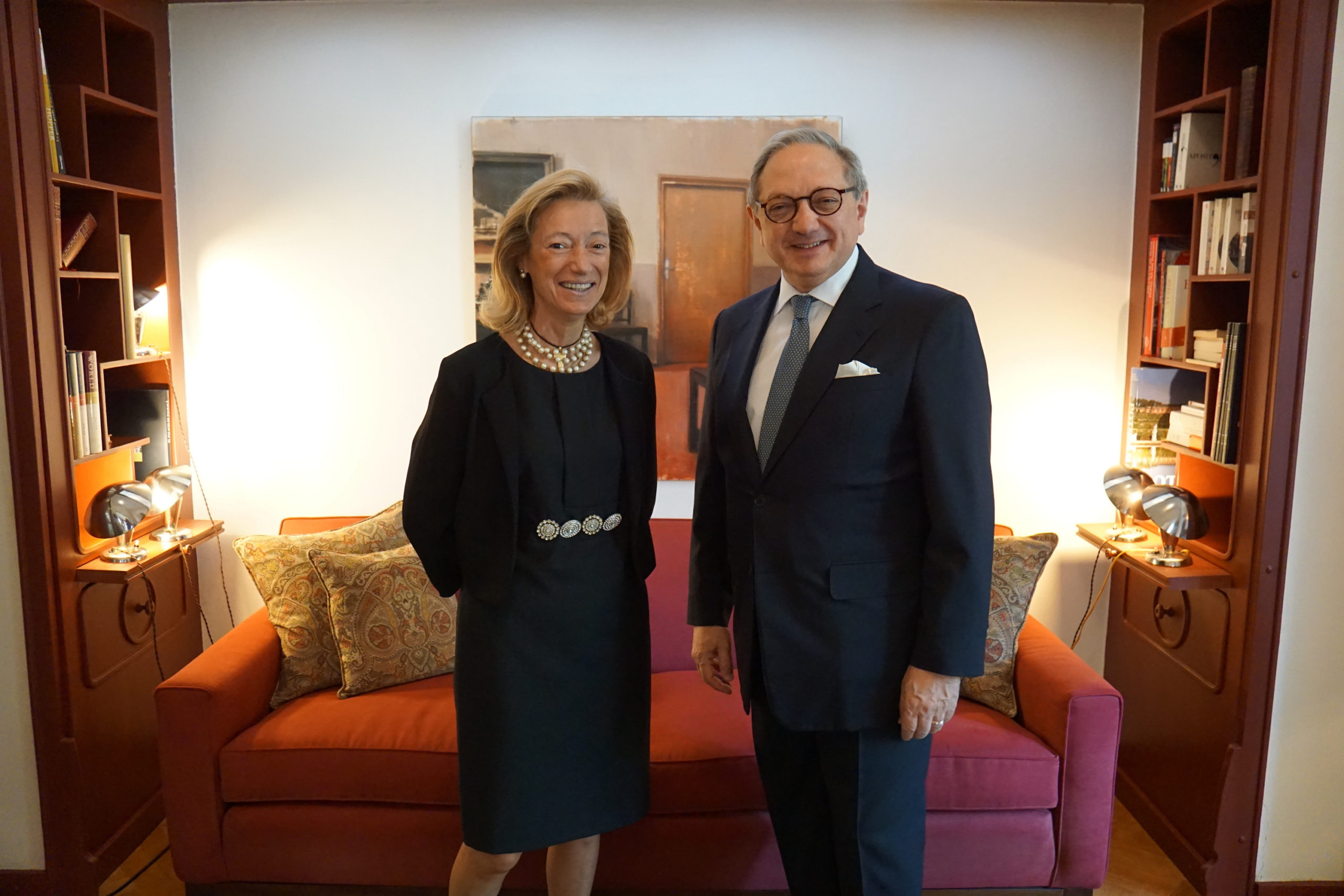 What is the weirdest thing you had to deal with?

When it comes to the weirdest thing I had to deal with, one episode immediately crosses my mind. It happened a long time ago, in a country that I am not going to mention by name. I was meeting a minister who did not speak any other language except his mother tongue, and we had no interpretation whatsoever.

As I had to convey some urgent messages, I resorted to drawings on a paper napkin. I can guarantee you that I am not a good artist. Extraordinarily enough, I discharged myself honourably of my instructions as the results of my démarche proved to be to the satisfaction of my authorities, as I later learned.

From then on, I have recommended that one of the requirements for future diplomats be basic drawing skills.

How long have you been in the Czech Republic? Do you see any space for the development of Czech-Portuguese relations?

My wife and I came directly from Brussels to Prague by car in December 2019, but we had already visited the Czech Republic before so we knew what to expect about the majestic beauty of this country. Our first impression was of amazement and respect, but the most important thing is that all our impressions after that very first one always just added to that initial feeling. We now understand much better why Czechs are very proud of their country.

The current status of Czech-Portuguese relations is excellent. From a political and diplomatic standpoint, they could not be better. The same applies to our cultural relations. We have hundreds of Portuguese students in the Czech Republic, and the number of Czech students of Portuguese language at the main Czech universities is growing every year.

The domain where there is still a lot of room for improvement is our economic and business relations. I am deter- mined to improve them, and to promote the indispensable synergies that would pave the way for joint ventures of high-tech Czech and Portuguese companies that could together explore markets in regions that complement the interests of both countries. In this vein, we are preparing a roadshow of Portuguese companies, businessmen, and businesswomen to the Czech Republic, scheduled to take place during the EU Czech presidency.

The Czech presidency over the EU Council starts on 1 July this year. This is one of the most important and demanding tasks taken as part of being an EU member country. What are you, as a representative of your country, expecting?

I have no doubt that the Czech Republic will manage to conduct a very successful presidency, in spite of the extremely challenging international circumstances we are living through. I am also convinced that the Czech presidency will contribute to the betterment of the European project.

As Portugal recently held the same kind of responsibility, I always make myself available to my Czech interlocutors to share the Portuguese experience and its lessons learned. In this context, I am regularly invited to talk about the Portuguese European integration process and its results. We, Portuguese and Czechs, are partners in Europe; we know that we both belong to the European family, and that Europe is our common destiny.

You were a permanent representative of Portugal to the NATO Council, the principal political decision-making body within NATO. What is your opinion about the way NATO is currently acting regarding the war in Ukraine?

Indeed, I was the permanent representative of Portugal to the NATO Council between 2015 and 2019. Because of that, as well as due to my extensive prior NATO experience, I have been following with great concern the tragedy that is unfolding because of the unjustifiable and unprovoked invasion of Ukraine by Russia. That aggression represents an unacceptable gross violation of the international rules-based order and poses a threat to our common security and to our democracies.

We are all with Ukraine and with the suffering of the Ukrainian nation, and I am convinced that the resistance of the Ukrainian people will represent a lighthouse for liberty for many years to come. The cohesion of NATO, the reinforcement of the transatlantic link, and the solidity of the European Union ́s response to the Russian invasion of Ukraine are all the best demonstration that freedom and justice will prevail.

This interview is done on the occasion of your national day. What are you wishing your country? And for the Czech Republic?

The Portuguese national day, June 10th, is a very special date. We do not celebrate a major battle or a major victory, not even a major political personality or achievement. It is a date unrelated to a king or a president. It is simply, in a very moving way, the date of the death of our greatest poet.

What would I like for Portugal? I wish my country the same thing that I wish the Czech Republic: peace and prosperity, especially at this point in time when dark clouds are again unjustifiably hovering over our common horizon, and when we need to deal together, and defeat together, the ghosts from the past that insist on troubling our common present.

Nevertheless, I am convinced that freedom and democracy will prevail and that once again we will be able to de- vote all our efforts to build a better future for our children and grandchildren.