“I represent the people of Afghanistan in a difficult time” 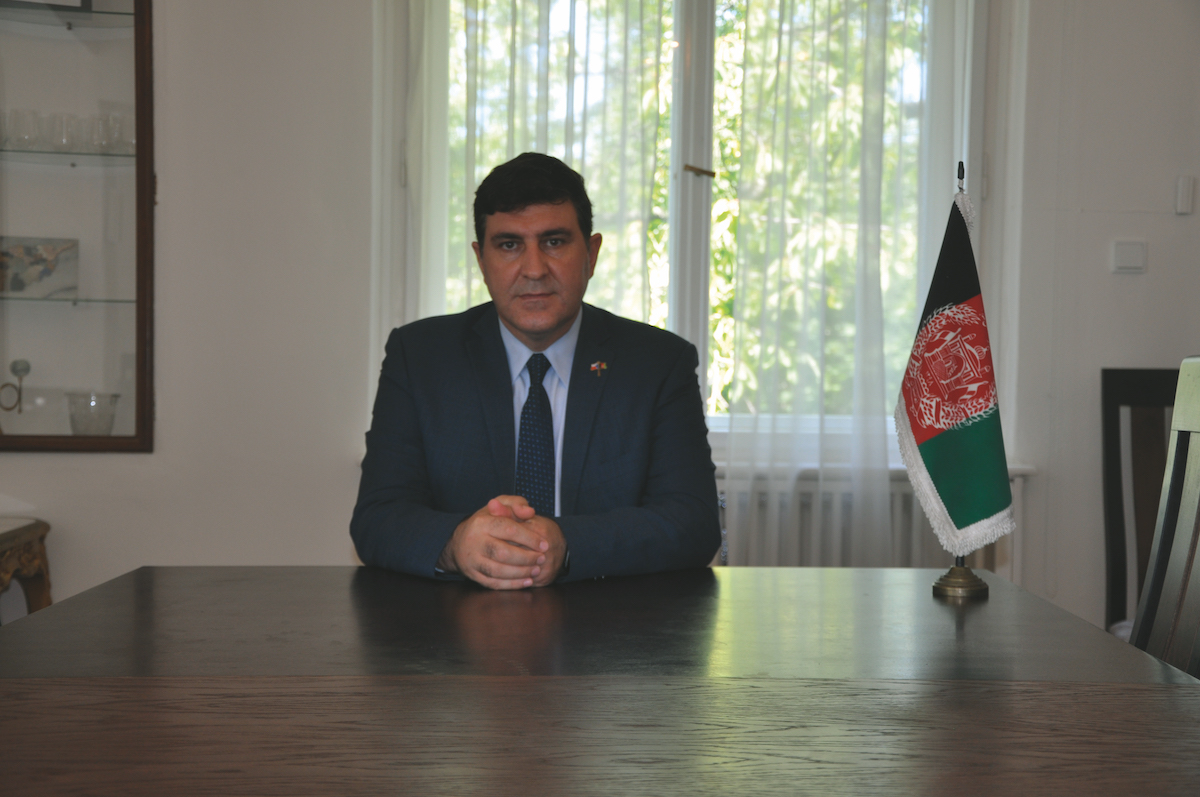 I have already introduced you briefly in the opening paragraph – can you add some more details about yourself, please?

Well, I am from the remote area of Zazi Aryob of the Paktia province, and I am currently stationed in your country.

I am here representing the people of Afghanistan in this difficult time, trying to maintain and promote friendly economic, commercial, and cultural relations among nations.

Before that, I served as the Minister of Communications and Information Technology, and as the Executive Chairman of the Afghan Telecom board in Kabul, Afghanistan.

I am also the founder of the Asan Khedmat project, a one-stop shop for public services that I led under the Islamic Republic of Afghanistan’s Ministry of Finance. In addition, I served for about 14 years with Afghanistan’s WB, USAID, and UN systems. I have an advanced degree in Business Administration and IT. Along with my responsibilities as head of the diplomatic mission, I have obtained a Master of Art (Philosophy, Politics, and Economics – PPE) from CEVRO Institute Prague. I have a Language Proficiency Certification in English, speak my native Pashto, am fluent in Dari, speak Urdu, and understand Arabic.

Can you describe the situation that brought you from the Kabul government to the Prague embassy?

As I mentioned earlier, I was the minister for two years… and during that time, I had difficulties aligning with some major issues. I therefore submitted my resignation from the minister position. Our former President, Mohammad Ashraf Ghani, nominated me as Ambassador and as Extraordinary and Plenipotentiary; however, it was I who selected the Czech Republic as the country of my tenure. I began my mission on 26 September 2019, and presented my credentials to Mr. Miloš Zeman, His Excellency President of the Czech Republic.

You have been in the Czech Republic for three years. What ties can you see that connect our two countries?

Recently, both countries had intensive cooperation in the air force and military sphere. I was pleased to see that both the Czech government and the private sector perceived Afghanistan positively. We were working on many economic and defense cooperation projects. Economic contact was already a long-standing tradition, with increased interest among Afghan officials and private entities to strengthen the positive trend in trade exchange. We envisioned that the trade could develop more robust and better relations. We found the Czech Republic to be a good market for dry fruits, organic crops, unique handicrafts, and the mineral resources of Afghanistan.

A high-level delegation visited Prague, and Afghan traders were ready to export products that meet the highest world and EU standards. Vice versa, Afghanistan could be an ideal place for technology, machinery, and investment from the Czech Republic.

I would also like to mention the fact that the Czech Republic trained 420 Afghan pilots in Pardubice, and that the Czech Army was a part of the ISAF forces and Provincial Reconstruction Teams. The Czech police forces had also been training their Afghan counterparts. Unfortunately, in August 2021, Afghanistan’s republican system dramatically collapsed, and our planned economic and defense cooperation and activities stopped. 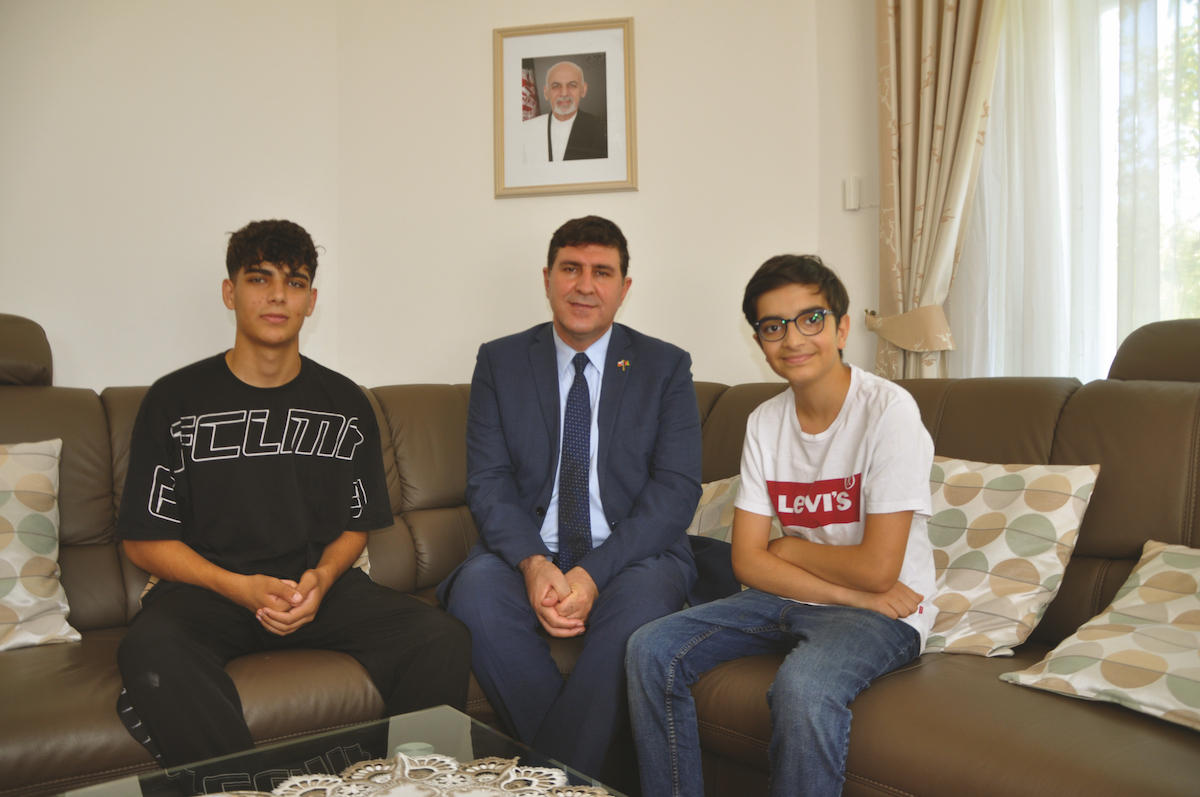 What exactly is the current status of Czechia-Afghanistan relations?

It has been almost a year since the Taliban came to power in Afghanistan. How do you analyze the existing economic, security, and political situation in your country?

After one year, there is still no clarification on the country’s fundamental issues, such as the constitution, internal legitimacy, international recognition, and state structure. There is concern about the security situation, including the latest threats and attacks. The resurgence of ISIS-K and the resumption of the bloody war and blasts in Afghanistan are major concerns. Another concern is that the so-called second wave of resistance has already announced the activities of its anti-Taliban fighters. Another highly prominent issue is the economy. Afghanistan faces a development crisis. There is no basic plan for economic development that would allow for economic growth, employment, eradication of hunger, and provision of basic public services. Unemployment has risen, and people are frustrated. If we analyze the political situation, the fact is that the Taliban has made no effort for good governance and mutual accountability. They have not taken any steps to involve the people in decision-making, and have not provided a dignified life and environment for all individuals. The Taliban government has not yet gained internal legitimacy nor taken any concrete steps (towards one). They do not try integrating the available water management, mining, and trade resources. Some embassies opened in Kabul, the Taliban had engaged with the international community, and still has an office in Doha, Qatar, for dialogue.

What do you expect from the future and the world?

We have so many lessons learned in the last four decades; therefore, we must avoid repeating past mistakes. I believe that, through dialogue, there is a way for reconciliation and political settlement to reach a lasting peace and stability. At the same time, there is also an opportunity to prevent the country’s economy from collapsing, and from more violence occurring. If the government goes into isolation it will be impossible to save the country from civil war, and the country will once again become a center of terrorism and extremism.

To end the current crisis, establish a legitimate government at the national and international level, use the vast potential of human energy, and prevent the loss of economic opportunities for Afghanistan and the region, the international community must meditate to open a new chapter of dialogue with the Taliban’s caretaker government. The Afghans are tired of war and terrorism. War, resistance, and internal conflict do not solve the country’s current problems and challenges but will once again pave the way to civil war, terrorism, and extremism. Therefore, we can see the only way out being through a dialogue addressing the current crisis, issues, and conflict in Afghanistan. The inter-Afghan negotiations require mediation, strong support, and coordination of Afghanistan’s neighbors, regional and international partners, the UN, OIC, and other relevant organizations. Only then will we be able to reach a comprehensive and inclusive political settlement in Afghanistan.

On top of all this, a few weeks ago, Afghanistan suffered from a large magnitude earthquake that caused many casualties. What is the humanitarian situation now?

Afghanistan already faces negative development, and the humanitarian crisis has affected a large percentage of the population. The latest devastating earthquake and its strong tremors in June struck mainly the Paktika and Khost provinces. In these areas, people had already suffered from a series of natural disasters, severe droughts, and a severe lack of critical infrastructure. As a result, the earthquake killed over 1,000 people, 1,600 were injured, and 2,600 homes were reportedly destroyed and damaged. Yes, most countries and some international organizations announced their humanitarian aid, some of which were delivered and some of which are still on the way. The Czech NGO People in Need pledged five million CZK, and at the same time we have officially requested (assistance from) the Czech Republic’s Ministry of Foreign Affairs, but have not received their response yet.

This interview is taken on the occasion of your national day. Please, use this opportunity and make a wish.

On 19 August 1919, King Ghazi Amanullah Khan made great history and officially achieved independence from the then British government, recognizing Afghanistan as an independent country. I can’t forget that, despite the country’s insecurity and wars, the government and civilians have always proudly celebrated this day with great respect, grand ceremony, and national traditions. I have no idea whether or not there will be any national day celebrations this year, but the day certainly is in everyone’s hearts. Everyone knows the value of the country’s freedom and will always keep it fresh by passing it on to future generations. Regarding my wish, well, I wish to live in a free, peaceful, stable Afghanistan, and have our three-color national flag be raised in ceremonies throughout the country again.

I wish to organize the national Attan dance, and host a special reception at the Embassy. Right now, the Czech Republic is holding the presidency of the EU Council, which means that it can play an important role by supporting Afghanistan during its humanitarian crisis, finding the way towards economic cooperation, and mediating for political resettlement.