“To COMBINE the latest ICT technologies with traditional manufacturing” 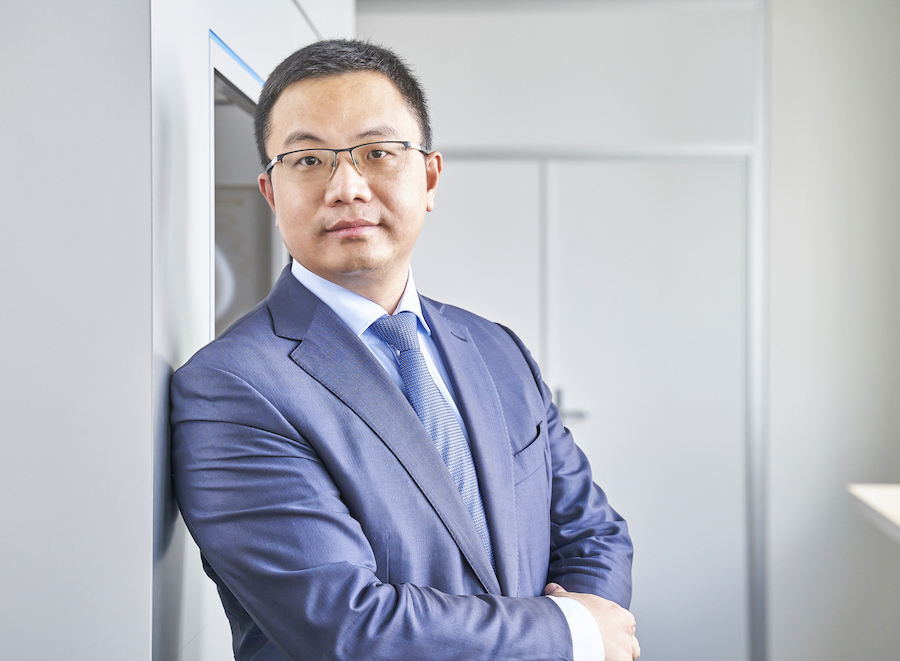 The Czech branch of Huawei has recently undergone a change of management. The former CEO Willi Song will shift his focus to the development of three Central European countries the Czech Republic, Austria, and Slovakia and James Tang, who held the position of Director for CNBG and managed sales to carrier customers until the end of last year, has taken up the position responsible for the Czech Republic. At the beginning of March, James Tang celebrated 16 years at Huawei and marked his four years of working in the Czech environment

What are your plans with the Czech branch? How strong is Huawei on the Czech market?

The Czech Republic plays an important role in our overall European strategy, and we want to be deeply integrated into Czech economic and industrial development to help the Czech digital economy lead the region. The focus of our future development is digital economy. We aim to combine the latest ICT technologies with traditional manufacturing and smart manufacturing to add value. We want to work with partners to develop more ICT talent and collaborate with carriers to build secure and efficient network infrastructure. ICT technologies can also be used to create a more socially inclusive environment. So these four points will be our main pillars. Huawei hopes to play an important role in the development of the Czech digital economy and assume more social responsibilities.

We’ve been on the Czech market for more than 15 years, starting in the fixed networks of Český Telecom, which was then state-owned. Then, we began to build second and third-generation networks for mobile operators, then LTE networks, and now 5G networks. I can say that today we are the most important telecommunications supplier on the Czech market in terms of volume. We should also remember that Huawei solutions for optical networks are very popular amongst local and regional operators – there is a large number of them in the Czech Republic and that’s quite a unique situation, both here and worldwide. This allows for many small villages to have a fast and high-quality optical connection. We want to maintain this high standard when providing our services in the future, whether it is 5G for customers or custom-made industrial solutions for companies.

What future trends do you see in the field of telecommunications?

We anticipate that 5G networks will expand as the demands on capacity increase and the use of data is growing rapidly. There may be new operators appearing on the Czech market judging by the results of the recent frequency auction so it is possible that mobile data will become even more accessible, unless the state significantly restricts operators in choosing suppliers, as that would increase costs particularly for smaller Czech players. We are also seeing an increasing level of network automation and the use of artificial intelligence elements, and there is also a trend towards the emergence of private 5G networks for the business sector. I think that, specifically, will be the most important application of 5G technologies with visible benefits for industry and service digitization. In any case, the whole process needs to be sped up, because the debate in the world is already focused on 6G and the horizon of its commercial launch is estimated at the end of this decade, around 2030. And believe me, Huawei will be there and will play a major role.

The US embargo on technology supplies to Huawei and other Chinese companies is clearly causing problems, as you said, the company’s boss Ren Zhengfei admitted this. Won’t the “Huawei problem” be solved simply by not having enough chips? After all, Huawei’s possible supply problems due to the embargo were the main reason why the company was excluded from Britain’s 5G networks…

Yes, the restrictions are detrimental to us. But there is a big difference between phones that need state-of-the-art chips and equipment for mobile networks where there are no such demands. It sounds like a paradox, but it is so networks are much more about, for example, the design of antennas and other technologies that must be extremely advanced. I am convinced that the ability of us as a supplier to continue supplying networks and guarantee the support of existing technologies must primarily be evaluated by the operator as an entity that enters into a business relationship with us for a long time and who already has a lot of experience with us. The operator is able to evaluate what risks arise from the use of this or that supplier and how to manage these risks. The government should require operators to guarantee that the networks will work. But how operators arrange this should be up to them, because they know their networks, their needs and the needs of their customers far better than the government or us.

What should the state verification of suppliers look like?

We understand the greater need for the state to take care of cybersecurity at a time when telecommunications networks and the services running on them are an increasingly important part of the lives of all citizens. Anyway, I would like to say a few things. The first is that networks are very secure throughout Europe. The European Network and Information Security Agency ENISA lists 153 security incidents in telecommunications networks across the EU in its report on security incidents in telecommunications services last year. Most of them were caused by the weather or some unfortunate event, when, for example, a telecommunication line is disrupted in an excavation. Only one incident concerns the exploitation of a vulnerability in a facility. Cyber-attacks occur predominantly at the level of application vulnerability or social engineering, i.e. manipulation of user behavior, account breaches, and unauthorized access to the system through human ignorance and naivety – for example, that’s how Czech hospitals were attacked last year. This should be reflected primarily by the state. If the state wants to assess suppliers, it should do so transparently and objectively so that there is a fair playing field. In the long run, we think that the government should primarily leave the care of network security to the operators of these networks who understand them best and know them best. For operators, the trust of their customers is the most valuable thing and they will do their utmost to maintain it. After all, we can see this in the statements of individual operators at conferences organized by the state last year that they want essentially the same thing.