and his three (extra) ordinary lives 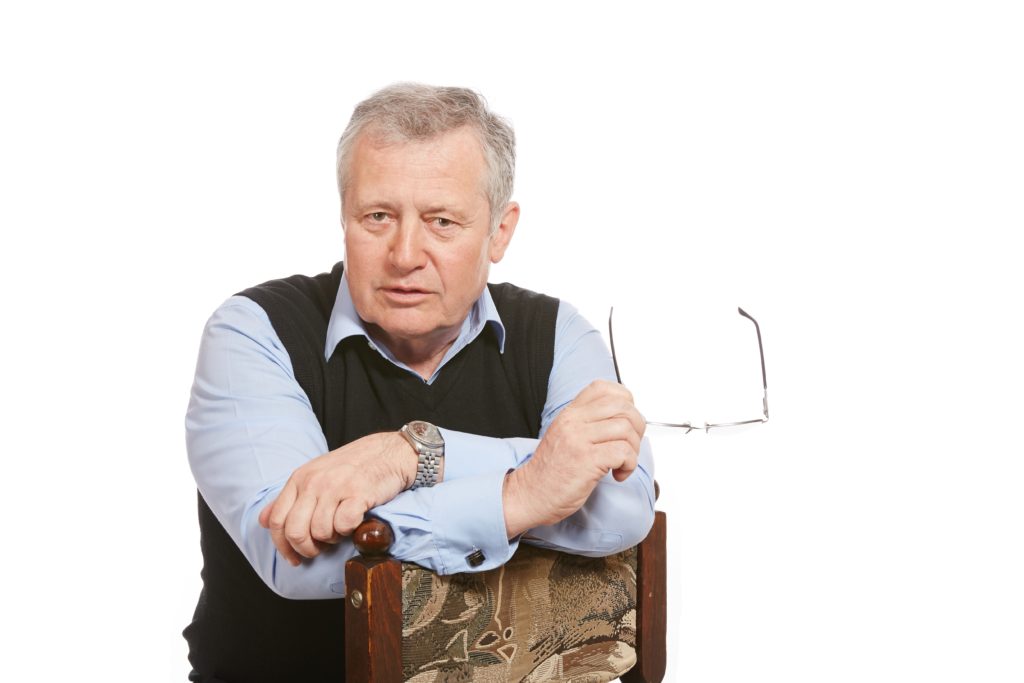 Former Mayor of Prague, ambassador, and university lecturer used to attend prestigious conferences in Davos during previous regime. As a former physicist, he still tends to relax while working out equations and reading expert studies in Europhysics News. Even though he is not a diplomat anymore, he still represents the Czech Republic at the well-known International Institute of Applied System Analysis. What made him come back to Czech politics and run for the Senate in the fall elections?

How do you recall your first extraordinary life in politics?

I must say that I entered politics by chance. One evening, my neighbour knocked on my door looking for someone with university education and academic titles to present at the election ballot. I agreed provided I would come last. And the rest of my story was summarised in the introduction. Being a scientist, I truly enjoyed working on systemic level changes with regards to a new strategy and municipal administration. We recreated the democratic system and despite the intense level of privatisation, there were no big scandals during my term.

When looking back at your career as a Mayor, what do you consider the biggest achievement?

I am proud of the restoration of the Municipal House in Prague. I was pleased to see how newly restored companies with pre-war traditions were interested in carrying out the work. All forms involved were truly proud to participate in such an important symbolic project. And now we can enjoy the Municipal House shining in the Slavic Art Nouveau style.

Now, let us move to the next stage of your career – the diplomatic one, first in Brussels.

As with my political career, I was hesitant at first. However, after six years in politics it was almost impossible to go back to advanced science. But the entry of the Czech Republic to the EU represented another systemic level change and I got the offer to lead the Prague House – the representation of the city of Prague in Brussels. Again, I had the opportunity to create something new – relationships with the European Parliament, with the Commission, find partnerships etc. During this period, I appreciated the skills I had acquired as a theoretical scientist, this time particularly associated with the knowledge of languages. Due to the fact that the textbooks for my specialised discipline were not translated,

I had to learn not only Russian and English, but also French and German. And from the time being in the Mayor’s office, I had the appropriate network, including friendship with the Mayor of Brussels.

And how was the journey from Brussels to Vienna as a destination that is regarded as the top and final for the diplomatic career?

When I came to Vienna, I had to deal with two issues. The first one being nuclear power plant Temelín, the second one being, for an Austrian politician and “Sudetendeutschen” organisations, the controversial Beneš decrees. With regards to the former, my background in physics represented a great advantage, particularly for television and radio debates. I also made use of contacts from my period as a Mayor. The former Mayor of Vienna, Mr. Zilk, had close family ties to the Czech Republic and he was very helpful with regards to strategic documents, such as the housing policy etc. The current Mayor of Vienna, Mr. Michael Häupl, is a chemist by profession and we have been friends for many years. Therefore, I could concentrate on crucial bilateral issues as well as on the support of the Czech community abroad. The Czech community in Vienna has a long and significant history, since Vienna was the city with the largest Czech population in 1905.

I am still active at the International Institute of Applied System Analysis. The institute addresses issues pertinent to mankind, such as energy, food supply, water supply or diversity of various parts of population. There are people of various professions and backgrounds involved – diplomats, Nobel Prize winners, professors, CEOs and also entrepreneurs. Czechoslovakia was a founding country, but the Czech Republic has left the institution with regards to the budget cuts in 1990s. I am glad that my participation enables other Czech citizens to attend conferences as well as keep in touch with the latest research and trends.

Now let us discuss the current phase of your life – you being an entrepreneur and a candidate for Senate.

My father had started a family enterprise but it was primarily my brother who helped him during my active career in politics. Together, we employ approximately 100 people in several enterprises and naturally we feel a great responsibility. As my father was a biologist and a chemist, he held several patents. We started to produce chemicals designed to protect wood, later we added machinery and now even electronics and cryogen techniques, which is my specialisation. It is our advantage that we do not sell our products either to politicians or to municipalities. After my father died, I decided to help my brother.

So what brings you back to politics?

Despite the fact that I am busy with the enterprise and lecturing at the university, I just cannot sit in the pub and criticise current affairs. I have eight grandchildren and so I feel the need to hand the country to them in a better condition. It is not enough to be critical and write an article from time to time. I am an independent candidate supported by the Party of Entrepreneurs of the Czech Republic, a conservative and moderate right wing party. In case of being elected to the Senate, firstly I would like to focus on foreign policy. I have a feeling that nowadays, both deputies and senators like to travel to get to know foreign lands but the overall strategy design to protect interests of our state is lacking. The second area I would like to cover is the legal order and its notorious complications. I personally see how obstructed I am by nonsense laws and regulations and I sense in certain aspects as if totalitarian regime with the presumption of guilt rather than innocence returned. Just very recently, there was a novelisation of the law restricting freedom of gathering, since the Police can nowadays dissolve any gathering merely at their own discretion. However, it took 200 years of fights to get this freedom. Therefore, I will try to nullify many laws. I wish we returned to the very beliefs that started with the Velvet Revolution – more freedom and truth. It makes me sad to see that the opposition is currently quite weak and so the inevitable democratic process of check and balances is at stake.

And your final words to Czech and Slovak Leaders readers?

Thank you for your patience. I wish to all of us more wisdom and less emotions during decision-making moments including in the fall elections. Of course I would like to be elected to make sure I can start working on my vision. However, if it is not me who is elected, I wish all the success to a candidate who is better and has a more articulated vision and programme.