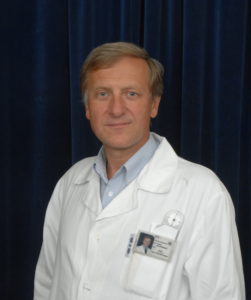 Prof. Jiří Chomiak, MD, PhD., is the Head of Orthopaedic Paediatric Department at the Bulovka Hospital Prague. He also is the Professor of Orthopaedics on First Medical Faculty of Charles University, a FIFA Medical Committee member and an active FIFA doping control officer. He researched and introduced the FIFA 11+ warm up programme designed to prevent injuries for football players in the Czech Republic. He regularly publishes in the top medical journals. Yet, he still manages outpatient practice once a week, focusing on a hip examination of new born babies, in the Bulovka Hospital. That is where we met 13 years ago. I am one of many lucky Czech mothers, whose child got the special, efficient hip treatment, not requiring a surgery, thanks to the early treatment programme. I have always admired his dedication to medicine and patients. As a person, Prof. Chomiak is not very talkative but whatever he says bears enormous depth and wisdom. It was a pleasure and privilege to discuss with him not only the orthopaedic discipline he has dedicated his professional life to, but also his view on sports in general and last but not least the latest development in Czech football which, after the European Football Championship, interests at least a half of the Czech population.

Practising medicine cannot be compared to a profession, it is a mission. You have chosen the domain of orthopaedics. Was there any particular reason for choosing this specialisation?

My journey to the orthopaedics specialisation was a bit complicated. When I was an assistant at the Anatomy Institute, besides teaching, I was also researching the place of neuromuscular synapsis, i.e. the place where the transmission from a nerve into a muscle originates. It was an interesting study but I missed being with patients.

So I decided to join the orthopaedic department. I realised that this specialisation will enable me to continue my research and put the theoretical research into practice in addition to everyday work. I managed that quite well, I applied my knowledge from the anatomical research into several areas dealing with new methods both during examinations as well as surgeries.

Orthopaedics is connected to sports. The Czech language, in fact, includes two sayings and even approaches – the first one “doing sports will bring you health”, the more sceptic one “doing sports will bring you permanent injuries”. Knowing you personally, you are not a supporter of modern, trendy sports such as golf or squash when performed by managers.

I consider the sport being essential activity that can prevent many civilization diseases. However, it needs to be performed adequately. Then the first claim “doing sports will bring you health” is correct. The second saying contains warning. Very often, when amateur sport fans try to reach the same level as professional athletes, they lack the appropriate medical support. As a result, the long term exhaustion and overstretch might bring severe injuries and degenerative, irreversible changes. I have nothing against golf, it is a nice sport but requires a lot of time which I personally do not have. On the contrary, I consider squash liquidating sport for non-professional athletes because those start playing without appropriate training and particularly warm up. Then they end up in my practice with many muscle and hamstrings injuries.

Since 2010, the Bulovka Hospital in Prague 8 has been a FIFA Medical Centre of Excellence (being the first centre of such kind in the region of Central and Eastern Europe). Its aim is to prevent injuries, improve physical and mental health together with the overall well-being of football players. You start working with very young players at the age of seven…So, given the disappointing performance of Czech football players in June at the Euro Cup, when will the condition and consequently the results of Czech players improve?

The question regarding health condition of Czech players is very pertinent, simply because it is far from being optimal. But we are able to address the issue and to improve it. Already in 2009, I introduced the unique warm up programme, the so called FIFA 11+, in the Czech Republic. However, the programme did not get enough support and attention to be introduced all the way to regions. This was in sharp contrast to other top football countries such as Germany, Italy, Spain and Brazil which have embraced this programme from the beginning. Only after we managed to prove the efficiency and the link to lowering the amount of injuries in expert magazines and also on the level of the Czech national representation team, we were asked for co-operation beginning with the North Bohemian region. We will be very glad to do so and so eventually hope to improve the overall health condition of our players.

I am also happy to share the news about the study that the Czech Republic and Switzerland undertook to research the youngest football generation, aged 7-12 years. The unique results were published in the most prestige American Journal of Sport Medicine. However, our aim was to design an appropriate warm up method for children. So the new programme, FIFA 11+ kids, was born and tested in the Czech Republic, Switzerland, Germany and the Netherlands. The results show astonishing 50% lowering of injury, such results were well beyond our expectations. The programme is now ready to be launched world-wide, which is also very good for the reputation of the Czech Republic abroad. Besides that, we are also active in other projects, such as juvenile osteochondrosis dissecans of the knee in football and also prevention of sudden cardiac arrest, which is a serious worldwide problem.

Most of my foreign friends living in the Czech Republic appreciate the high-quality Czech medical doctors and the health system in general. Czech medical doctors are also welcomed during various international projects and assistance to developing countries. You personally took part in MEDEVAC project, when Czech doctors were assisting to refugees in Syria. Don’t you personally regret that the work and quality of Czech doctors is not recognised by the Czech population?

Yes, it is a fact that the quality and work of doctors is not valued adequately. Unfortunately, the prestige of a doctor and patient relationship is also affected. General population believes that doctors’ salaries are horrendously high. However, most people forget that night shifts, emergencies and shifts during holidays are included in these statistics. Doctors must perform these shifts, not only to the detriment of their own personal free time but also health. Nobody in our country doubts that additional working hours should be compensated but when it comes to doctors, people feel it is part of their mission. However, doctors must be compensated financially, so they can be fully dedicated to their work and be able to provide for their families. In the Czech Republic, all medical care is covered from the general health insurance. If patients were required to pay for their irresponsible behaviour and self-damage in form of smoking, alcohol abuse and obesity, then the relationship doctor – patient would be different. We saw how this approach was useful in dental medicine. Special health coverage, known in the Western countries, would be useful and would bring additional finances into the overall health system.

Doctors are often regarded as role models due to their specialisation. What is your approach to sports?

I try to get as much physical activity as possible, even at work. I take stairs instead of the lift. I do not have time for team sports but I ride a bicycle, regularly as a warm up during work days, with higher intensity during weekend. I like to swim and windsurf during my vacations. I also enjoy mountain hiking in summer, and skiing in winter. 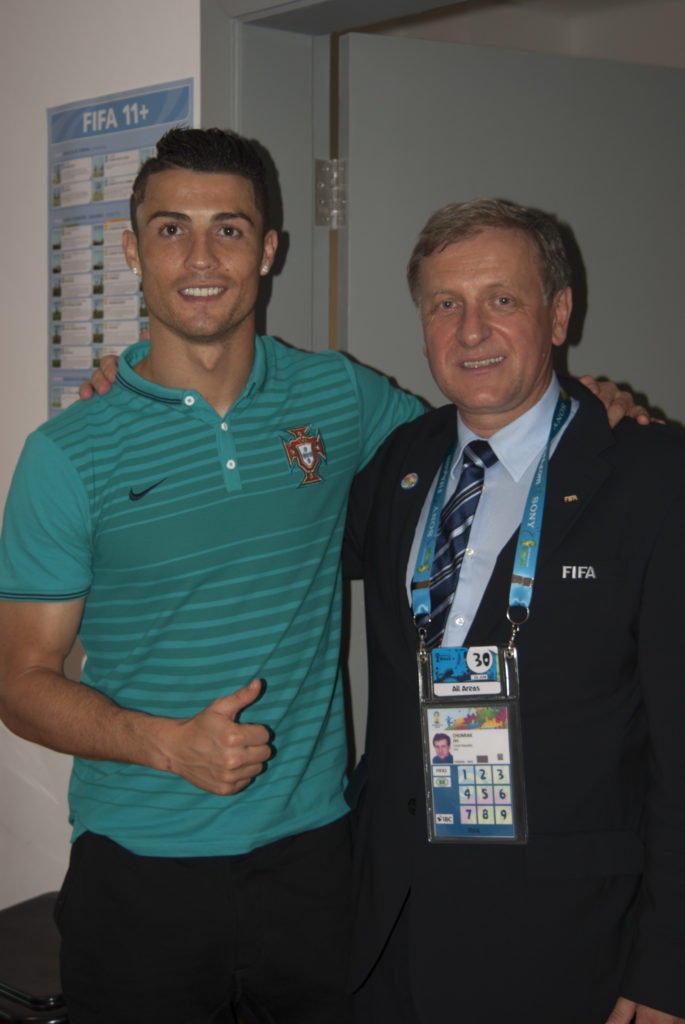 With regards to the life-style and work-life balance, how do you handle the enormous workload? It was impossible to find time for our interview, since on Mondays, Tuesdays and Thursdays you perform surgeries during the day and then you are at your practice, on Wednesdays you have nightshifts on Friday you were flying to the Olympic Games in Rio de Janeiro. During the year, you also accompany many sport teams to various matches and championships.

I believe that it is up to every individual to find their own life philosophy. I truly enjoy what I do and that helps me to deal with the workload. You rightly mentioned that I spend most of my time working. I also enjoy the scientific work as it leads to the feeling of satisfaction that we are able to expand our knowledge on the global scale. And then comes the vision of the weekend, when I am able to relax, spend time with my family and do sports. The fact that I am a FIFA medical committee member brings me to various sport events, which means a lot of travelling but I enjoy connecting with people around the world and seeing new places. I also like making new great friendships.

Being a medical doctor, I advise the general population to find a healthy life style and sport that they like. Avoid heavy consumption of both food and drinks, so you need us, doctors as little as possible.

As a professor of Charles University, I would like to dedicate my last words to the new generation of doctors. Be rigorous and focused, sacrifice a little from your own comfort, make sure you constantly study even abroad and try to work on expanding our existing knowledge further.