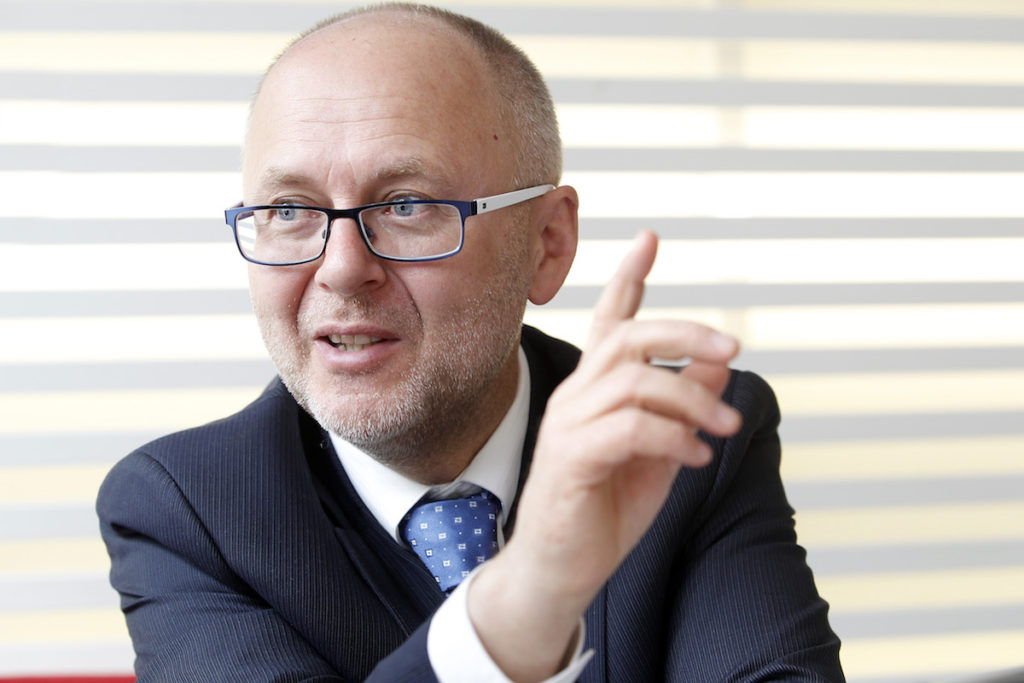 You are the Chairman of the Czech Association of Nanotechnology Industry and also an evangelist of the 3rd Industrial Revolution concept.  After completing university studies in industrial technology, you also studied sociology and psychology.  Having the background in all the above mentioned disciplines, how do you perceive the today’s world and society?

It is clear that we are on the verge of many great changes.  As these are linked to technologies, we can label them as the 3rd Industrial Revolution.   At the same time, such a change will influence the social system, politics and eventually each and every aspect of a human life on the planet.  On one side of the imaginary chessboard we will find technological miracles in the form of the nano-thin invisible layer bringing about energies at no cost.  The price of solar panels has been declining exponentially.  In Australia, there is already technology that enables industrial printing of solar panels on a pliant sheet/ bendable foil.  Each device and each object, including our clothing, will be possible to manufacture own energy.  Energy will be derived from the sun, from the movement and from the interaction of advanced biomaterials.

The other side of the chessboard is the global digital network.  The number of internet users has been skyrocketing.  Each object will have not only its physical shape, but also a digital shape.  At the same time, life will become more local, given the possibilities of 3D or 4D printing, as we will be able to print objects needed for our daily life; food production will also become more local, as well as energy production.   Political discussions will not revolve around the right vs. left but rather centralization vs. decentralization, control and censorship of data vs. freedom.

Nanotechnologies represent a fast growing industry that covers areas from energy, textiles, pharmaceuticals, cosmetics and many others…What else will be nano?

In 1949, the prestigious magazine Popular Mechanics forecast that in the future computers might weight less than 1,5 tons.  Well, they were wrong and nowadays we might consider it a good joke.  However, we need to realize that some key technologies which will significantly impact people’s lives in the next 20 years, so rather near future, have not yet been discovered.  Nowadays, there already exist certain outcomes of research with all possible consequence so hard to imagine when put in practice.  Just to name one example.  What about discovering that the substance bringing energy to cells of a human body can be also used to supply energy to the next generation of supercomputers. Will we have living biological supercomputers with no need of an external energy supply like batteries or electrical network?  Recently, there was a certain technology developed that can detect a DNA molecule with the help of a mobile and a small module with a nanochip.  Does it sound like an episode from Startrek series?

How successful is the Czech Republic in the sphere of nanotechnologies compared to the world?

Let me go back in history, to 1963, and ‘I have a dream’ speech by Martin Luther King.  I believe there is synchronicity, since I was born in 1963.  I have my dream just now, in 2017. A dream about a small country in the heart of Europe where I have lived for 50 years.  I am not a politician; I doubt that Czech politicians have ever dreamt or that they even know how to dream.  My dream is to see the small Czech Republic perceived in the world of technologies like a pearl.  Czech is nano is a slogan that each journalist, politician and businessman is familiar with.  Czech nanofibers from Liberec are spread all over the world.  The air on the planet is being cleaned by the Czech discovery of fotocatalyctic nanocoating.  Some developing countries no more suffer from water shortage, since it is provided thanks to unique Czech mobile hydroplants based on solar energy and nano-membrane filtration.  Moreover, it is able to provide clean water free from E.coli bacteria, which is considered close to a miracle.

The Czech Republic has also become a symbol for post-modern eco-urbanism and local energetics of the 21st century.  There is much more to explore than the Prague Castle panorama or the medieval Castle of Karlštejn.  Tourists are looking for a lifestyle inspiration in the Czech Republic, the so-called localization principle.  Each house is capable of generating all energy needed for its own consumption, storage in 3D nanobateries, being the Czech patent are obviously helping.  Each village and each town has community gardens and the principle of localization has been applied with regards to the food.  Try to supply yourself with everything you consume.  We have fewer roads in desperate need to repair and healthier population.  Mobility in cities is provided by autonomous electrocars.  There is a perfect lifestyle.  The world just envies us.

Concerning nanotechnology, in nanofibre technology we are much further than Israel or the US.  We have many patents. And as I travelled all over the world, I was also pleased that most advanced laboratories use the microscopes from Brno!  In addition to several expert laboratories dedicated to the research in nanotechnologies, we have several dozen companies producing nanotechnology-based products.  We have nanofibre filters and membranes, antiallergic beddings, nanocoating cleaning the air, protection of goods and documents thanks to the nanodots, nano water filters, nano structures used in medicine etc.  The Czech Republic proudly holds several patents in the whole industry.  However, these companies lack means for stronger marketing.  Therefore, we have established The Association of Czech Nanotechnology Industry.

But you have already started to fulfil your nano dream…

One should fulfil one’s own dreams.  Some years ago I managed to persuade one of my friends to jointly establish a nano company.  At the beginning there was a vague idea to set up a trading company but at the end by coincidence we became the manufacturer of anti dust-mite beddings with the Czech nanofiber membrane.  After researching the market, we realized that we are the first and only company having such goods in the  market worldwide.  We were happy about our innovative idea and we started developing products, which we finalized in 2015. At the same time we launched sales and marketing campaigns.  The Czech Republic is going to be nano!

Well, having done several interviews with representatives of SMEs, I know the continuation is unlikely to be a bed of roses…

The reality is that there is little awareness on various levels – public, state and investor levels – about nanotechnology.  The same is true about assistance with marketing abroad.  It is important to change that.  I also regard crucial to start with education of pupils and students so we have a new upcoming generation of nanoscientists.  Let us visit schools and show teachers how the latest technologies are working. Let us hold conferences for both experts and the public and launch nanodays in big cities.  Let us live up to the slogan that appeared in the New York Times a couple years ago:  The Czech Republic is NANO!

There is often a mention of projects which should apply to receive either state or EU funding, however, these are not designed for start-ups.  They require at least three years of proven existence.  Therefore, I support the view that such projects rather tend to help bigger, already established companies.  When it comes to banks, the conditions are similar.  By the way, such situation is the same all over Europe.  In the US, there is a much higher availability of joint venture capital or business angels funds which are not afraid to invest in projects that might appear a bit risky in the beginning.  In the Czech Republic, the main interest is to invest into real estate or IT.  Nevertheless, nanotechnology represents a promising industry and it yields high return on investment, but one needs 5-7 years’ horizon.

What are your final words to Czech and Slovak Leaders readers?

Technology revolution is a big chance for small countries that have a bunch of creative people and we should use this opportunity.  My appeal also goes to potential investors – do not be afraid to invest into technological companies.  Material technologies are the key drivers for other industries and you will certainly get your money back, and multiplied.

Last but not least, let us be proud of what we have and what we have achieved in the Czech Republic.  I was a bit sadden to see Czech newspapers speculate immediately with great enthusiasm about a possible Tesla investment in our country but a Czech invention, a unique 3D nanotech battery, has not been interesting enough for them for a very long time.