“Times are even busier than we expected” 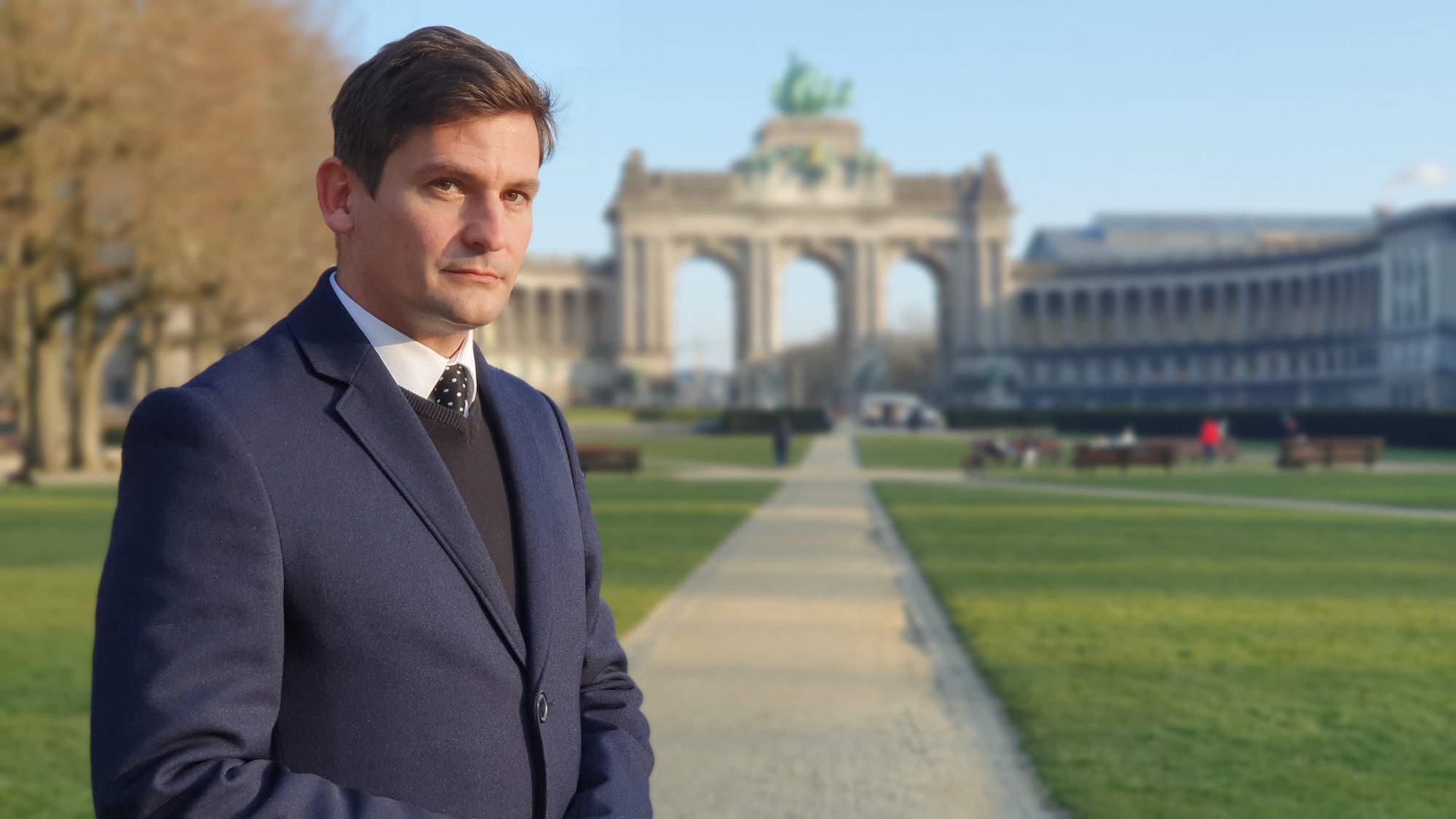 You might know him from the screen. Lukáš Dolanský came to Česká televize, a public television broadcaster in the Czech Republic, in 2010 for the position of political correspondent. This was followed by becoming head of the domestic news desk, presenter of the Hydepark and Události komentáře programs, and, at the moment, Brussels correspondent. After almost five years of reporting from the EU capital, he is able to look back and say: “I knew it would be a busy time. But no one could imagine how much.” Have his feelings about a dream job changed with growing experience? Is reporting from Brussels adventurous? And what will the future bring?

What led you to become a journalist and reporter? Was that your love of asking questions?

It was curiosity that made me what I am. The first time I had a chance to write an article for a newspaper, I was sixteen. And I was amazed then. Thirty years later, the feeling is still the same. That feeling of gathering information, putting it all together with pictures into a story – and presenting it to the public. I started as a newspaper journalist.

Only after ten years of writing for MF Dnes and Lidové noviny, I switched to “visual news”. Now, I am lucky to be working for Česká televize and I still like to discover important issues around myself; I like to gather all the news – and I love to explain it to people watching TV.

As a TV journalist, you have the chance to see many things and talk to many people. How does it work in Brussels and elsewhere?

The truth is that being a Brussels correspondent is not as adventurous as the work of some of my colleagues. However, apart from conducting interviews with many Brussels politicians, such as the presidents of the European Commission and European Parliament or secretary general of NATO, I also had the chance to report on many everyday stories. So, I really enjoyed filming the story about the creator of Belgium’s best pralines. Or a producer of Netherlands’ oysters. Or, I really loved filming a few precious moments in the winter, when all the channels in the Netherlands froze and all the Dutch started to skate on them.

Before I started work as a Brussels correspondent, I was mainly dealing with the Czech political scene. In more than twenty years of reporting, I covered quite a few general elections, presidential elections, and many political breakdowns, as well as dozens of political scandals. And looking back – some of them were quite strange.

You have been reporting about the EU for almost five years. Can you share your impressions and highlights from that time?

Living in Brussels is different. In my life, I had a chance to live in different cities, including Prague, Munich, London, Philadelphia, and Dortmund. Brussels is nothing to be com- pared to. I did not get used to the city yet. But I was told, it takes time. So maybe, one day…

Before I arrived here, I knew it would be a busy time. But no one could imagine how much. First, we had European Parliament elections and fear of the nationalists rising. Then, Brexit followed, and its never-ending talks about a divorce agreement. The next thing was Covid, and a very important role of Brussels in that matter. And now – the Russian invasion in Ukraine.

Before the war in Ukraine, the EU was very divided, has that changed now?

All EU countries finally realized what some of them were pointing out for a long time before. The Russian invasion of Ukraine just proved it. Yes, sadly enough, Putin made the EU great, and united, again. Maybe even more united than ever before. I hope that the EU has learnt its lessons from Covid as well as the current crisis with Russia. That all the “exit” ideas are gone now. However, I feel that more economic turbulences are still lying ahead.

This issue is dedicated to the EU Council presidency of the Czech Republic, which starts on 1 July 2022. What are you expecting from this time?

The news is you are going to change your destination soon. Where would that be?

After almost five years in Brussels, I have gotten an offer to move as a correspondent to London. I was really delighted by this opportunity, and now I am very excited. UK after Brexit is, in my eyes, a very interesting place to be reporting from. Besides my work, I am an urban cyclist, a strong coffee lover, and a father of three. So, as you can imagine, there is not much free time left. However, I love to travel and explore, not only workwise, but also with my family.