“The Czech Army has not been sufficiently financed and has been pushed to the sidelines.” 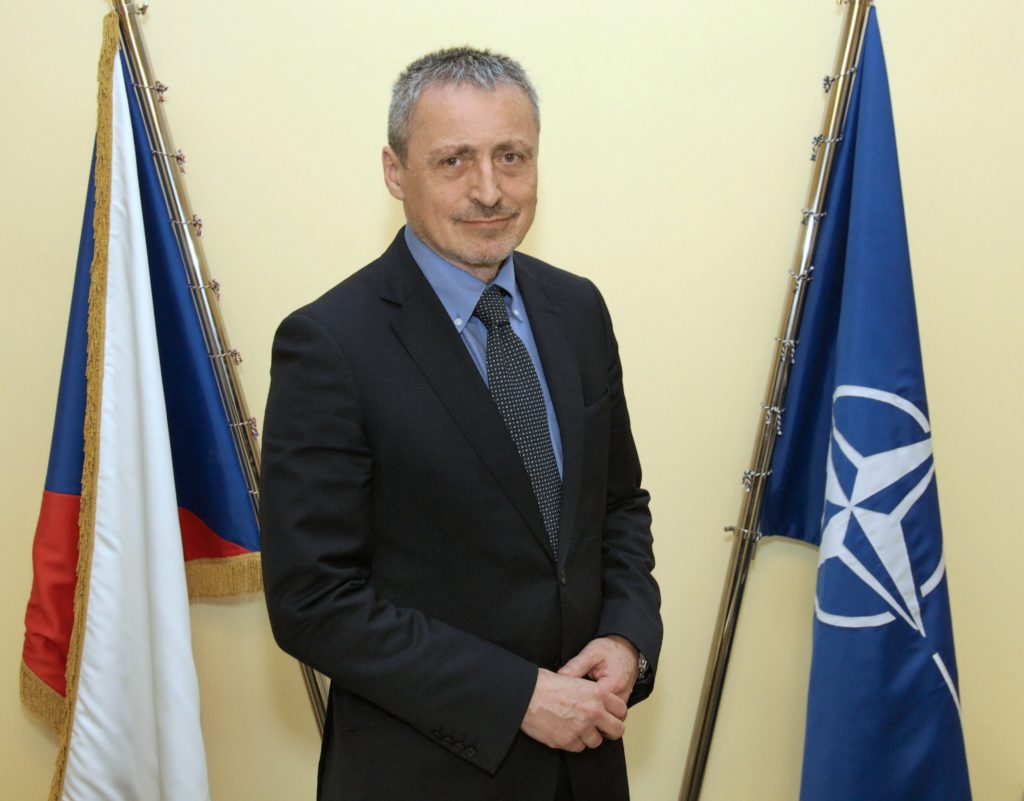 Martin Stropnický, Minister of Defence of the Czech Republic

It was my pleasure to interview for the Czech and Slovak Leaders Magazines one of the most favourite Czech politicians. Besides being Minister of Defence, Martin Stropnický is also known and popular as an actor, director, writer, and singer. Mr. Stropnický studied at the Theatre Faculty of the Academy of Performing Arts in Prague and at the Diplomatic Academy in Vienna. From 1980 until 1990 he worked at the Prague Municipal Theatres and at the Vinohrady Theatre. In 1990, he joined the Ministry of Foreign Affairs and served as Czech Ambassador in Portugal and in Italy at the Holy See. In 1998, he was a member of the caretaker government as Minister of Culture. In 2002, he received the highest Czech theatre award for the role of Howard Katz. From 2003 to 2012, he held the position of Artistic Director of the Vinohrady Theatre. In 2013 he was elected MP in the Czech Parliament and since January 2014 he has been Minister of Defense of the Czech Republic.

Mr. Stropnický, is Europe and the Czech Republic still a safe place? Where do you personally see the biggest threats and how can citizens cope with the situation?

I do not like to terrify people for no reason and therefore my answer will be simple and clear – yes, the Czech Republic and Europe represent a safe place. But we have to be careful and safeguard our democracy and safety more. We all see what is going on around us. After decades of a relatively calm period and having the feeling that nothing can happen, we have now embarked upon a new situation. The security environment has profoundly changed with the annexation of Crimea, hybrid war in East Ukraine, expansion of the Islamic State and terrorist attacks in Europe. We are facing new challenges to which we must find common answers within the EU and NATO. If we want to maintain European space a stable one and economic area in the future, we all need to pull together and solve crises at the place of their origin. Problems cannot be resolved by passivity.

It seems that crisis times for society mean good times for the army. Budget and the number of both active soldiers and soldiers in reserve are growing. How can the Czech Army use this opportunity? And can some positives be found for the society as a whole?

The Czech Army has not been sufficiently financed and has been pushed to the sidelines. This resulted in a hidden debt of 100 bn. CZK (approx. 3.7 bn. EUR) and low numbers of professional soldiers and active reserve soldiers. Now, we are trying to change it. We have managed to secure a higher budget, we have started new modernisation projects, every year we hire two thousand professional soldiers, and we have created more attractive conditions for active reserve soldiers as we would like to increase the numbers from 1,300 to 5,000. All of our activities are designed to ensure a safe environment and maximum protection for the citizens of our country. Many people perceive it the same way. If there is something positive regarding the situation, then it is the patriotism of people and their interest in things happening.

One of your goals was for the Army to become again a trustworthy partner of entrepreneurs, you support the Czech defence industry and you stopped using agents for purchasing. Have you already achieved some specific results?

We have the outline for our defence budget for the next two years and key concept documents that represent a basis for mutual prosperous cooperation. Overall, the Army has a clearly defined plan what to buy and when and the outline for the budget serves as a guarantee that there is a budget secured for the planned acquisition. The domestic industry has the information as what requirements to prepare for in time and as a result the mutual communication has improved. We continuously work on improving acquisition processes. We are dismantling the historic legacy which had a wrong acquisition setup. Companies could see some positive results by the end of this year. Whenever it is possible, we will support multiple-year contracts. These will be concluded with domestic manufacturers and important investment contracts will be concluded for the life cycle of the material required. Overall, in more than two years, we will have done substantial amount of work that will benefit both parties. The common denominator must always be the defence capability of our state.

The Army of the Czech Republic has always belonged to institutions that have managed to maintain high level of credibility, despite adverse conditions. How do you explain this phenomenon and what are the areas that you would like to stress in future development of the Army?

According to the polls, 72 % of the public trusts the Army, which is the highest level from all state institutions. Being the Minister of Defence, I take pride and get motivation for further work. In two and half years in the office, I have visited most of the army units as well as soldiers serving in missions abroad. I witnessed that men and women in uniforms perform extraordinary tasks and so the credibility is well deserved. 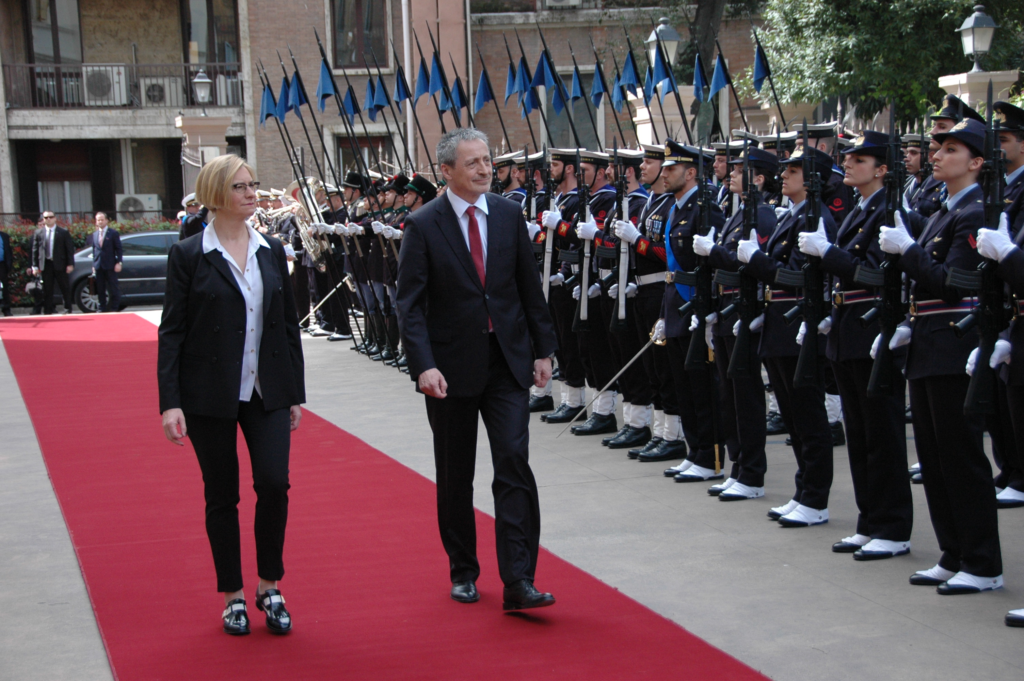 Periods in your career would easily suffice for someone’s lifetime. You had a remarkable career as an actor and director, then in diplomacy and nowadays in politics. What were the lessons learned from each distinct period? Do you still have any unfulfilled plans or dreams? And is there any environment that you miss?

I enjoy changing environments and professions, I enjoy learning and overcoming obstacles. It is true that from time to time I think that it is too much and I would deserve a bit of quiet time. My entry into a political life was totally spontaneous. As a citizen, I felt that the situation in the Czech Republic had become unbearable. I was very satisfied in my personal and professional life, but the public space before 2013 elections started to feel like the period of normalisation (1980s in communist Czechoslovakia – LŠ comment). Perhaps today such words might sound too daring and some smart aleck might laugh at me but I truly entered politics feeling the citizen’s duty.

You are often characterised as extremely committed to work. Is it possible to maintain work-life balance in top politics? And to what extent does the fact that politicians often sacrifice family and free time determine the decision to enter active politics in the first place?

Commitment is just a sign of inner energy that each one of us possesses. It is just the way I am, it is not any special merit. However, as I am getting older, I think that I should slow down. I do not like when someone prides on their productivity. And I totally dislike stories about someone who spends weekends working, on weekdays works from six in the morning until nine in the evening and in the evenings he is angry since his family distracts him from studying papers during dinner time. Someone who cannot have a rest and someone who does not have another dimension, cannot be productive anyway. You cannot save the world by “yielding up the ghost”.

You seem to be a consensual leader. Is it due to your previous experience with acting or diplomacy? And how would you characterise a successful leader?

I cannot say whether I am consensual, I cannot judge myself. Politics is a permanent conflict of ideas. The diversity of ideas is very precious. But the ability to connect the differences from discussion into a functional and prosperous compromise is even more precious. In order to do so, you need to have self-control and patience. You need to have self-confidence without being patronising. And you must not be afraid. No politician will ever admit this but most crises and conflicts originate due to fear. And fear has various causes. But this would be a long story…

I do not think so. Compared to the police, women are respected part of the army. From approximately twenty thousand soldiers, about 15 % are women. In this aspect, we rank in the first half of the NATO countries. We have several high ranking officials such as L-159 CASA airplane pilots or women soldiers participating in foreign missions. I somewhat carefully can say that the only thing we are missing is the female in the ranks of the general. But that is only a matter of time.

Leaders should not forget their roots. They should not think only about themselves getting re-elected. They should be educated, experienced and balanced. They should have the courage to promote the important things in which they believe. If not, then there is a risk that a leader will become a clown.