“My goal has always been to make the EU more accessible, pragmatic and bring it closer to citizens” 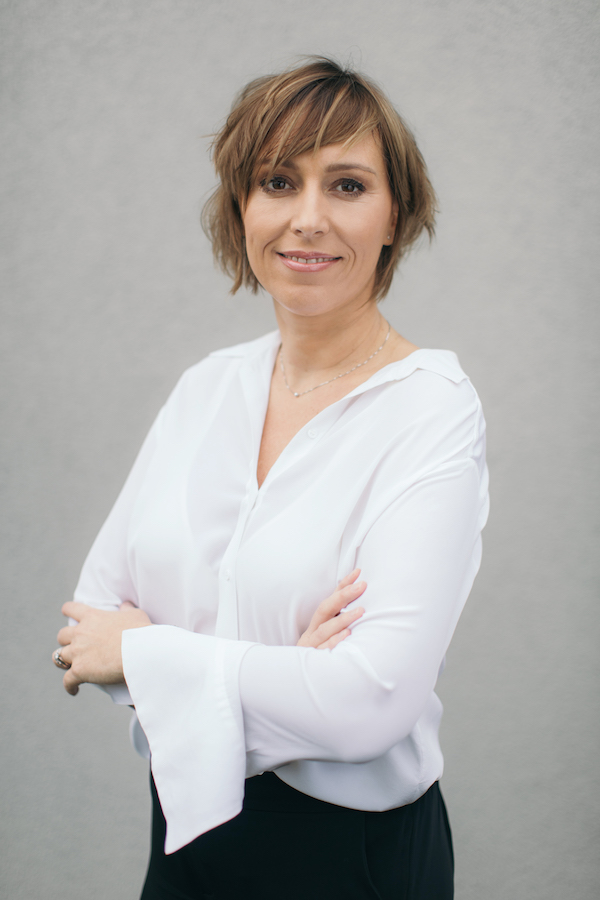 After the EU studies at Padova University where she obtained title Dott., she dedicated her professional life to business and international consulting. She is also a former Chairwoman of the Zlin regional Chamber of Commerce. She has been a member of the European Parliament since 2014. She is a Vice-Chair of the Committee on Budgetary Control where she has been dealing mainly with the auditing of EU funds and controlling and improving the system of their absorption. As an active member of the Committee on Employment and Social Affairs she focuses on youth employment, labour mobility, support of SMEs and creative industries. In the Czech Republic she has launched a motivational project called PročByNe? that offers to young people under 25 years the opportunity to fulfil their professional dreams through exclusive traineeships.

You have experienced a business life. What a normal businesswoman/men expect from the European Parliament?

You cannot never expect more without being willing to give more to it. Coming from business, I have always been very creative and practical person. And when you are full of ideas, you definitely want to make things moving fast. This was my attitude since the beginning. My goal has always been to make EU more accessible, pragmatic and bring it closer to the citizens, to inform people, both in Europe and in the Czech Republic what are the benefits and opportunities and how citizens can make the best out of them. This has not always be an easy task, but when I asked to the audience when delivering my very first speech as a politician, what businesses would actually like to hear from me, one businessman answered: ‘Nothing. Just listen.’ And he was completely right. People nowadays in general stopped to listen to each other. Half of everyone complains that the other half isn’t listening. And those accused of not listening are complaining that they are not being heard. Let’s change it! Whether you’re engaged with a colleague, a family member, a citizen, make it important to start listening. For politicians, there may be no better advice!

My greatest achievement is to see that my work helps making other people’s lives better. It is the case of successful stories of my trainees, who took part in my own project of motivational traineeships called “PročByNe?”, a project that I created in the Czech Republic three years ago. The project is not that much about tackling youth unemployment in the country, but mainly about motivation to fight for our dreams and positive examples. We already have over sixty successful “alumni” who completely changed their lives or got a job offer thanks to their dreamed traineeship. And this is what makes me really happy about my job. Tackling youth unemployment has actually been one of my biggest struggles since the first day of my parliamentary work. Therefore winning the 2015 ‘MEP of the Year’ award in Employment and Social Affairs category (as first Czech MEP ever at that time) and being nominated for the same prize this year too, is a true reward for all my work I put in.

Back in 2014 you said we cannot change anything through pure criticism and negative attitudes towards the EU. Has our attitude towards the EU changed insofar?

I believe we made a good progress but we need to change even more and to come up with creative ideas and constructive approach to EU politics. The past few years have been tough for the Union and they have created a deeply rooted negative feeling towards its institutions. Unfortunately, some national governments blame the EU for their problems and this is something I simply cannot accept. We will not achieve anything by pure criticizing and as it is said: ‘those who live in glass houses should not throw stones’. The EU should not be an excuse to any dubious behaviour or decisions. We are Europe and we are all responsible for the decisions we make, this is what we need to keep explaining to European citizens.

The populism and anti-EU approach is going around Europe. What is the reason behind?

We simply failed to communicate Europe and its achievements. For instance, the media coverage about the EU remains very low as well as their cooperation with politicians; yet these people have the most influence on how the public sees the EU. Unfortunately, the EU failures also get to the news more quickly than its achievements. And this is the root of the problem. However, we should realize that the EU, although facing several crises, is the richest and most successful political and economic complex, ensuring its citizens peace, freedom and prosperity for the past 70 years already. And we should keep this in mind every day. We must go back to the roots and focus on our common values and principles. If we want a future together, we have to work on it together.

Why is the posting of workers so important issue for you?

For me it is in fact a matter of values the EU is built on. Posted workers for me represent a symbol of free movement across Europe and freedom of cross-border provision of services within the single market – values which stood at the very beginning of the European integration and which were the main motivation for countries of Central and Eastern block to join the Union. Spending half of my life in Italy, I have personal experience with doing business abroad and I must say that it is very sad to see that politicians mostly from Western but also other countries nowadays tend to slip into ideological debates rather than dealing with the facts when it comes to posting of workers. They do not realize what the main cause of problem Europe is facing on labour market is. It is not the free movement of persons and services, but its abuse. And we will never solve this problem with protectionist measures or restricting the single market. Those who want to abuse the rules, always find the way and the new administrative burdens will only harm mostly those who abide by them.

You have also focused on better skills for the future. What can the EU offer in this regard, as the education is a national competence?

To find the way, how to help young people overcome the challenges they are facing today. Europe should switch towards more work-based learning, a system that will provide them with the right skills, because skills mismatches affecting individuals and businesses, has become a worrying and growing phenomenon Europe is struggling with. The statistics are quite alarming. Today, more than half of the 12 million long-term unemployed do not have sufficient qualification or skills needed to succeed on the labour market. More than 30 % of highly qualified young people are in jobs that do not match their skills and aspirations and 40% of European employers say they are unable to find people with the skills they require in order to grow and innovate. There are already several tools on both EU and national level, but nothing will change if we do not switch the mind-set first and the way we look at education. As I emphasized in my own report on matching skills and jobs and the New Skills Agenda for Europe, we need to ensure, that current education and skills are always linked to the labour market and its needs. Just as we cannot speak about employment without education, we cannot contemplate education without the employment perspective. I believe education is a collective responsibility; thus it is not a question of national or European level, but we all have to take a hard look at what should be doing differently and how to better anticipate future skills needs through close cooperation between businesses, education and policy makers.

We celebrate 25 years of the Single Market. What are the barriers we are still facing?

There are a lot of them. The EU must now concentrate on completing the Single Market in all areas and removing barriers, especially in the area of provision of services. Social policy should focus on job creation and economic growth rather than building new barriers as it is sadly the practice now in Europe. Although we struggle to improve the functioning of the Single Market on one hand, we hinder its development with protectionist measures dividing Europe on the other hand. We have to bear in mind that Europe’s prosperity depends on its greatest wealth – and it is us, the Europeans who live and work here. In a rapidly changing global world, it will be mainly human capital and skills, which will become the engine of our competitiveness. But we need to make them moving freely to boost competitiveness and support natural wage convergence. In general, we should do our outmost to make people’s life easier, not the opposite; support labour mobility, make favourable environment for boosting entrepreneurship and fight administrative burdens while making rules simple and easily enforceable. Europe, which is not competitive within its internal market, cannot succeed globally.

When should the Czech Republic introduce euro?

I would welcome if the debate on the possibilities of introducing the euro in the Czech Republic was seriously opened, because I do believe that the future of the Czech Republic is undoubtedly within the Eurozone. However, over years, we have been witnessing several failures, which created severe problems across the whole Europe and I think the system should go through a profound reform. It would be a fundamental mistake to start a single currency without having all the instruments that the euro needs. However the Czech Republic cannot stay aside, but actively participate in the reforms and come up with concrete proposals.

Besides the life in politics, do you have any notable hobbies?

First of all, I am a passionate traveller. I love meeting new people and cultures. In fact, my whole life is a journey. After all the years spent in Italy, I regularly travelled to Zlín and my business activity was spread over several sites in Europe. Without exaggeration, I spent a lifetime on the road! I am also an avid reader and the owner of one of the largest collections of copies of The Little Prince in the Central Europe. I managed to collect over 210 various editions in 65 different languages and dialects from 50 countries from France to Japan. However, my biggest hobby, which is definitely worth to fight for, is Europe that works for its citizens!

Thank you for the interview!
Alena Mastantuono, Director of CEBRE – Czech Business Representation to the EU