“Promoting peace and serving community is part of my upbringing” 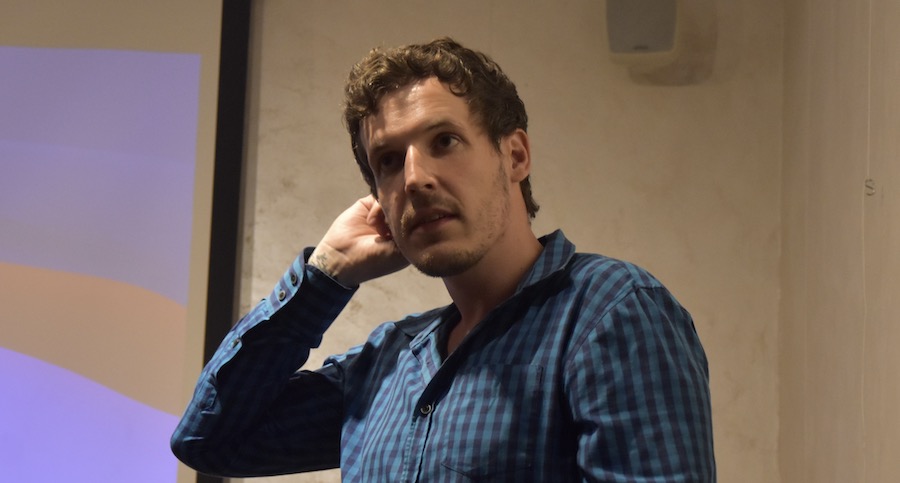 How do you perceive today’s world? If you look at the news headlines, your world is shaped by the return of the Taliban in Afghanistan, climate change and natural disasters, and the covid-19 pandemic. However, beneath the surface, there are many individuals and organizations working on meaningful projects. I personally took part in two projects supporting youth from underprivileged backgrounds this summer. To counter the rather gloomy media outlook, the Czech and Slovak Leaders Magazine decided to create a section dedicated to Young Leaders and to concentrate more on positive news and projects making a difference, having a lasting impact, and making the world a better place.

Let us know if you know of an individual or a story worth mentioning. This is also an opportunity for companies to feature their projects or their future leaders.

It is a pleasure to introduce you to Matěj Keka, who is the Leader of the Speechless Reconciliation project. This project brought 24 youngsters, six educators from four countries of the Balkan region to a nine-day long summer camp in Beskydy mountains and Prague.

The project managed to include various organizations, both Czech and foreign embassies, the Ministry of Foreign Affairs as well as many individuals and even whole families.

Such a project not only changed the lives of individual participants but also made an impact on those who helped with the organization. And I was proud that the Czech Republic had the chance to play such an important role, as these projects represent what we call public diplomacy and shape favourable public opinion towards our country.

The auspices received and support from all the embassies involved also show how unique and substantial this project was. Let me quote Jana Kálmán from the Department of South and Southeastern Europe, a former deputy head of mission in Podgorica, Montenegro and Pristina, Kosovo.

“A series of war conflicts that had accompanied the dissolution of former Yugoslavia, is still in living memory of most population of the Western Balkan territory. Fratricidal violence and hatred that was a part of the breakup of Yugoslavia, created a deep chasm in the society, that still can be seen between the various ethnic groups. This has also had an impact on the young generation, born already after the war. I am glad that a project such as Speechless Reconciliation came into existence. Looking for reconciliation and building understanding and mutual respect throughout the projects that include young generation is the best way possible.”

Matěj Keka was born in the Czech Republic to a Czech mother and a Hungarian father. He recently graduated from the European Academy of Diplomacy and Visegrad School of Political Studies in Poland and joined the Unilever company Future Leaders Program. He will be pursuing an MPA degree at the Diplomatic Academy in Prague. I met Matěj about a year ago when he came to the Rotary Club Prague International. Already during his membership speech, he presented an audacious project about bringing young people from the Balkan region to the Czech Republic. His determination, energy, and focus were simply too hard to resist.

Matěj, how did you come up with such a big project?

The idea of Speechless Reconciliation, bringing together children from orphanage homes in former Yugoslav countries, comes from various sources. I was thinking about carrying out a meaningful project even before I joined Rotary International. A big part of the inspiration comes from my personal experience, the other comes from my educational background as someone who studied cultures and lived in seven different European countries. I am also a passionate history student. Last but not least, I would also say that my urge is to always do something for the community. I don’t define a community by people that live near an individual, but rather as a group of people that have something in common whether it is origin, background, values, or history.

At what point did you decide to involve Rotary Club Prague International?

I knew even before becoming a member of the RCPI that I wanted to use the potential and resources of the Rotary International organization to make this happen. Rotary International is the perfect organization for this kind of project, which is trying to bring peace, reconciliation, and opportunities to disadvantaged youngsters. One of the main reasons is the nature of the organization itself so it came quite naturally to me that Rotary would be a perfect match for this project. And many thanks to the Rotary Foundation for the financial support of the project.

Thus, I would like to share firstly my gratitude to all of the members of the Speechless Reconciliation team, without their decades of experience this project would still be just a dream.

Namely, I would like to thank Casey Holt and Diana Burr for setting up the website of the project that will be vital for the presentation of the outcomes of the project to the public. I would like to thank you, Linda, for helping us with the engagement of the Czech embassies in the region. They were crucial for us. It is necessary to acknowledge Fernanda Escobar who managed to engage various ambassadors from the participating countries. Their support will be crucial for our project in the long term. Gratitude also goes to Gerry Tipple, who as the president of the Rotary Club Prague International took a risk and engaged actively in the project as well as in the summer camp. I would also like to share my deep gratefulness to Mamun Hassan, who made sure that our youngsters tried the best Indian food available in Prague. Our trainers were indispensable, making sure that the youngsters have tangible outcomes from the project. These trainers were Karin Genton-L’Epée, Ellion Kollcaku, and Valery Senichev.

My thanks also goes to the ADRA organization, namely, Renáta Chlebková, who managed to connect me with three fabulous volunteers Laura, Natália, and Gabriela, who were also a critical part of the organizing team of the summer camp.

One of our other important partners that I would like to thank is Lastavica led by Mr. Edo Jaganjac who proved to be very kind and welcoming when he offered us support. I am already looking forward to future cooperation with the Lastavica organization.

Last but not least, I would like to thank from the bottom of my heart the Belon family who were at the center of the success of the summer camp. Tim, Joke, Jens – you are among the kindest people I have ever met! Thank you for being part of the project.

I know that you have thanked many people while we all keep thanking and appreciating you. It still amazes me how you not only dreamed and dared but also managed to undertake such a big project?

I know it might sound like a cliché but one of the most important things I would like to share is the fact that everything is possible. Once you have a clear vision of what you want to achieve, then it’s just a matter of time until you accomplish your goal. My goal was to bring youngsters from orphanages to the Czech Republic and, with the help of various individuals, that is what I have managed to achieve. It takes time and perseverance but eventually it will come. One of the other moments I would like to share is the impact that this project has had on us as organizers but also on the youngsters. Before we started the project we could never have imagined how powerful and impactful it would become.

One of the other things that helped me to create and eventually execute this project is a method that I developed for myself a few years ago. This method has six steps: Want, Deserve, Plan, Execute, Focus, Adjust.

What are the lessons learned and perhaps to be passed on to other young aspiring leaders?

Don’t be too hard on yourself. I struggled a lot with that during the preparations for the project. As a perfectionist, I was trying to do my best and eventually forgot to also enjoy the process itself.

It’s important to have fun while doing good. Sometimes we tend to get lost in all of the todo lists, tasks, and pushing forward without having fun. I have to say that eventually after all of that hard work we have done, we had so much fun during the summer camp.

Do your best and then believe in the best results. Many of us were concerned about what was actually going to happen because, as I already mentioned, we were trying something that was never done before, and thus there was a lot of uncertainty and risks. Sometimes, we were taken away by that fact. However, on the other hand, I have to say that once we established a good rapport and trust among team members we were very much doing our best.

After you get some rest, what are your future plans?

I believe that big things start small and with this group of people with big hearts with the same urge as I have, everything is possible. Even this small success can eventually turn into something bigger that will influence the lives of many; one of our future plans is to make this project even more sustainable. We have a couple of ideas that we are currently working on in our team. Some of them for example, are to provide youngsters with more opportunities such as jobs, internships, online courses, etc. which is, at the end of the day, the motto of our Rotary organization.

However, there is already one thing for sure: Speechless Reconciliation Summer Camp 2021 was just the beginning of something way bigger.

“Speechless Reconciliation is in many ways one of the most ambitious projects our club has undertaken and the fact that we were able to complete it so successfully in such difficult circumstances at Covid times is a great tribute to the team and Matěj’s determined and able management.

There is absolutely no doubt that the youngsters that we were able to bring from North Macedonia, Kosovo, Croatia, and Bosnia & Herzegovina not only made many new friends amongst the other participants but also learned much that will help them to successfully meet the challenges of life. We are determined to repeat this project and are now looking for partners that would like to support these potentially life-changing opportunities for youngsters whose start in life has so often been extremely difficult.”