“To UNDERSTAND and ANALYZE the world” 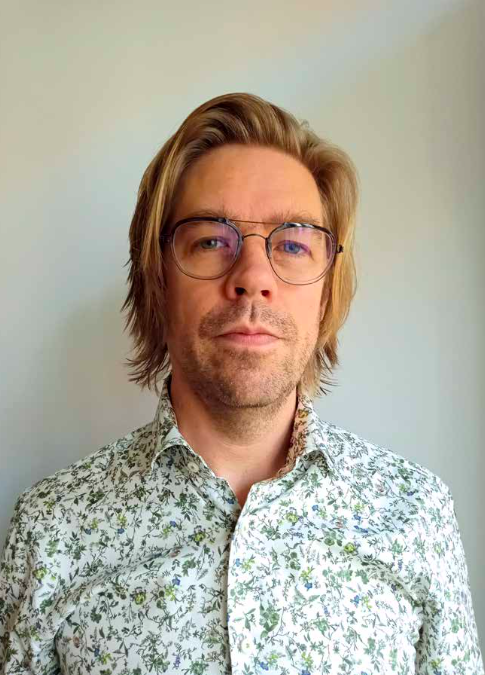 Mats Braun, Head of Department of International Relations and European Studies at Metropolitan University in Prague

From 2010 to 2016, he served as a member of the Executive Council of the Central and eAst European International Studies Association (CEEISA). He was a visiting scholar at the Cornell Institute for European Studies in Ithaca.

His expertise includes European integration, the institutional structure of the EU, international relations of the environment and subregional integration. With Mats, I have discussed the relevant and pressing issues of the EU. I found it quite interesting to compare and contrast his expert view to shallow and biased political proclamations.

How is the EU after Brexit?

If I should give you a brief answer, we do not yet know. The EU has been dealing with several crises over the last decade and not only Brexit – i.e. Euro-zone crisis, Covid, the so-called migration crisis, the Ukraine crisis including the Russian annexation of Crimea that also constitutes a crisis of the EU’s neighborhood policy, and not the least the crisis of liberal democracy in some of its member states. The multiple crises have definitely changed the European integration process and more people today think that we in the future will not necessarily see more integration, but we could end up in a situation with less integration or even disintegration. Yet, the remaining 27 member states are more dependent on the EU’s single market for their economy compared to the UK, and therefore it is not likely that any other country would exit the EU in the short term. It also seems that the short-term impact of Brexit is rather to weaken Eurosceptic parties in other EU member states. Therefore, it is also possible that the multiple crises in the end bring the remaining member states closer together.

And how has it impacted the Czech Republic?

The Czech Republic has lost a close cooperation partner in EU negotiations. The Czech approach has often been similar to the British one, on many issues – economic preferences, enlargement etc.. Therefore Germany and the Czech relations to Germany becomes even more important for the country to influence developments within the EU. The general dynamic within the Council changes and this could also make cooperation forms such as the V4 even more important than it is today. For the Czech Republic there is also the political consequences of not having the Euro. The UK was a big member state not being in the Euro-zone which could have been important when it comes to safeguarding that the Eurogroup does not decide or provide informal agreements on issues that affect other aspects of the single market than the Euro. If the EU is heading towards even more of differentiated integration the British exit could in the future make it more important for the Czech Republic to be a member of all aspects of the integration process including the Euro.

Now, let us discuss the EU and Covid. Based on the previous crisis, the EU has come out stronger. Will this be the case or exception to the rule?

Again, we will be able to tell only in retrospect after some time. In the short run, it is clear that the closed borders and the different strategies applied by member states have weakened the EU, and in particular the idea of a borderless Europe where you can live on one side of a border and work on the other. Some protectionist measures in the beginning of the pandemic might also have weakened the trust between member states. Yet, for the longer time perspective the Covid recovery plan (NextGenerationEU) could be more important. The EU has never been good at dealing with rapid responses, the whole nature of the project is based on providing long term conditions for rule-based cooperation in Europe. Perhaps, in the aftermath of the pandemic there will be a political will to delegate more immediate reaction competences to the EU.

How do you see the future of the EU? I often ask about “known unknowns” – what do we as public do not know and we should know about?

The European Union has been a remarkable stable and successful organization since the foundations of the European integration project in the 1950s. There are several issues that cannot be solved efficiently by the different member states unilaterally and where they need to cooperate and develop joint institutions. From that perspective it is likely that the integration process will continue, and we can even project that the UK in the future will seek a closer relationship with the EU and its single market than was the outcome of the negotiations last year. The problem, however, is that the EU over time increasingly deals with more and more issues. Even if this development often has been for logical reasons based on functionality this has blurred the political accountability. The European integration process is very much elite driven, but citizens care about who makes decision, they need to be able to both identify with decision makers and to hold decision makers accountable. If the EU only and primarily deals with technical standards linked to the single market this is less of a problem, but when the EU decisions have implications for the broader fiscal policies of the member states and on issues linked to for instance migration from third countries then the elite driven form of integration is likely to reach its limits. The EU for this reason needs substantial reforms but the EU is also difficult to reform precisely because the organization is the outcome of lengthy negotiations between member states.

You are based in Prague but you also lecture in Stockholm. Can you compare the Czech and Swedish students? And the Czech and the Swedish academic environment?

When I started teaching in the Czech Republic some 15 years ago, I had the impression that Czech students were less used to discussions and also less trained in independent academic writing. I think this has changed over the years and I do not see the same difference anymore. There is still a difference in how universities in Sweden organize and structure their study programmes and courses compared to what most Czech universities do. In Sweden, in the social sciences, students tend to have three to four courses during a semester, compared to five to six in the Czech Republic. Swedish students have fewer but more extensive courses, and the courses clearly target theoretical and methodological issues. At many Czech universities as a consequence of the higher number of courses, many courses are rather descriptive in their focus. The purpose of university education in the social sciences is to equip the students with instruments that help them to understand and analyze the complex realities of the social world also after graduation. The world changes all the time and empirical knowledge quickly gets dated but theoretical and methodological instruments maintain their usefulness.

When it comes to academic research, I think gradually the difference between Swedish and Czech academia is disappearing. At some point there was in the Czech academia an exaggerated focus on the quantity of outcomes. The result within my field, international relations, political science, was that there were far too many journals publishing articles that no one had the possibility to read. The system of research financing, however, has changed and is now more considering quality. Today there are in my field many well established Czech scholars, and also young talented researchers, who publish their results in the very same international journals as their Swedish colleagues. This, however, does not mean that the institutional conditions are ideal. In particular, there is a lack of stable long-term financing of research. The standard grants from the Czech Science Foundation, for instance, are maximum for three years. This might seem a long period but when you take into account that the review and publishing procedure in high quality journals easily can take one, two years, sometimes even more, the time frame of the grants does not encourage high quality publications.

The pandemic did not make other issues less relevant. We face new challenges, in particular with regards to energy or climate change. What else should be on the agenda?

The Commission under von der Leyen has identified climate and the EU’s green deal as its main task and climate obviously is the number one challenge and not only for the EU. Yet, there are many other pressing issues including solving the issue of a sustainable common asylum policy, the stability of the common currency, but also less commonly discussed topics such as regional cohesion within the EU.