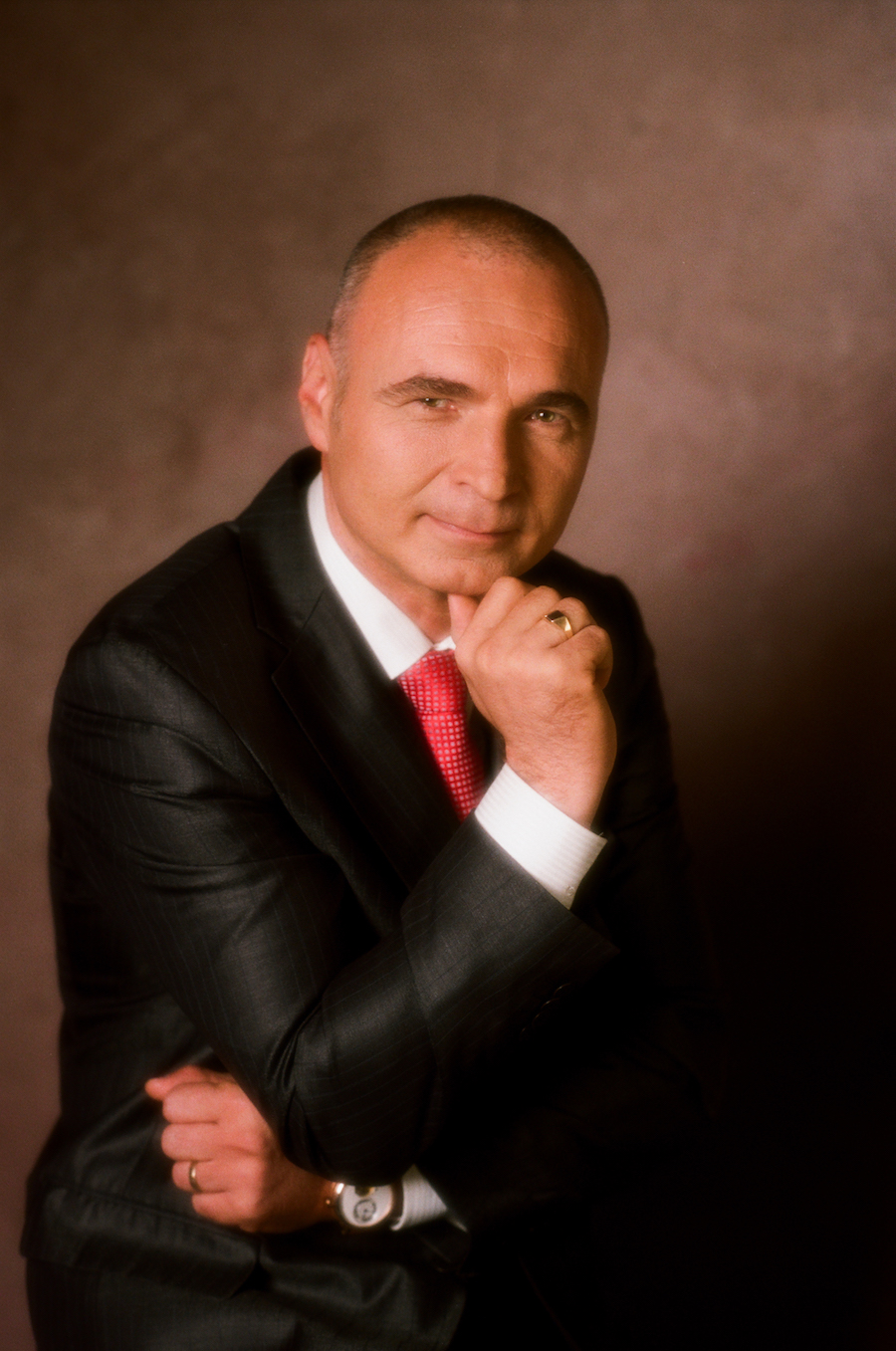 I really enjoyed this interview with MUDr. Michal Sičák. We didn’t meet on Zoom or Webex, nor on Skype… I was instead invited to the residence in Krč, Prague, where Derma Medical Clinic and Altanea are based. With evident pride at having founded it, Dr Sičák gave me a tour of the clinic, which focuses not just on dermatology, but also urology and internal medicine. The word “Covid” was rarely uttered during our discussion, and when it was, it was only incidental. Because if there’s anything we should have learnt from the pandemic, it is that our health is fragile and we need to look after it. And this involves investing in our own health. Besides the welcoming environment and staff, I was impressed that the clinic brought medicine together with the latest technologies. So come with me and gain an insight into the world of new opportunities offered by lasers, cryopens, the ReduStim device, and impedance therapy using specific electrical impulses. And to the men reading this: don’t turn to the next article – both these clinics have particular treatments specifically for you.

Doctor Sičák, you focus on dermatology, neurology and internal medicine at the clinic. Which project are you most proud of?

I’m proud that I managed to get the absolute cutting edge of technology into the Czech Republic, in the form of the XTRAC 308nm excimer laser, which is used to treat the most severe dermatoses. I also consider another success to be the fact that the treatment of psoriasis is now covered by general health insurance. In the West, treatment of psoriasis has long been a standard treatment, as have many laser procedures. Here, laser treatment is still considered a tool of aesthetic medicine, and not a tool used for general treatment. Psoriasis is an autoimmune disease with some degree of heredity, but many factors affect its appearance, and stress is one condition which can worsen it.

We also offer a revolutionary option for treating warts and veruccas. Removal using the cryopen is gentler and more effective than traditional wart and verucca treatment, which is done using liquid nitrogen or lasers. Warts and veruccas are viral in origin, and the use of nitrogen can spread the infection. The treatment of warts on the hand can be lengthier and more laborious than that for veruccas on the foot. We often see clients who have had their warts or veruccas removed a number of times, even surgically, but they have still grown back. Cryopen treatment is effective more than 90 % of the time.

I promised we wouldn’t talk about Covid. But there is a lot of talk that the pandemic has resulted in the public neglecting prevention and not resolving mild or common illnesses. How do you perceive the current health of your patients, whom you have not seen for some time?

I’ve noticed that certain people were very frightened. Instead of focusing on their own illnesses, they were subjected to the stress and fear that the pandemic brought with it. For psoriasis specifically, stress results in a worsening of the clinical condition. Clients whose psoriasis was in remission experienced flare-ups of the disease. Not all patients attended check-ups, and not all took the medicine they had been prescribed. We can see a clear increase in patient numbers in relation to the easing of restrictions. We are once again in a situation where doctors are going to have to deal with an increased influx of patients.

Another unique treatment your clinic offers is in regard to so-called metabolic syndrome. For readers, we should clarify that metabolic syndrome is a term frequently used to cover a number of risk factors such as abdominal obesity, reduced glucose uptake, disorder in lipid levels and hypertension. Patients with this syndrome have an increased risk of developing cardiovascular disease or type 2 diabetes. The danger of metabolic syndrome is mainly in the fact that you don’t feel ill, there is nothing to limit you in your everyday life, and so you don’t feel the need or will to observe treatment measures or take medicine regularly. During the pandemic, most of the population have put on weight and have been forced to limit exercise and sport.

Here too, the latest devices play a big role. Using the ReduStim device, which comes from France, we are able to improve parameters which have an impact on metabolic syndrome. It isn’t a slimming device as such. You shouldn’t expect to come to us to have a lie down, and it will reduce your waist size all by itself. But if you observe a healthy lifestyle and reduce your energy intake, this device really can reduce damaging visceral fat, which is abdominal fat stores around internal organs. Diets and surgery such as liposuction will remove subcutaneous fatty tissue, but until recently we have been unable to affect levels of visceral fat. ReduStim, based on magnet therapy, is truly revolutionary in this regard, because not only can it reduce this so-called “bad fat”, but it also improves lipid levels in your blood and reduces levels of cholesterol and triglycerides. We can even show improved parameters for diabetic patients and patients with impaired glucose tolerance. And laboratory results also show improvements in liver function tests, with reductions in ALT and AST enzymes of an impressive 20 %. Again, the West is considering treatment using this unique technology through public health insurance for a particular set of patients, e.g. type 2 diabetics with a BMI of over 40. As I have already stressed, this really is a medical solution, not a matter of aesthetics. This solution is suitable for men, whose fat is often deposited in the abdomen. We have clinical studies, including magnetic resonance images, which show the outcome of ReduStim treatment, specifically a reduction in fatty tissue of up to 20 %. You can’t get results like that just through exercise. And I’ve got good news for women too, because the device works just as well for both men and women.

Let’s stay with men, but move on to the other part of your clinic, the Altanea clinic. Here, you focus on the non-operative treatment of spinal disc disorders. You treat bulging, slipped and degenerated discs and you also treat weakened pelvic floor for men.

The devices we use at Altanea again come from the USA. We have the latest decompression table designed for non-operative and drug-free spinal decompression, which is safe and pain-free. The entire process is operated by a computer. Decompression therapy provides relief by gently separating vertebrae. It also stimulates the nerves so that the discs can better regenerate. I can demonstrate the effectiveness of this treatment using the example of one specific patient, one we also share on our Facebook page. The initial magnetic resonance images show a slipped disc, indicating the need for an operation. Although the patient was young, he had significant problems with movement. After half a year of treatment, his spinal canal was loosened, and the disc was pulled back into place and strengthened. The patient now has no problems, and is able to do sport and ride a bicycle.

And now a little awareness-raising on pelvic floor dysfunction. After giving birth twice and developing severe Covid-19, I’ve come to realise just how important it is not to neglect this set of muscles.

The group of pelvic floor muscles supports the organs of the lesser pelvis: the bladder, the sex organs and the rectum. The pelvic muscles include sphincters, which are used to control the urethra and rectum. The pelvic floor muscles are also important in stabilising the spine and ensuring correct body posture, and form a component of the so-called core stability system. You are right that this is an issue often discussed in regard to women, because nobody to the present time has focused on it in regard to men. Here, we use electrical stimulation to provide rehabilitation of pre-operative conditions, since good rehabilitation prior to an operation makes it easier and speeds up treatment, and also post-operative conditions to ensure micturition and sexual function are preserved. I dare say that we are still the only clinic raising awareness of pelvic floor issues for men.

Doctor Sičák, how did you get from your original training in internal medicine to medicine based on the latest technologies?

I’ve had experience of both internal medicine and cardiology. I also went over to the pharmaceutical industry for a period, because doctors’ remuneration in the 1990s was very low. I did well within the pharmaceutical industry, and my career was on a successful track first in the Czech Republic, and then internationally. It looked like I wasn’t going to go back to medicine. But it was through my pharmaceutical contacts that I returned to dermatology. And upon returning to the Czech Republic, I began to focus on building my clinic. From dermatology, I gradually moved on to spinal issues, leading me to neurology and physiotherapy. While I don’t have certification in these fields, I’ve got a cutting-edge team of experts around me. I’ve always advocated a holistic approach to medicine, and anyone who wants to can find a space between individual fields. Our entire team and I endeavour to provide new and already proven methods of utilising modern medical devices.

This interview is being conducted for Leaders Magazine, at a time when the pandemic is hopefully coming to an end. My final question is a simple one. What are your next plans?

Well, we began with one clinic, and today we have eleven sites in the Czech Republic. Now, I want to focus on developing the company and its management. And I hope that the post-Covid situation will allow us to expand the company into other countries in Central and Eastern Europe.