“I perceive the media market as STABLE” 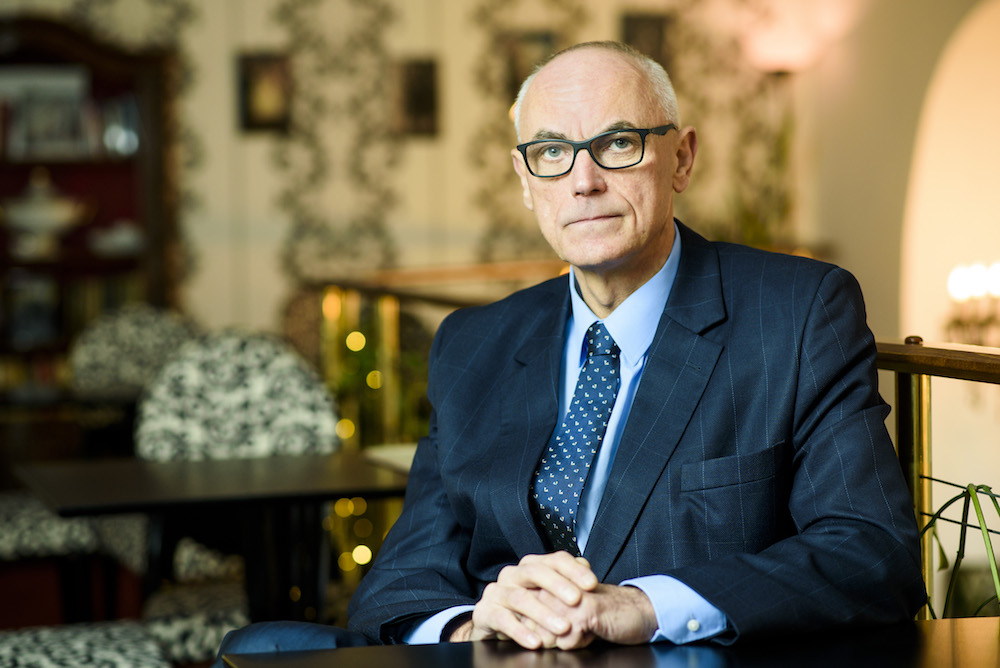 Over the last twenty years, you’ve acquired a strong reputation as a highly successful founder of new media. Could you tell our readers how you have acquired this reputation?

Over the past two decades, I’ve implemented dozens, perhaps hundreds, of media projects in many countries, the vast majority of which became the number one products in their country. The most well-known of these is Blesk in the Czech Republic, and then a range of other television, audiotex, print and internet projects, the most significant of which include the restructuring and rescue of TV Prima, the restructuring of TV Nova and a range of magazines from Reflex, the Televize weekly to regional papers such as Moravskoslezský den.

What was your path to the “media market”? Are there any milestones in your career you’d like to tell us about?

First I set up the economic weekly Profit, which was extraordinarily successful both in the Czech and Slovak Republics – this was in 1989. Like all my projects, Profit was built from the ground up, from scratch. Eventually I had founded the largest publishers in the Czech and Slovak Republics – Ringier – built up from nothing. When I sold my share, I was still in control of 40 percent of the market (the company is still operating in Slovakia under the name Ringier SR, and in the Czech Republic as the CNC Group). I have also worked in Vltava Labe Media publishers, in TV Nova, Prime Television and essentially all major media projects in the Czech Republic. I have always strived for absolute in-novation, so I am behind, e.g., the first colour newspaper, the first Sunday newspaper, I created a unique Sunday distribution system, implemented the first telephone lottery, I was the first to include a magazine within a newspaper, we were the first to number newspapers, we were the first to launch reader competitions and we started daily campaigns to promote sales.

What do you think of the current Czech media market, in particular in terms of the arrival of strong Czech investors and their roles in Czech media?

I think Czech investors are acting entirely legitimately. After Andrej Babiš purchased MaFra, essen-tially all strong business entities purchased media groups from foreign proprietors. This is important to them in particular to protect media attacks from rivals, giving them the opportunity to defend them-selves and present their perspective on events in the Czech Republic. Foreign proprietors had begun to worry about the intertwining of politicians and financial groups with the media and made the decision to sell quickly. Overall, the media market in the Czech Republic is fairly stable from my perspective; I anticipate CME or Television Nova will shortly be purchased as the last major acquisitions in the Czech Republic.

Your most recent, much-discussed, project is a collaboration with Czech billionaire Ivo Valen-ta… What media and activities does this involve?

I’ve worked with Ivo Valenta a number of years, and I must say very successfully. Our collaboration mainly involves internet products, of which I could mention the very popular website Parlamentní Listy.cz. This medium has brought us great business success, but what pleases me even more is its large visitor numbers – over 300 thousand readers visit the site every day. Parlamentní listy is excep-tional in the Czech market – its profile is a liberal medium which gives space to all political and social positions without differentiation. It is the first medium into which politicians can insert their own un-censored articles and communicate directly to the readers asking them questions. This is a phenome-non which can no longer be termed simply a medium. It has literally created its own media “landscape” in the Czech Republic and has helped influence the decisions of millions of people. I also work with Ivo Valenta on regional projects such as Praha TV and TV Slovácko, while we have recently joined Regionální televise CZ and founded TV Brno. We would also like to establish ourselves more in Slo-vakia.

Besides the above, you’re also known as an eminent expert in public relations; have you still got time for such activities?

Yes; I’ve been working for many years as a public relations and marketing expert for major Czech and global companies, and I continue to do so. These include, e.g., Pilsner Urquell, Allianz, PPF, Lagardere, Axel Springer and others. Since 1991, I have owned E-Centrum a.s., which undertakes not just public relations activities, but is also a major player in the property sector. Besides these activities, I am also working for original well-known Czech brands – I have invested significant sums to protect the traditional and sole watch manufacturer in Bohemia, Prim, and I have now got them a leading stra-tegic partner, Czechoslovak Group. I’m not a great fan of watches, but I wanted to protect a unique Czech product and brand.

Not many people realise you are also a philanthropist, as you do not showcase this part of your life much. Can you tell us what fields you support here?

I’ve been working on charity projects for over twenty-five years, and I even set up Nadace pro ob-novu a rozvoj (Restoration and Renewal Foundation) for that purpose. But in contrast to others, I don’t boast of my charity even though I invest significant funds in it. I think it is the duty of all suc-cessful people to provide help to these who need it, especially disabled people, or e.g. through local and regional activities. The Restoration and Renewal Foundation is one of the ten largest donors in the Czech Republic in terms of the value of its donor fund, or what it donates each year, yet we only use my own private funds, with the foundation not drawing from any other funds.

What does the word “leader” mean to you? How do you perceive it, and how would you de-scribe yourself as a leader?

I understand the word leader to mean someone with a real leadership position who is always at the forefront, whether in terms of vision or realisation. It’s about controlling a particular sector and achieving number one position as quickly as possible. In terms of myself, I have always tried to do this, and still do. You should never be satisfied with being average or above-average; that’s not enough. Striving for the top position is always a priority.