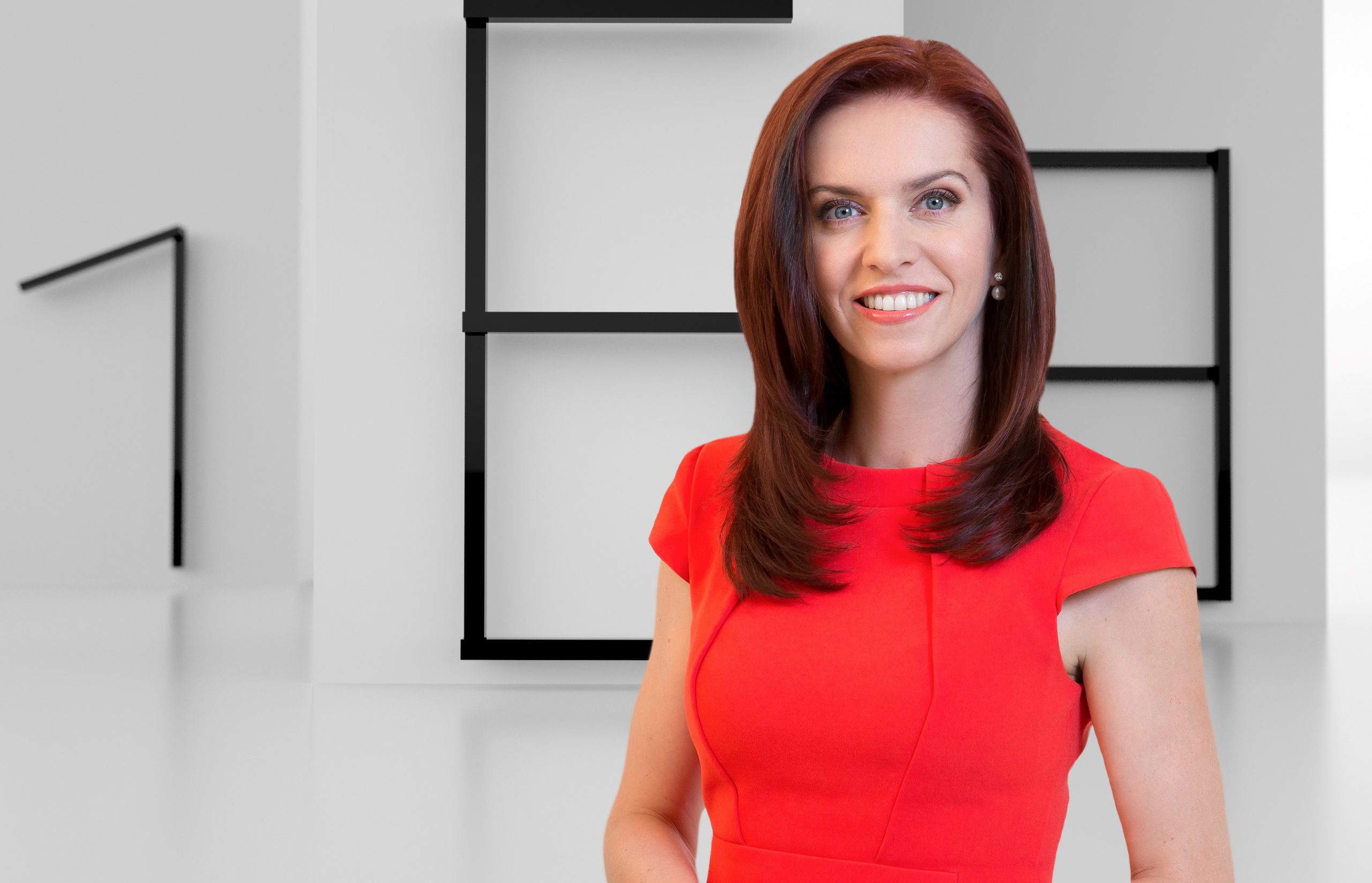 For many, the undisputable heroes of these days are the medical doctors, nurses, social care workers and shop assistants.  I would like to write about those who have been forgotten…single mothers or parents. There are about 200 000 incomplete families in the Czech Republic and most single mothers have lost employment due to the quarantine measures.  Many of the single parents (both men and women) were working part-time, contract based only, so the Czech government’s compensation scheme designed for workers and entrepreneurs does not cover this vulnerable, yet specific group.  Labor offices as well as social institutions are mostly closed, so there is no access to temporary relief funds or services. Alimony from ex-spouses has stopped.  Many of the single mothers live in rented flats, which is an additional stress.   Then add in the pressure of uncertainty, stress from the future, missing income of the second parent and the troubles with home-schooling as well as being in lock down for most of the day.  Instead of partially subsidized lunches, they cook two meals per day.  How many dishes are you able to cook for about a half euro per day?  Single mothers belong to the most economically deprived group, one-half having less than 20 000 Czech crowns per month, and one-third less than 10 000 Czech crowns.  Join the Single Mothers’ Facebook group, which has more than 11 000 members, to get a real picture of daily life and some inspiration.  And, as the day comes to a close, recipes are mostly exchanged for solutions of algebra homework.

One-way Czech frontal education has switched to on-line learning, and mostly it remained one-way communication only.  Traditional Czech schools started to send out homework and assignments, expecting that every household is equipped with several computers, computer savvy parents and super-fast internet connection, printers and scanners included, of course.  One computer per household is not enough, as most Zoom and on-line sessions run simultaneously.  Ideally, each child should have their own device, which is not a standard in even many middle-class families, let alone the lowest income ones. Children from vulnerable social groups have started to lag behind their peers or were penalized for delivering homework late or for sending them via mobile not scanned (as teachers considered this cheating).

By the way, if you think that helping providing PCs is an ideal CSR activity for some popular retailers, the most popular on-line store offered to provide five (sic!) computers via its foundation, with a cumbersome paperwork process.  Further, it offers a monthly lease for 300 CZK, which is a sum that single parents cannot afford.

When Tereza Vohryzková, an activist and a mother of two, started a Facebook appeal to collect computers to help single mothers and their children, I decided to help her.  Let me thank all my friends who donated their old computers, those who helped with on-line advice regarding maintenance and my daughter, who became a part-time PC upgrade expert.  Until I became involved, I did not imagine that delivering four upgraded devices would take me almost two weeks.

So far, Tereza has helped to distribute more than 100 notebooks, computers and printers. When I sent her a thank you note I got from a single mother, sharing that not only did I deliver the computer but I was the only one who bought Easter eggs and chocolates for her kids, Tereza remarked, “It feels sad how little people believe that someone would help them.”  When asked to make an appeal regarding her experience with this charity project she continues,  “I wish people would start to pay more attention to others and start asking if someone actually needs help.  Many people are willing to help, they just do not know that someone, maybe a next-door neighbor or a family of their children’s classmate, is in need.”

It is true that single mothers have often been let down by their partners, families, officials, government representatives, teachers, school directors and many others.  However, they do have one fervent supporter. Nora Fridrichová, a famous Czech TV investigative journalist, is known for protecting the most vulnerable ones in the society.  Her most popular reports during the Covid-19 crises dealt with single mothers and seniors.  She has been supporting single mothers for more than two years. Last year, she started a collection of clothing for single mothers.  Later, she managed to turn the basement of the Czech Television into a storage with winter clothes and equipment for children.  Now, during the Covid-19 crisis, she is organizing shopping with delivery for single mums.  Her appeal raised more than two million Czech crowns within one week.  Nora herself was surprised that the appeal attracted the attention of men as, up to now, mostly women were concerned about helping women.

I had the privilege to ask Nora a few questions regarding single mothers and the current situation for the Czech and Slovak Leaders Magazine.

Nora, how would you compare the situation of Czech single mothers to the other states in the EU?

Financially, single parent families are not in a good position anywhere, but in the Czech Republic, single mothers easily fall into the group endangered by poverty.  You have already mentioned the monthly income of less than 10 000 Czech crowns.  Only every fourth mother has the means to buy fruits and vegetables regularly.  I see two problems – low alimony and the lack of affordable housing.  The average alimony is about 2000 Czech crowns, which is the price of one pair of quality shoes.   As only one-half of single mothers owns their own housing, they are forced to spend a substantial part of income on rent.  I see that most packages go to tiny villages where the rent is low.  However, without a car, children are not able to participate in any afterschool activities and thus social exclusion is passed on to the next generation.

Based on my information, there is no woman represented in the expert crisis management circle of the Czech government.  Is this one of the reasons why the most vulnerable groups, such as single mothers, single parents, pregnant women or seniors were overlooked or forgotten during this pandemic?

Well, there are two women ministers in the government, Minister of Finance and Minister of Labor and Social Affairs.  Both could be actively engaged in this issue; in reality, help to single mothers comes as the last priority.  I personally explain it through a political pragmatism – single mothers do not represent an interesting or influential voters’ group.  Only six weeks after the crisis, some financial schemes were provided for contract workers, many of them working exactly under these schemes.  Instead, the government kept providing more security for employees, which was already at a sufficient level.  It is useful to remind everyone about the upcoming elections in the fall.

You mentioned that you were quite surprised by the engagement of men in this issue.  Next to finance, is there a possibility that men will continue their interest in other issues related to gender gap?

I cannot say.  At least male politicians have stopped sending unwanted advice to single mothers about “finding a better partner or a sponsor”, which was the case of one politician from the Christian-Democratic party.  The fact is that my fundraising for single mothers truly took off after Karel Haring, a sport journalist, supported it.  I thanked him on social media, as I always do, and others started to write that they wanted to join.  Until now, I have had experience with women donors.  Currently, the ratio is 50:50.  It is very important that men began to be involved in the issue of single parents.  It is proven that once an issue for a group becomes an issue for the whole society, there is a bigger will to find a permanent solution.

Covid-19 has shown many positive stories of mutual help, solidarity and assistance.  Personally, I am worried about the widening of the scissors between the poor and the wealthy in our society.  What are your thoughts?

Single mothers are truly strong.  They can manage with so little.  1000 Czech crowns represent a big sum and they can make miracles.  For me, they are the true heroes of these days and the smartest group in terms of saving and economic thinking.  For example, if they have a chicken, they find ways to use every last bit.  If these women were asked to think about some investments, I believe that it would be money well spent.  Despite being in an economically detrimental situation, they will manage somehow.  The question to ask is about the quality of life when you are permanently worried and afraid of what tomorrow may bring.

Many individuals are trying to help in many ways. Donating clothes, food, cosmetics or even time for distance learning.  Any help counts. My daughter has helped with installing upgrades on computers.  She also finally cleared her room and donated a pile of clothes to a less fortunate teenage girl.  My friends started to supply me with older but functioning phones, tablets and computers.  My very dear friend, and a former mentor of mine, Brigitte Lintner, an Austrian living in Prague, for more than two decades, offered English or German language lessons on-line to children.  “Soon after the state of emergency was declared, I noticed a request published by Nora Fridrichová, asking for volunteers to run schooling sessions on TV. Since I am not a teacher and since I do not speak Czech well enough, this request did not seem to be for me.  A few days later, I changed my mind.  I got inspired by various volunteer activities of my friends in Ireland; I realized I could offer some English or German conversation classes for students, to make sure they don’t lose their courage and ability to speak and to bring a bit of “fun” into their days of isolation at home.  I got in touch with Nora, she liked the idea, posted the news on Facebook and very quickly I had kids contacting me via various social media. They are all wonderful youngsters, at different levels, calling in from different parts of the country.  I can see that they are eager to speak, learn and try to be creative in getting their message across. They are all very brave to have the courage and talk to me as a complete stranger, in a foreign language. Yes, I am not a teacher, nor am I a native speaker but I have tutored English for many years; for me English is the second “mother tongue”.  A few days ago, I expanded the offer and now started to include English for Moms as well – let’s see how that will develop. I am ready to listen to them as well, I am ready to help them get out of their comfort zone and brighten up their days by doing something else than cooking, checking  homework or worrying about things we have no influence over.  I find on-line tutoring truly rewarding, I enjoy meeting these promising youngsters on-line, meeting some of the mothers and knowing I can make a difference for a few people at least – and YES, we all CAN do that!

Any ideas how to help single mothers?Write us at linda.stucbartova@czechleaders.com and we will be happy to provide the connection.