“I am here to give back” 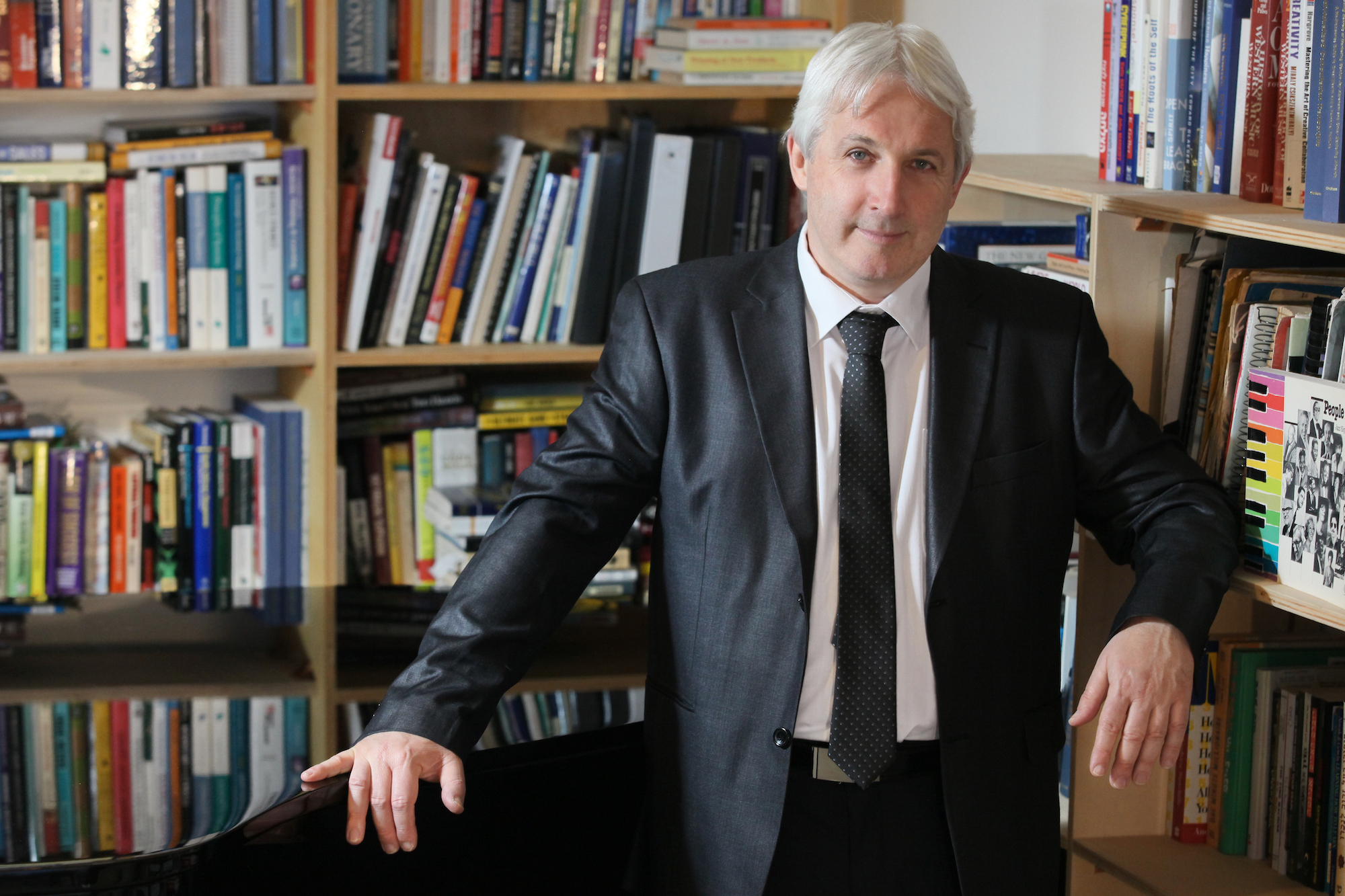 Opher Brayer is a leading Israeli expert on talent development, mentor, coach and teacher, known for his activities in both the corporate and educational world.  In 2016 he started his educational activities in the Ústí nad Labem region.  In his interview he does not only discusses his activities but also his views of Czechs, today’s world and philanthropy followed by business opportunities.

For more information, go www.stages.global or to YouTube channel.

Opher, you started your educational activities in Ústí nad Labem.  To use an Israeli parallel, will Ústí nad Labem become the second Ber-Ševa?

Each country has its own specifics.  Ber-Ševa in fact can serve as an example of a city built in a desert, which thanks to a great university and continuous support of the Israeli government became a technology hub for many IT companies and is now leading in cyber security.  Ústí nad Labem will have to find its own model.  In general, I see the great potential the Czech Republic has to offer.  Strategically, its position between the West and the East can truly impact Europe. Czechs are intelligent people with great intellectual capabilities.  You need to add entrepreneurship, in the form of both action and courage, and then Czechs can make an impact on the European Union level.  Having said this, I need to stress one important element that Czechs are lacking: the vision.  I see that the country is living on its past results.  You have many entrepreneurial icons, such as Baťa, but his success dates back more than a half of the century.  Since then, the world has profoundly changed.  Look at companies such as Amazon, Apple or Google that have emerged in the US.  From many discussions with Czechs, I have the feeling that you want to live in the past which you tend to romanticize.  I was not surprised to find out that the Czech Republic is a country being officially branded as a land of stories.  However, the stories are based on past successes, not the current ones.  Let us take an example of contact lenses.  Such a great invention, but who made money out of it?  Americans did.  Regardless of nationalities people have the need to feel proud.  What are Czechs proud about in regard to current achievements?  What is the leadership they demonstrate with regards to a particular industry?  I do not see any.  On the other hand, I tend to see a focus on the comfortable life style.  You tend to retreat to private life a lot, you go and pick mushrooms, ride bicycles, have a nice time with family, you smile, and you choose to be happy.

You mentioned that without a vision, there is no future.  What is your vision for Czechs to achieve relevant results with regards to today’s value?

In the past, you were a successful country of engineers.  Those were times where you had vision, you worked hard to achieve it and you succeeded.  You were amongst the best in chemistry and engineering.  This seems to be lost now.  My aim is to take the Czech Republic and to change ten cities.  It is hard to change the whole country.  But if you take ten cities, you change the country.  My project consists of four elements and it is centered around the very ecosystem of cities.  Cities represent an ecosystem for growth.  If you take an example of Ústí nad Labem, 30 percent of people left the city in the past seven years.  There are no jobs, which means no future.  More cities are likely to follow a similar path of decline, as the companies will be closing their subsidiaries due to international competition and other reasons, such as often mentioned Amazon factor.

The first thing to do is to educate people about what is going in the world to prepare them for the future.  I talk to many parents and they themselves do not know what is happening or understand the current world.  Most people do not speak English in the Czech Republic.  Most information regarding the latest research and development, is easily accessible on the internet, but it is in English.  I myself study every morning for two hours about the latest developments.  Czech teachers do not know English.  They cannot follow the latest trends at a YouTube channel, for example in the sphere of robotics which will take people’s jobs.  If teachers do know themselves, they do not feel the need to prepare children for the future.  Therefore, educating the people is the first step to the system change.  Since people will be driving the change, they need to be engaged and to do so, they need to be aware.

Your project is called Stages.  Your work with teachers represents only the first stage.

I started with educating the teachers as they impact the children.  Teachers spend up to six hours with children every day.  Currently, I work with 26 teachers at eight different schools in the area of Ústí nad Labem and Mnichovo Hradiště.  These 26 teachers teach 531 kids.  I started this project in three months, after I came as a visitor to the Czech Republic.  I trained the teachers, they started to teach the kids and we have phenomenal results.  All the information is available on our YouTube channel documenting the Stages project.  We have many stories about how teachers transformed themselves and the children.

Now, we go to the second phase, when the parents will be educated through teachers and other parents.  In August, I spent one-week training eight “Master teachers” who will become the teachers of the teachers in the future.  Next year, I plan to work with 15 cities and our aim is to train 400 teachers, which will impact already 8 000 children.  We did not change anything in the school curriculum, as the systemic level change is the most difficult one to pursue.  We simply enhance the children’s ability to learn.  The teachers spend three to seven minutes in the beginning of the lesson playing games that enhance the ability to learn.  In addition to the numbers of teachers involved and teachers impacted, I am proud to say that we have received positive media coverage, without paying any PR agency.  Currently, we are discussing the possibilities to get government support.  We hope to spread the concept into adult education and new professions.  I intend to bring investors from the United States to invest in the cities to change the whole ecosystem, as I have mentioned in the beginning.  We have volunteers, we have supporters, such as ICUK (Innovation Centre of Ústí nad Labem Region) and UJEP University and until now all the investments has been made by me and my partner. So far, we have not received any financial support at all.

You mentioned that the reason why you came to the Czech Republic is to pay back the help Czechoslovakia provided to Israel by providing arms during the War of Independence.   I understand this emotional part.  However, Israelis are also known as good businessmen and investors.  What is the business side of your project?

I maintain that coming to the Czech Republic and helping to advance the educational system is purely my personal motivation. I am not supported by the Israeli government either.  The investment money will follow later but not from the education system.  I came to change the education because this is what I know the best.  Let us assume I will help to raise 2000 geniuses, true experts in science, technology and AI.  They are most likely to leave the country because there is no ecosystem ready to absorb them.  There is no need to raise the geniuses if you do not have the system ready to support them.  That is why I talk about the ecosystem.  I can illustrate this by a very moving story.  In one of the teachers training, a teenage boy aged 16, came to me and begged the teachers to use “Stages system” to support his little brothers not to leave the region.  He said: “You have already lost me as I see I have no future here.  I wish I could change this for the others.”  Had this statement appeared in the US on the Oprah Winfrey show, all the US would be crying.  In the Czech Republic, it seems that no one cares, that is why we make money in Singapore, Silicone Valley and other countries.

Working with underprivileged children is a feature that makes your project unique.  Often, educational projects concentrate on finding and cultivating the top talents.

Again, Israel can serve as an example.  A unique project Unistream was founded approximately 30 years ago, bringing Jewish and Muslim children together to build start-ups.  These teenagers are helped and mentored by CEOs of major companies, and they also get investments from venture capital.  Imagine that children from underprivileged environment have much better ideas than some talented adults.  The project was started by an individual who came from a similar poverty-stricken environment and he decided to launch the project to help others.  It proved to be successful.  In the Czech Republic, we work with Roma kids.  What is their main challenge?  The same faced by the majority of population.  Remember how I talked earlier about people’s need to feel proud?  Roma children have very low self-esteem.  Working with my methodology, they realized that they are talented and that they can solve riddles very easily.  In mixed classes, Roma kids see they have the same abilities as other kids, because they can problem solve like their peers.  We are back to the self-esteem.  In the Czech Republic; I hear everywhere “It is not possible”.  Only people with low esteem have a fear of failure and that is why Czechs are obsessed with waiting for the academic proof.  There was not academic proof behind Google, Facebook, and Airbnb before they were invented.  We live in the disruptive world.  In the US, people say “Yes, we can”.  The world can change.  In Israel, we say “Just do it”.  This is what I do.  I am always interested in partnering, get in touch if you know about an educational institution, city or a region that is interested in joining Stages or if you are interested to partner as a business.