“I’ve taken my own path” 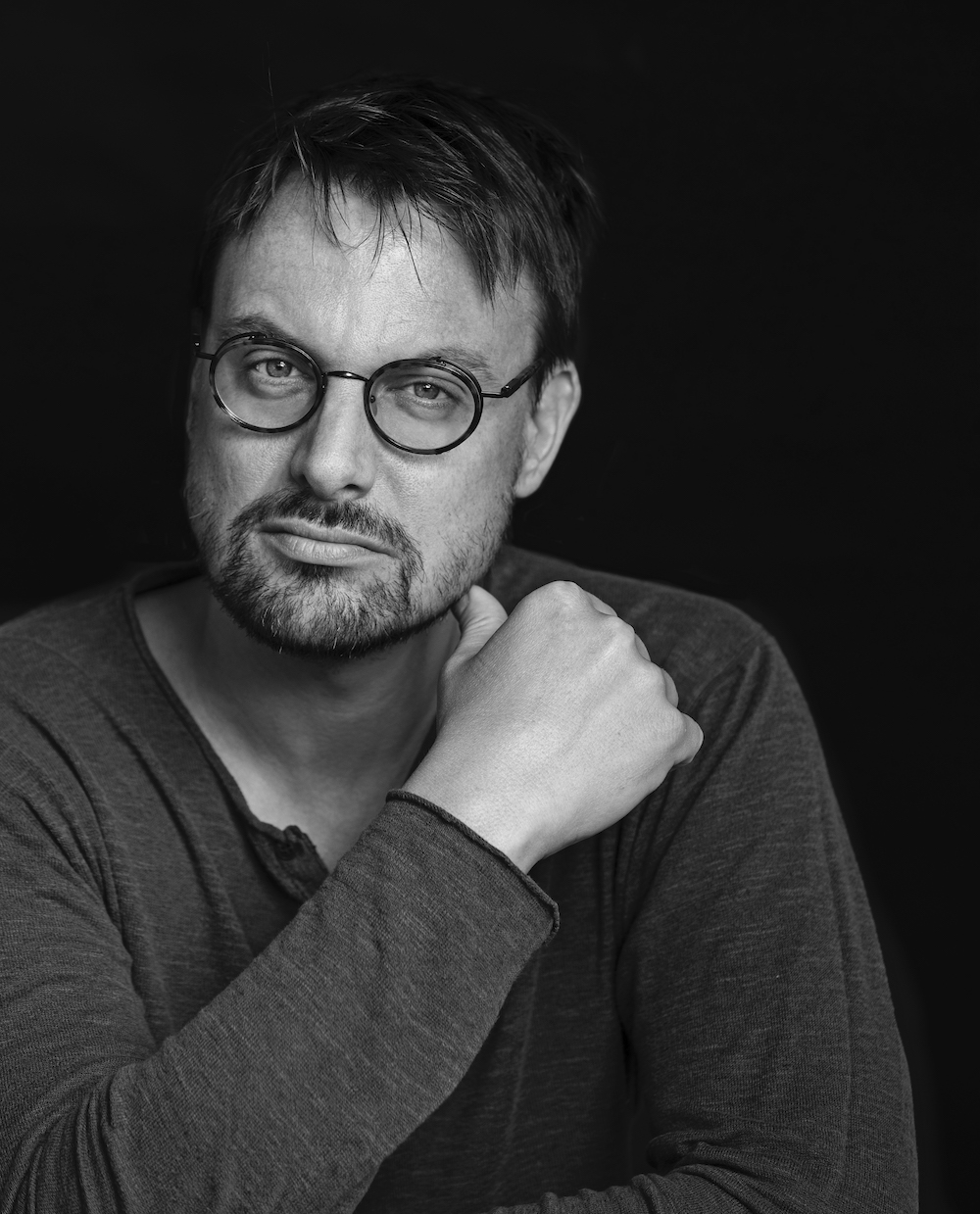 Pavel Černoch is one of the most sought-after tenors of recent years. He began his career at the top of his profession at the age of 30. Since his debut at the Bavarian State Opera, he has performed at major opera houses such as Milan’s La Scala, the Vienna State Opera, London’s Covent Garden and the Opéra National de Paris. The pandemic has prevented him from performing in the USA this autumn.

Director Olga Špátová Malířová filmed a documentary about him entitled Enfant Terrible. My mum compares him to the legendary Pavarotti. After my interview with Pavel, I know that he avoids any kind of categorisation. For me, he is a real Leader with a capital “L”. A Leader in his field, and in business.

He meets the very definition of a leader which I used during my work at Atairu, in which a leader is someone who takes responsibility for their life. And who pursues their dream. And he did so in spite of the teachers who tried to dissuade him from singing, some even affecting his vocal cords, his most valuable instrument, in a negative way. Our interview was conducted in an artistic and beautiful large-windowed house by a wood which he recently had built in Jesenice u Prahy. I also brought to the interview my 13-year- old son, who sings for the boys’ choir, Pueri Gaudentes. It was fascinating to observe the inter-generational exchange of opinions and experience done in a true mentoring way between this world-renowned tenor and my son, giving me the unique opportunity to further penetrate the private side of this artist’s character. How is he experiencing everyday life during the pandemic? What field is he still doing business in? What are the most common myths linked to opera? 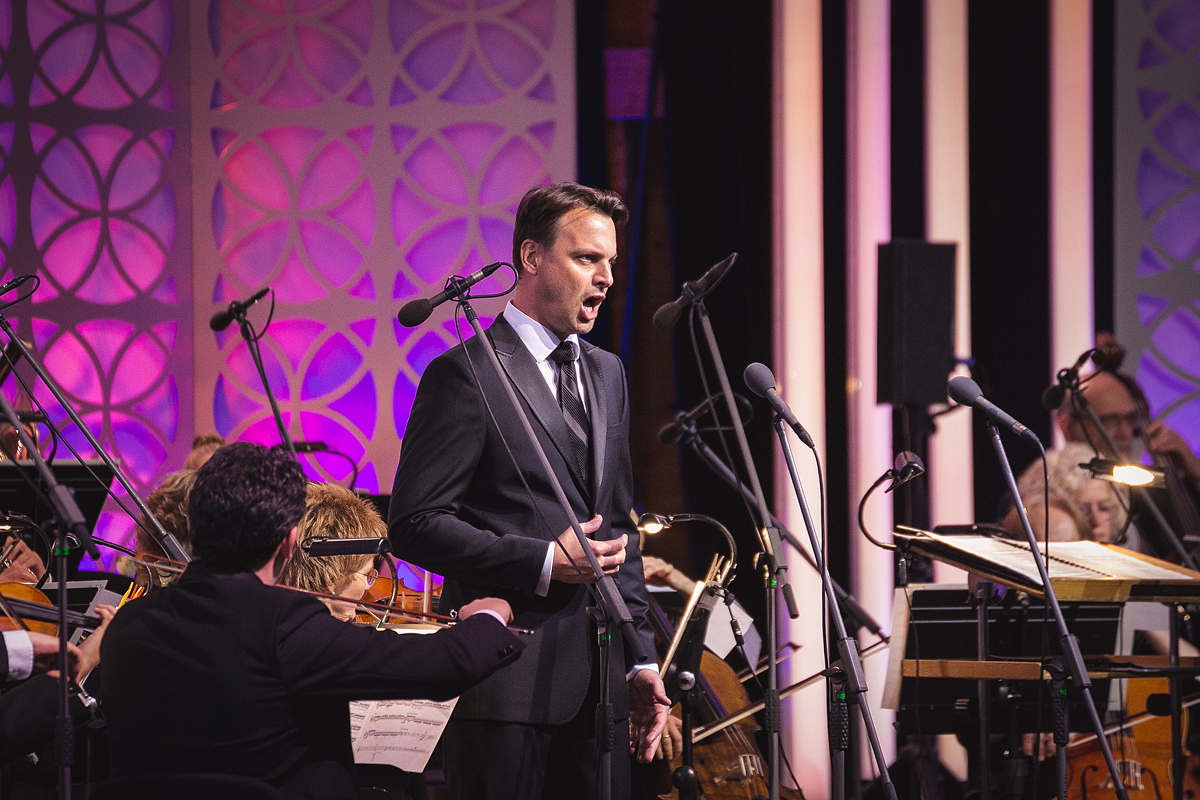 (The first two questions were asked by my son, Sebastian). How do you feel about singing? I’ve noticed that when I tell people I sing and even though I practise three times a week, very few people appreciate singing as a “proper hobby”. And yet we singers know how challenging it is for your vocal cords, and having to keep in good condition. In terms of difficulty, can singing be compared to top-level sport?

Singing has always been my hobby, and for a long time I didn’t think it would become my full-time job. But today it is. If you want to succeed in your job, then you have to do a lot of work. It really is part of your daily routine. Furthermore, singing is also linked to self-sacrifice and an uncertain future. Nobody wants to dissuade anyone from the profession, but consider the number of graduates of opera singing who leave university each year. They number around fifteen each year. And are there suitable positions for them? I don’t see it. I’ve been making a living from professional singing since the age of 30, and over the 16 years of my career over 240 students have graduated. Perhaps one percent of them have found success.

Although on the one hand, singing is your job, is it still something special for you?

I’m lucky that I basically have two jobs. One traditional one, which is running conferences. And my unconventional job is singing. I’m in the same category as top athletes and artists, especially from the perspective that most of the population cannot imagine what singing actually entails. What our day looks like, what our life looks like.

What does your day look like then during this pandemic? You’ve still got to practise and remain in shape…

My day feels freer in that I’m not working in the theatre, but rather at home. I’ve made use of this pandemic to educate myself and broaden my horizons. I do that every day. I spend the late morning with my colleague, who studies German, and we consult over WhatsApp on my next role as Max in Carl Maria von Weber’s Der Freischütz. We’ve translated the entire libretto, and we’ve looked at the psychology of the characters, and various plot lines. In the afternoon, I practise for two hours with a pianist in the National Theatre. I spend the evenings at home: I’ve used the pandemic to move home and furnish my new home. So in fact it’s quite a pleasant period for me.

Some artists have begun drawing attention to the difficult situation faced by people in the cultural sector as a result of the long-term and repeated closure of theatres and concert halls. How do you perceive this situation?

I can see that it’s hard for everyone. I don’t actually know what compensation the state offers artists. On the other hand, although it might sound harsh, I don’t see a difference between the owner of a restaurant or hotel and a musician or artist. I don’t want to comment in terms of salaries and compensation. Some people can’t get any because they had a premium salary. In fact I haven’t really understood this argument that art is work. Has anyone claimed it isn’t?

On the other hand, I can see the artistic dimension of the problem. It’s a problem to be stuck at home for a year and be unable to perform your profession. But it’s also a problem for senior citizens who have been shut up at home for a number of months. I see it in my parents, who have been stuck at home for a year. They see me occasionally when we get together sometimes under the balcony, or otherwise we call each other. A year in the life of these people is really a significant period of time, yet they put up with the restrictions without grumbling.

The systemic problem which is not sufficiently referenced is the low pay. Full-time artists, with the honourable exception of the Czech Philharmonic, usually have very low salaries which are topped up by taking numerous other jobs. This is not sustainable in the long term, and the situation is unfortunately often reflected in terms of quality and professionalism.

And how is your business, which is in congress management, doing at this time?

My agency began organising musical and social events, for pharmaceutical and healthcare companies in particular, twenty years ago. Over time, we have become a company which specialises in the production of specialist training events. In recent years, our training events have moved from a“face2face”system to the“online”environment. We have been streaming for many years now, and we transmit hospital operations, showcase specialists from around the world and organise congresses for hundreds of people in online form. We are currently transforming my Prague apartment into a professional studio. Luckily we’ve managed to maintain contracted jobs this entire period. The first three months in spring were a little more complicated, but since it is in my nature to be ready my entire life for a disaster, I always endeavour to have financial reserves. When I have to decide whether to purchase a real estate investment or an expensive luxury car, I always choose the option that isn’t so visible, but represents security. Although the company has its own management and a very capable team, I’m always, so to speak, “present”. From one perspective, then, I have two jobs: singing full-time, and my business as a secondary job.

How do artists perceive online broadcasts? Aren’t you worried that the audience might not return to theatres and concert halls?

The broadcasting of opera performances in cinemas is common now. I think it is important to go to the cinema, where there is a large high-quality screen and sound system, and you are in the company of other people. I don’t believe that top cultural events and the sharing of emotions with others can be replaced by sitting at your laptop or mobile with an opened bottle of wine. Live art, experiencing the atmosphere up close, is truly irreplaceable.

I haven’t observed anything major, but I do have a problem with noise. That’s also why I left Prague. It’s a big problem for me when choosing apartments abroad. I need absolute silence in order to relax. I have an air recovery system incorporated into my home, and if I want to read in peace I have to turn it off. Perhaps it’s a result of senile neurosis. (laughs) Turning to Sebastian… if you’re sensitive like that, then you’re also neurotic and you’ve got all the prerequisites for undertaking a career in the arts.

I’ve noticed that many people have tried to categorise you in various ways. How would you characterise yourself?

I don’t know how to answer you. I really hate labelling. You have to be either compared to someone or labelled. In order to grab anyone’s attention these days, you have to be the most sought-after, world-renowned, most successful, most demanded… I’ve hardly ever encountered anyone during an interview who has noted how well someone sings, or how dramatically or professionally they play. I think this is more about today’s media. 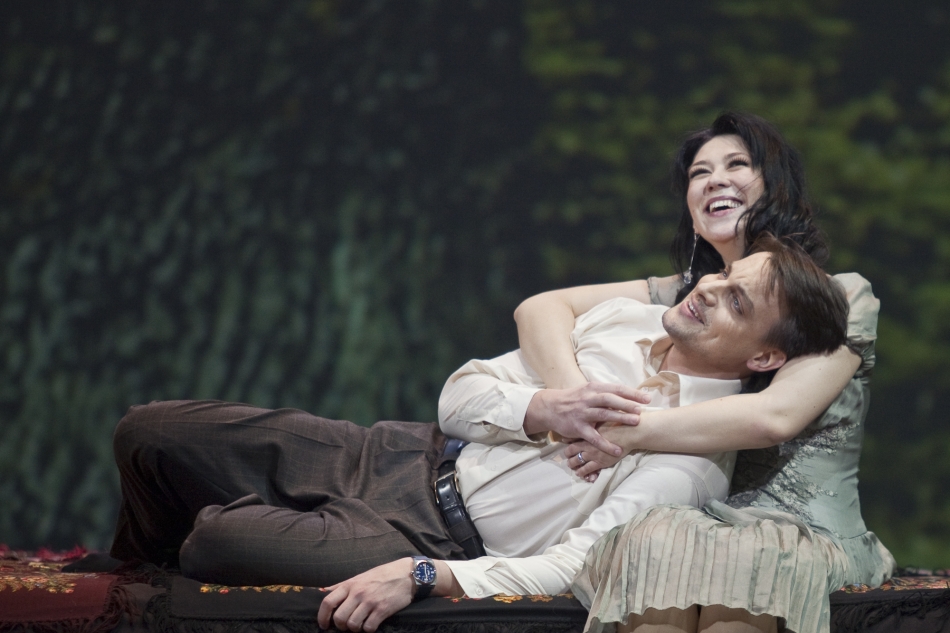 From labelling, let’s move on to various myths. It would appear that “no-one is a prophet in their own land”: with many singers making their breakthrough abroad before being acknowledged at home. To name but a few: Eva Urbanová, Dagmar Pecková, Adam Plachetka… It seems that Czechs and Slovaks don’t know how to appreciate their talents.

Štefan Margita, Edita Gruberová… basically everyone. I don’t think Czechs don’t appreciate artists. Maybe it’s that we’re all more ambitious than others, and so we go out into the world to make our breakthrough. I initially sang in many towns and cities in the Czech Republic, but I got my first contract in the Volksoper in Vienna. I’ve discussed particular myths which arise many times. People often speak of chance stand-ins who become new stars overnight. Few realise, however, that becoming a stand- in takes many years of work. Furthermore, today everything is much more global and interconnected. Take a doctor, for example. They also go abroad on placements, remain there and nobody thinks that unnatural.

We’ve discussed your voice training. In other interviews, you’ve said that you also have to stay physically fit. How are you managing to keep up some kind of regime at the moment?

That’s an area that’s falling behind. I’m committing a lot of transgressions…

Okay, let me reformulate the question. How is Pavel Černoch transgressing, or not?

Some things are unprintable… (laughs). But seriously. We’re back at those disciplines linked by physical fitness. Physical fitness really is the alpha and omega. Personally I really miss gyms. With the arrival of winter, I don’t run so much, but I do go to the park every day. Another thing which is just as important for me is diet. In the Czech Republic, this remains a very overlooked aspect. High-quality organic food is still very inaccessible by comparison. I place great emphasis on the quality and origin of food. Here we always make do with second-rate quality.

It seems to me that it isn’t just in food that we make do with lower quality. It’s also in politics and economics, for example.

I think it’s due to the size of the country, and the specificities of Czech as a language. I sometimes feel like we’re living here in a kind of vacuum. Like on some island. In Germany, in the USA and in France there is much greater competition. Prague is an incredibly beautiful city, but are we not appropriating the works of previous generations? In what way has the current generation contributed towards Prague’s beauty? I’ve toured a lot in the Baltic, for example, and I’ve noticed how much more progressive, creative and tenacious the people there are. Our greatest problem as Czechs is that we had it too good for too long. I myself haven’t inherited anything; neither of my parents were singers or ran an opera house. I’ve taken my own path. Which is one reason why I’m not afraid to be myself.