The principal measure of business and management success is quality 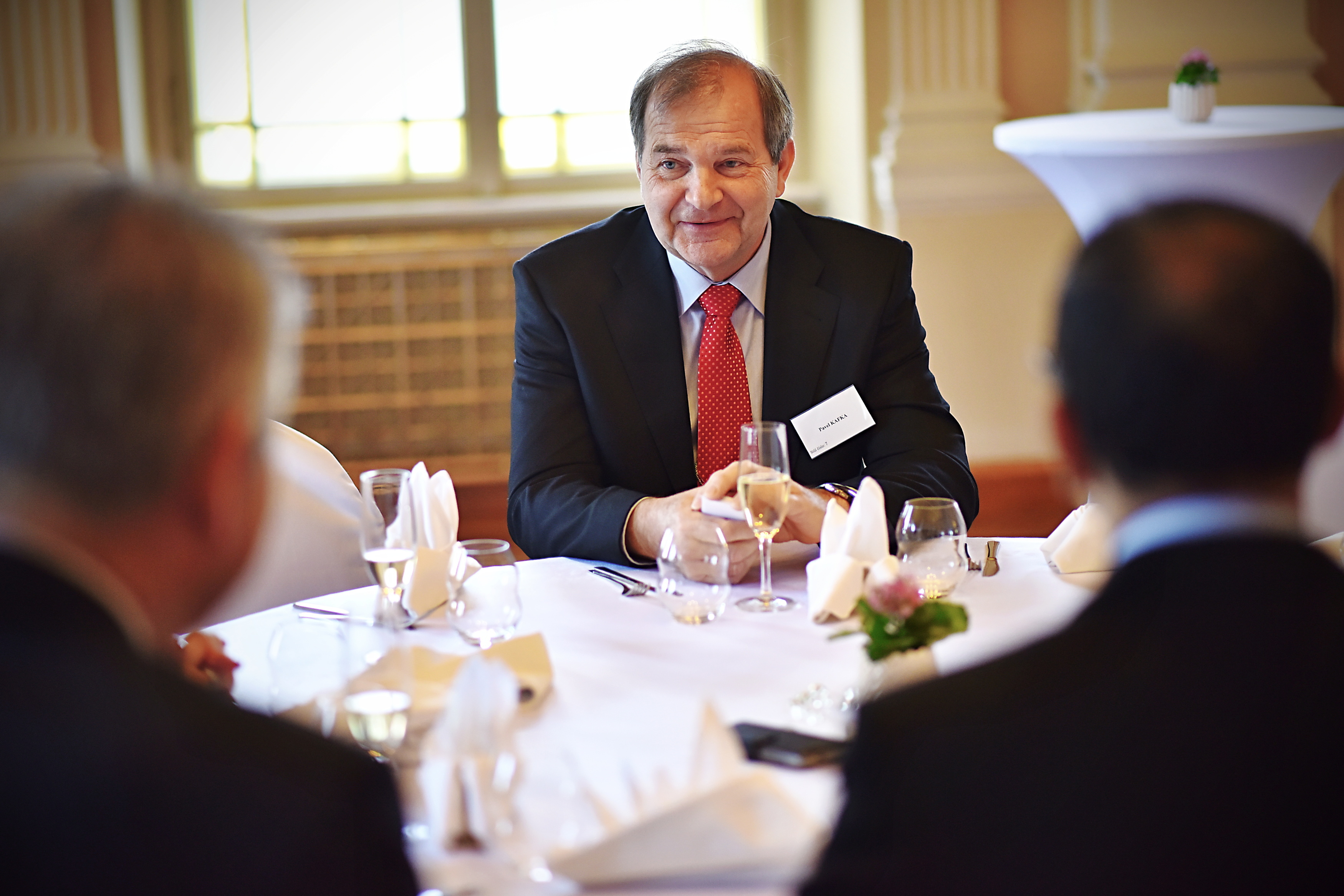 Let’s begin with the recent 24″ Manager of the Year contest, which brought along a number of new features, such as the award for ‘Innovation for Sustainable Development: What other awards and outcomes of the conference deserve attention?

The biggest new feature this year was the Innovation for Sustainable Development award. The MoY organisers wanted in this way to show support for international and domestic endeavours to boost sustainability elements in business — and their economic, social and environmental benefits. The prizes were awarded under the auspices of the Czech Business Council for Sustainable Development and sponsored by CEPS a.s. and CEZ Distribute a.s. Coincidentally, the awards were officially handed over the day after the government decided on the Czech Republic’s sustainable development strategic framework to 2030. I think it is also worth saying that this 24th annual MoY contest saw the largest proportion of women amongst finalists so far — 20 %. Some of the results of the surveys taken by finalists were also interesting. This year’s finalists, for example, consider many more contemporaries from the Czech Republic as role models than was the case in previous years, even though Tom8 Bata remains in notional top place. Looking at your question from the other side — what has not changed in finalists’ opinions — then unfortunately this remains a high level of criticism of bureaucracy and unstable legislation.

I heard many of those awarded, including Manager of the Year, Chairwoman of the Board at U & SLUNO, a.s. and President of the Czech Confederation of Commerce and Tourism, Marta Novalcova, Chair of the Board of the production co-operative KOVOBEL, Emil Beber, and Jaroslav Hanak, President of the Confederation of Industry of the Czech Republic and an transport entrepreneur who was inducted into the Manager of the Year Hall of Fame for his many years promoting the interests of business and management, criticise our political representatives, and there were repeated complaints about the complex legislative environment. Although business people are always criticising politicians, what can be done to ensure there is less division between entrepreneurs and our politicians?

Yes, the survey discussed above undertaken amongst our finalists confirmed this long-term unfortunate state. Just as the principal measure of business and management success is quality, so quality must also be the measure of the legislative environment and the working of institutions. Even an international comparison of the Czech Republic’s competitiveness shows that it is this field which has the most negative impact on the assessment of our country’s position. I can give my advice for what it’s worth. I think it is up to us as voters to look more carefully at the specific actions of our elected representatives, and at least use this as a basis for our decision at the next elections —something that’s rather topical at the moment. But it is an unfortunate truth that our political representatives are much more interested in redistributing wealth that has been created than in actually creating wealth.

What major challenges will managers be facing in the coming decade? And how prepared are they for the changes in regard to Industry 4.0? The idea has been expressed in our magazine that it should be renamed Society 4.0 because it will affect us all regardless …

I agree with the idea that it is misleading to speak only about Industry 4.0. There will be massive changes through rapid automation and digitalisation across a wide section of society —health, education, transport, services etc. In many of these, even larger changes are taking place than within industry itself. Managers’ principal challenge will be to manage this massive technological development across all the phases of the company or other organisation’s activities. It will be that much harder that development which has previously been linear or now exponential will be ever more discontinuous in nature. This will make any kind of prognosis of development hugely more complicated, but it will also logically cause significant tension between ‘old’ and ‘new’; within the meaning of Schumpeter’s concept of creative destruction.

The Czech Management Association has focused on the role of women in management for many years, but there were only 14 women amongst the 71 finalists and only one woman got into the final ten. Where do you see the causes behind this, and what can be done to achieve a more balanced proportion?

In answer to your first question, I was glad that the proportion of women amongst our finalists was the highest ever this year. In terms of women within the final ten, however, we have had much better years. I wouldn’t draw any major conclusions from just one year of the contest. Nevertheless, the fact that we don’t have large numbers of women amongst our top managers should give us pause for thought. It has been shown around the world that companies with a greater proportion of women in management achieve better long-term results. I am not a proponent of quotas in any shape or form, but we are still failing to free women’s hands so that, should they be interested, they can take up top management positions.

The latest surveys show that there has been a decline in the current Generation Y’s perception of the prestige of a management position. How do you perceive the issue of diversity amongst multiple generations when for the first time four different generations are meeting up at the workplace all at once?

There has never been a period in history in which generations with such different experiences of life and conditions have entered the economic space as is the case today. We see the first such conflicts at schools. What we call age management is becoming a priority for HR officers. Company managers across the board say that school leavers and graduates are unable to communicate within intergenerational teams. I think the problem here is that people have not been brought up, and society has not impressed upon people, to show respect to others, to promote elementary decency, and order. This naturally means social cohesion suffers — yet this is a major feature behind success.

Next year the 25″ annual Manager of the Year contest will take place, something you also want to link with the celebrations of the 100th anniversary of the establishment of Czechoslovakia. What new features are you planning?

It’s too early to talk about new features. These will be decided upon by the MoY Management Committee on the basis of an assessment of all previous 24 years. But I can well imagine that one important element of the upcoming 25th year will be a retrospective of the whole of the contest’s history up to now.