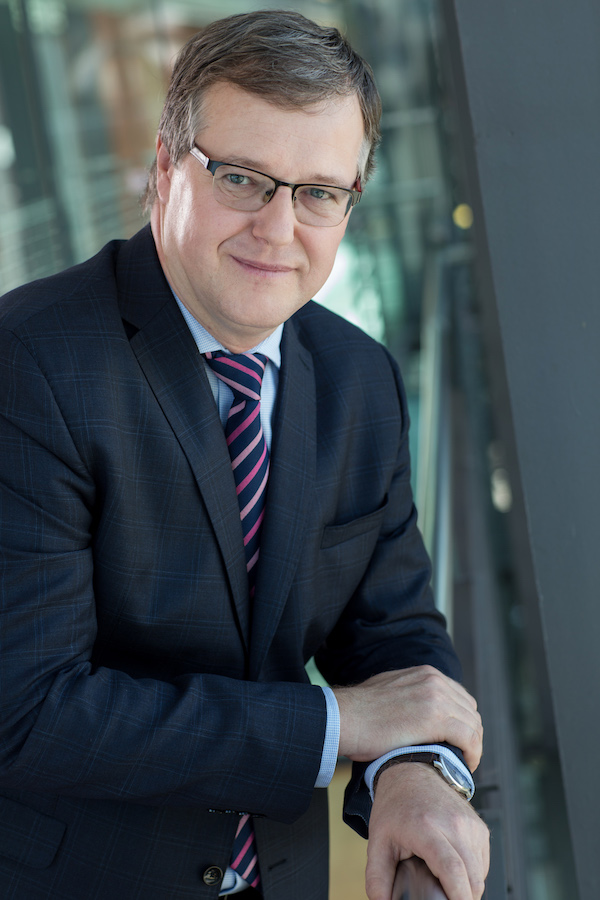 Petr Zahradník, Member of the European Economic and Social Committee

Petr Zahradník graduated in Finance at the University of Economics in Prague. In the period 1991-1992 he worked as a scholar at the Department of Economics at Queen Mary and Westfield College at London University. Between 1992 and 1993, he studied in parallel the Economic Policy Program at Columbia University in New York and the European Studies Program at the Catholic University of Leuven, Belgium. In the period 1993-1995 he worked for the Institute for European and International Studies at the Office of the Luxembourg Government and for the International Institute for Analysis of Applied Systems in Laxenburg. After returning to the Czech Republic he worked for more than seven years as a macroeconomic analyst in private companies active on the capital market – Conseq Finance (1999-2003) and Patria Finance (1995-1997). Since 2003, he has been working with short breaks for Česká spořitelna. He is an advisor to Vladimír Dlouhý, President of the Czech Chamber of Commerce and since October 2015, he is a Member of the European Economic and Social Committee where he represents the Czech Chamber of Commerce. He is a Member of the Scientific Council at the Faculty of Finance and Accounting at the University of Economics in Prague and from 2001 to 2013 he was lecturing the economy of transformation and integration at New York University. He also publishes articles on economic issues.

What are the main challenges to the euroarea economic policy?

The challenges are really huge and even growing bigger especially in the last two years. Quite recently the European Commission adopted its “St. Nicolas” Communication on the eurozone, which is a follow-up road map specifying some strategic ideas of the White Paper on the EU future and the Reflection Paper on deepening the EMU. After the European Monetary Fund is adopted along with the Financial Union (Banking and Capital Markets Union), and also the Fiscal Union (in terms of strengthened discipline of particular Member States regarding their obligations to the fiscal criteria) becomes reality, the eurozone will be as strong as ever. Its architecture and construction will contain all the necessary elements for its functioning that were ignored when it came into force in 1999. The crisis was –in that sense – a very useful lesson. In the last nearly ten years, the eurozone was saving its poor life. Now, it is ambitious and self-confident again to serve as a logic supplement to the Single Market and contribute to European unity.

When should the Czech Republic introduce euro?

Unfortunately, we are not in the position to talk about a term for its introduction yet. I am personally happy to see an accelerating debate on this topic in the Czech Republic this year after a previous almost 10-year darkness in this sense. The technical feasibility is not the issue for us; the issue is the mind-set, or a mood to do it, which is currently unbelievably low. There is no rationale behind it. When a country has 5% economic growth, the lowest unemployment in the EU, low deficit and debt, positive external balance especially thanks to the EU membership, a healthy financial system, I cannot simply understand why the euro is hated so much by the Czechs, especially in the light of Slovakia (still 25 years ago our counterpart in the common state) where the EU and the euro are applauded by 85 %, or 75 %, respectively, of the population. Why and what makes our behaviour so different while statistically we are pretty successful?

What will be the impact of Brexit on EU financing?

First of all, it will cause trouble for Britain. The EU is able to survive this situation pretty smoothly; for the EU, it is just a short-term impact of a rather technical substance. It is estimated that after Britain leaves the EU, the net volume of the EU Budget is going to be reduced by some roughly EUR 10 bn. a year (slightly more than 6 % of its volume). Additionally, the EU Budget is waiting for its very radical reform not only in terms of its volume and redefinition of its revenue as well as expenditure sides, but also its priorities, instruments of financing, and procedures. I would like to believe that for the EU Budget Brexit is not a serious problem.

After Brexit, we will have to manage the financial envelope with much care. What kind of priorities should we focus on and according to which rules should the money be spent?

It is definitely true, the effort to minimise national guaranteed envelopes and to open more space for a whole-EU project competition is one of the key reform proposals that are to be implemented after 2020. All Member States, and especially the current cohesion countries must be prepared for a change. We are expected to define a real short-list of first class priorities for us and to give them a robust financing. I am convinced that those priorities are infrastructure in terms of mutually interconnected mobility (not the never-ending reconstruction of the 3rd class roads); education focused on excellence and practical applicability on the market; and quality of public service (according to the Estonian model).

Do you agree that the pressure on creating synergies among European structural and investment funds and EU programmes will be bigger in the future? Are the Czechs ready for this change?

Certainly, I do. I am convinced that this is the only way forward. Respecting some qualitative requirements, coordination among the actors, and making benefits also on the expenditure side. Unfortunately, the Czechs are very weak in this discipline. Some of the actors in the game do not even understand what the synergies mean and which benefits they bring.

What areas should the Czech Republic focus on post 2020?

Some of the priority areas I have already mentioned. Let me add that we should focus on horizontal topics like mobility, source efficiency, coordination and synergies. And then we should provide a negative definition saying which areas are closed for the support and to open the space for the rest. In regulations, we should expect some thematic concentration and definition of the EU added-value. I think it can be a sufficient guide to be oriented in this issue.

Do you think that the Juncker Plan was rather a marketing tool than an efficient investment tool with leverage effect?

I definitely do not. I am convinced that the primary principle (to establish a public guarantee fund to incentivise private sources to be invested) is a great idea and inspiration. I do not say that some projects within the Juncker Plan are not a case of a Potemkin village, but certainly not majority of them. I think that the model on which the Juncker Plan is based is a great inspiration for the future EU financing.

Is the EU still competitive on the global scene? Who will be the biggest competitors of the EU in the next decade?

The EU is still competitive on the global scene, but in the last 15 years, its global position is gradually worsening. The EU needs to support its external representation as one body vis-à-vis the global organisations and important countries. I guess, the most important competitive pressures are going to come from Asia.

What are your hobbies?