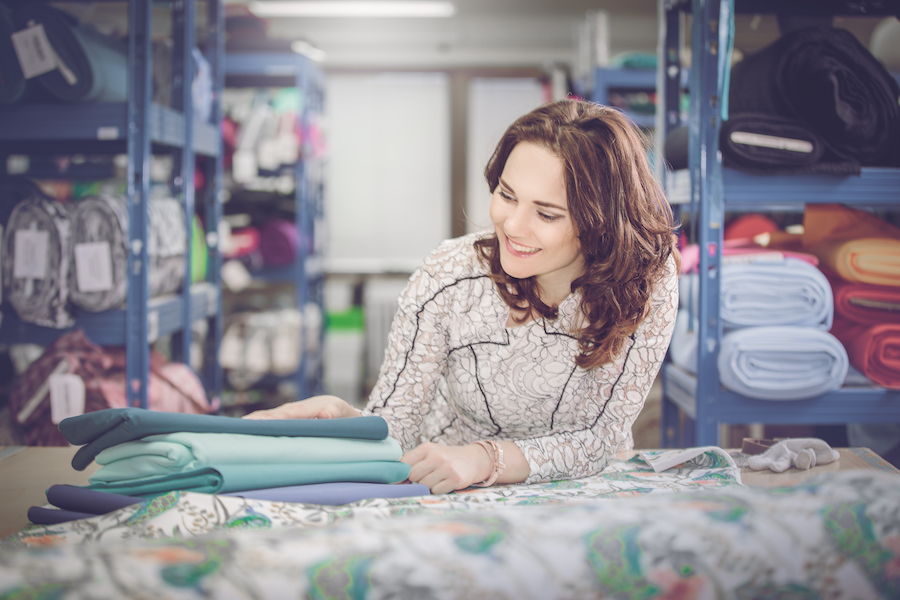 The story of a young, successful businesswoman in the field of e-commerce with children’s clothing. Petra is a four-time mother whose story is full of many genres. Even though many people would like to see a fairy tale with a happy ending, some moments were more like a dark Scandinavian thriller. Despite a not-too-happy childhood and constant underestimation on the part of her two older and more successful siblings, Petra graduated as a kindergarten teacher. Working with children fulfilled her purpose, and it was here that she became aware of how much time and energy she spent on dressing and undressing children, as she continuously encountered uncomfortable and impractical children’s clothing. From a young age, she spent a lot of time with her neighbor, a well-trained dressmaker from the period of the First Republic. It was only a matter of time before this hobby became Petra’s main occupation.

She gradually began to make her first products, initially only for friends and for her own children. Clothing easy enough that children can dress themselves. When the front and back of the clothes are the same, it doesn’t matter if they mix up the sides. Clothing without zippers and buttons. Clothing that grows with the children, so there is no need to order a new size every three months. She had to begin running her business full time after her husband nearly destroyed their entire apartment when he fell ill with a mental disorder. Her stock of already prepared sewing materials was also destroyed.

Petra remained alone with her four small children and was under constant scrutiny from the unhelpful social workers, who were more anti-social than social. Over a three-year period, she built a company that now attains a turnover of 50 million Czech crowns, employs more than 50 people and, within the scope of the Unuo endowment fund, provides help to women who have found themselves in a situation similar to her own. However, this conversation is not about the past, but rather the future. How does a successful businesswoman perceive the region of South Bohemia in which she conducts her business? What does the future hold for her industry, with regard to materials and e-commerce? And is this extremely active woman even able to relax?

Petra, the Australian Open has just recently ended. While many people were happy to see clothing made from recycled materials and produced by Adidas, you instead lamented on social media that unuodesign has already been using recycled “soft shell” material for a long time. It is more expensive, but for a good reason. Furthermore, your “growing” clothing has a usable lifespan of more than three months. How do you cope with the fact that large companies receive much more attention than smaller companies, despite the smaller companies being much more progressive?

I think that every company gets as much attention as it deserves. We have all been fighting for a spot at the top since we started. Especially if we started in a large industry, such as the one represented by the textile industry. We can deserve the attention if we get through great work performance, by making something original or by doing things differently. At unuo, we decided to use all three of these approaches that I just mentioned. I am glad that we are doing very well in the field of PR connected with organic or recycled materials.

You started doing business in Tábor and you’re doing well. In today’s economic environment, where the labor supply is limited, you are succeeding in taking on new workers, especially female workers. What’s your opinion on the specifics of doing business in the region of South Bohemia?

I can’t speak about the entire region, but personally I am excited about the city as well as the people who live in Tábor. Everything is different in Prague. The employees in this small city are not used to changing their profession or the company they work for, especially several times a year. Luckily, we avoid this fluctuation and any frequent position changes. I feel that the inhabitants of smaller cities care more about their good name. They are aware that if they end up getting a bad name at a few companies, the word will very soon spread. The people here are more “loyal” to their field. You could say that their lives are more motivated by relationships than by money.

We personally met at a panel discussion organized by the Elegantní Česko company, because both of us are proud of the traditions of the First Czechoslovak Republic. Custom sewing is one of those traditions on which one can establish oneself. You yourself were, however, sceptical about the future of the textile industry in Europe.

Our statistics confirm the reality that our customers feel positively toward production in the Czech Republic. It is even part of the positive decision-making criteria when choosing to buy Czech or foreign. Unfortunately, it is ranked third, right after the criteria of price and quality. From my experience, I’m speaking especially about the textile industry of manufactured clothing. If Czech customers buy clothing for their children at stores with prices lower than five euros, it is only a matter of time before the textile industry in the Czech Republic disappears altogether. It is interesting to note that many goods from third-world countries are subject to special duties so that imports of these products into the Czech Republic do not endanger certain industries. And then there is, for instance, agriculture which is subsidized by the state. No one is offering a helping hand to the textile industry, and that raises the question of how long the textile industry will last. Not just with regard to clothing production, but also textile production, the schools that supplied new dressmakers or weavers to companies have disappeared in the Czech Republic. Schools intentionally do not open these fields, because there is no interest on the part of the students. Students are not interested because the bright future of a seamstress who works a three-shift schedule and barely makes the minimum wage is not something anyone would want to have. And now we arrive back to the customer. The employer cannot pay his employees more if mothers buy clothes in stores at prices that are less than what we as suppliers have to pay for the material.

E-commerce business deals with new technologies. Other than clothing and materials, you offer a digital solution for the automation of warehouse processes that help other e-shops. This approach has won twice in the Czech Entrepreneurship Awards contest. Which direction would you like to go in the future? What is your dream?

Although my previous forecast may have been pessimistic, I hope that even ten years from now, unuo.cz and unuodesign.cz will be able to produce beautiful fabrics and children’s clothing. As for our application, PICKI, I hope that it will become a great helper, not only for our company, but for others as well. But naturally, I still see this application as an infant that will need a lot of care before it is self- sufficient and financially independent.

I won’t ask how you handle and multitask all your different roles. I know that this question, which is often asked of working mothers, will not seem quite fair to you. Instead, I will ask you about your great dedication to your work. Do you even know how to relax? How do you recharge your battery?

I am lucky because my job is my dream come true. Thanks to this, I no longer feel the need to relax that much.Whatyoulovehasthetendencytorecharge you a lot more than it exhausts you. I often relax at my sewing machine, which is actually my “job”. I love technology and read a lot about it, so I’m actually discovering what the new developer will introduce to us and when. Actually, that is also my “job”. I play a lot with the kids and go outside with them, which is a small part of my “job” as well. Only by observing my own children and other children can I see what our little clients and their mothers need.

We are doing this interview in January 2019. Did you make any New Year’s resolutions? And what would you like to wish the readers of Czech and Slovak Leaders?

I have one big goal in 2019, and that is to spend more time with my children. Not to be at home more, I’m there very often, but to be present with my children, enjoy their beautiful smiles and their love, which is so pure that it cannot be compared with anything else. My online children were born so I can support my real children. Now, when they´re successfully carrying out their mission, beautifully and on their own, I can focus my attention on the place where it is most needed. I extend this wish to the readers as well, and not only for 2019!