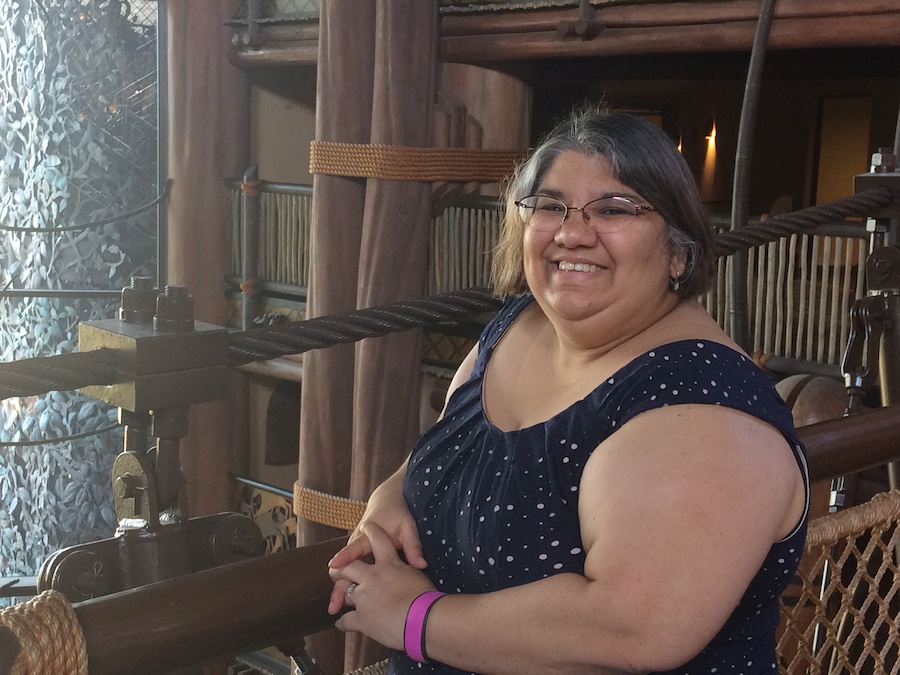 Born in India, Pherooz was raised in Boston, Massachusetts, where she attended a Montessori school – founded and owned by her mother – from two months to twelve years old. She has spent her entire career in Montessori education, eventually moving from teaching to administration. In addition to her Bachelor’s degree in Education, she holds Association Montessori Internationale diplomas for every age level, from Infant and Toddler (London), Primary (New York) to Elementary (Prague) and an American Montessori Society diploma in School Administration. Currently, she is completing a Master’s of Education program at Endicott College in Massachusetts with a specialization in Integrative Montessori Leadership.

Pherooz, what brought you from sunny Florida to the country suffering from long, grey winters?

The answer to this question is two-fold. My partner is Czech, so I was actively looking to move to Europe and ideally, Prague. At the same time, I was in contact with Katka Bečková, the Executive Director of IMSP, who had offered me a teaching position a few years prior. This time she was looking for a new Head of School just as I finished a previous contract and things fell into place very quickly. Now I’ve been happily settled in Prague for more than six years, and married to my partner for over four.

Apart from winters, what was the most challenging to adapt to?

Well, although I had lived in Florida for the two years prior to coming to Prague, I spent most of my life in Boston, which gets significantly colder than Prague, so the winters were not an issue! Instead, I found it surprisingly dificult at first to navigate the cultural differences. Czech people tend to be much more reserved and private than the average American; they are much less likely to put on a cheerful or enthusiastic persona. However, I quickly learnt that Czechs are just as warm and welcoming as Americans, they just show it in different ways.

What was most surprising?

The religious underpinnings of Czech culture. As a Christian who nonetheless firmly believes in separation of Church and State, in America I was always very mindful of not mixing religion in my professional life (for example, avoiding religious carols in the Winter Concert). Here, instead, I encountered many people participating in, and enjoying, Christian customs and traditions without necessarily connecting them to the religion itself, such as the baby Jesus or St. Nicholas bringing presents to children.

Have you learned Czech?

No, much to my mother-in-law’s disappointment. Working in an international environment has made it more challenging to learn an already dificult language. I keep trying though and have gotten fairly decent at ordering a meal!

An international career offers many opportunities to travel. Which countries have you visited and what have you learned?

My career has taken me to the United Kingdom and across several states in the United States before Prague. The work is the same anywhere you go, it’s just communication with parents and team members that changes based on their cultural experiences and expectations. In my personal life, I’ve travelled across Europe, North America and South Asia, and enjoyed all of it; I’ve found common humanity through a wide variety of local cultures, environments and places, each with their unique beauty. Somehow many Montessorians I know are avid travelers, fulfilling Montessori’s concept of global citizenship, and that’s certainly how I feel and how I encourage students to see themselves.

Children are definitely universal. I believe their development and human tendencies are exactly the same the world over, in mansions and huts alike. Of course, the local culture plays a role but less than you might think. I think you can start seeing cultural differences in the Elementary age, when children begin mirroring social mores in their communities, but still their needs and tendencies are universal, for example – at this age – the need for acceptance and understanding your place in the world. Montessori definitely saw this and wrote about it at length. This is why her method is so successful around the entire world – because it’s not based on local cultural or historical tradition, but on studying the children themselves.

You studied theatre and you like to attend theatre performances in your free time. How do you find Prague’s theatre scene? What are your tips?

Naturally, I miss lot of Prague’s theatre life as I don’t speak Czech! The English scene is quite small, of course, but very enthusiastic, and growing rapidly, especially in the past years. Fringe Fest – a weeklong festival of English-language theatre, is one of my favourite times of the year and we always attend multiple performances on each of its days; it’s a great way to find new performers and make connections. The Cimrman English Theatre is doing fantastic work and I’ve loved being introduced to those iconic Czech pieces in my language! And finally, I saw several stand-out performances through the Prague Shakespeare Company and Divadlo Na Prádle. There’s also several smaller companies doing excellent work.

What are your next plans?

For now, I am committed to stay at IMSP at least through June 2019. I love Prague and I can imagine living here for many years and starting a family here. Career wise, after I complete my MEd, I’m looking forward to embarking on the Montessori teacher training for Secondary Schools. Once I complete that training, I will be Montessori certified from birth to age 18, a rare achievement in the Montessori world. I also enjoy consulting with other schools so look forward to continuing this important work as well.

What are your tips for expats in Prague?

Marry a Czech, it makes life so much easier! But on a serious note, get connected. There are so many wonderful events and groups, centered around interests, hobbies, skills, family, study, and much more. The expat community in Prague is very dynamic and I believe anyone can find company and camaraderie in it. A good way to start is to monitor the Prague Expat Facebook groups – Crowd Sauce is one I’ve found terribly helpful.