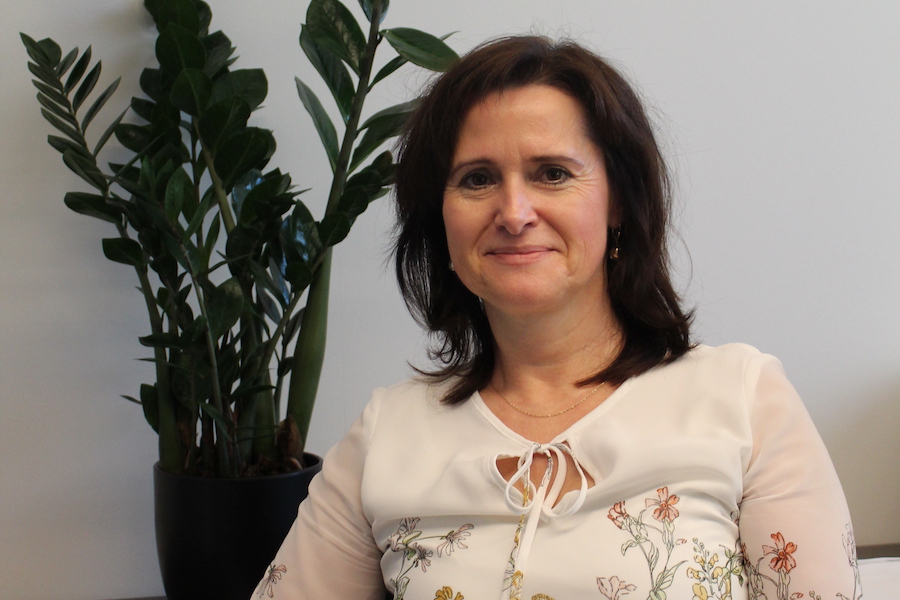 Radka Maxová, Member of the Employment Committee in the European Parliament

Radka Maxová graduated from the Faculty of Food and Biochemical Technology of the Institute of Chemical Technology in Prague. Since 2018 she has been studying a Ph.D. programme at Charles University, Faculty of Medicine in Pilsen – Department of Social and Medical Assessment. She started working as a teacher at the Integrated Secondary School in Chrudim, later she worked as a manager in the food and cosmetics industry. From 2013–2019 she was a Member of the Chamber of Deputies of the Parliament of the Czech Republic. During her first mandate, she was chairing the Permanent Commission for Family, Equal Opportunities and National Minorities, and in the second term she was chairing the Social Policy Committee. She was elected Member of the European Parliament in July 2019. She is a Member of the Employment Committee and substitute in the Education and Culture Committee in the European Parliament.

In the European Parliament, I mostly follow up on my activities in the Chamber of Deputies. Since the beginning of my political career I have been involved in social policy and focused on supporting people with disabilities. Stories of people that I have met in my life led me to address this issue as Chair of the Social Committee in the lower Chamber of the Czech Parliament. I am therefore pleased to be able to continue working on this issue at EU level. Being a Member of the Employment and Social Affairs Committee enables me to draw from my experience and bring some concrete national issues to the European Parliament. In the Employment Committee I want to focus on the quality of care for people with disabilities and fight against discrimination. One activity has already been concretized as I was nominated to an expert network to make sure the rights of people with disabilities are respected. Furthermore, I want to focus on monitoring the Accessibility Act application in the Czech Republic and share best practices with other Member States.

Do you have any concrete proposal that you would like to put forward?

As I have already mentioned, I am very committed to improving the quality of life of people with disabilities. Social policy is close to my heart and I am pleased to be able to address this issue in the European Parliament, which gives the solution a European dimension. I will endeavour to propose a single European Disability Card. Such a card would ensure that a disabled citizen from the Czech Republic can receive and enjoy the benefits anywhere in Europe. This led me to another idea: that we should work on a single European social security number. I can imagine that this is a topic on which both trade unions and employers would agree. These are the topics that make good sense of my work in the European Parliament, as this area cannot be influenced on national level.

What are other topics that the Employment Committee should focus on?

A very hot topic that we must address is the ageing of the population. The Member States must work together to find a model that will help us solve, for example, the increase in mental illnesses associated with aging population. Specifically, I am referring to dementia. We must ensure that the care for these people is of good quality and, in particular, does not deprive them of their rights. Another relevant topic, associated with technological transformation, is the social protection of online platform workers. This sector is growing at a rapid pace and is associated with an increasing volume of workers who often do not have social security. This means that when they are sick or even unemployed they do not have the right to enjoy social benefits. The new Commission will be dedicated to protecting them, and for us this means that we can expect this topic at the Committee level.

The new European Commission will focus on gender balance. Is it something you support?

Gender balance is a complex topic. I am dedicated to supporting women through a concrete project to involve women in politics. I support women not to be afraid of political affairs. Overall, it’s about finding a balance between professional and family life. Women need to be understood and supported by their peers. In the Employment Committee, I draw on good experience from colleagues in other countries. It’s about good examples, best practice and networking. I believe that the contribution of women to politics as good role models can change the culture of our environment in general. I must praise Ursula von der Leyen for succeeding to strike gender balance in her College of Commissioners. For Czechs, that is still something to catch up with. Under the new Commission ́s mandate, we may also see the opening of an anti-discrimination directive that was proposed by the Commission in 2008. The directive should implement the principle of equal treatment outside the labour market, irrespective of age, disability, sexual orientation or religious belief. However, as unanimity is required in the Council, the draft has remained blocked at that stage since then. Helena Dalli, Commissioner for the EU Gender Strategy and the fight against discrimination, announced during her hearing she would do her utmost to unblock this essential file, by meeting with ministers to convince them to move forward. The question is whether we should go ahead with this proposal or make a new one.

You are also dealing with LGBT rights. What are your priorities in this area?

I was the main author of the amendment to the Czech Civil Code, which would allow same-sex couples to marry and adopt children. Unfortunately, the proposal got stuck in the Chamber of Deputies, as the first reading has been suspended for more than a year now. I understand that this is a complex topic, but we should move forward and allow these couples to live like others. Perhaps society is not ready yet, but a discussion on this topic is more than necessary. We must not fall asleep. I hear from multinational companies that there is a need not to discriminate against these people and secure their rights. I have also signed letters of condemnation to countries that strongly discriminate this group. My engagement in this sense will continue also in the European Parliament as I am a Member of an inter-parliamentary group dedicated to this topic.

On which proposals did the Employment Committee work in 2019?

We have inherited two very controversial proposals from the previous Parliament, namely the coordination of social security systems and the so-called mobility package, in particular its part on the posting of road transport workers. In addition, we are addressing labour market protectionist measures such as obstacles to posting of workers, where some Member States require the use of an A1 form and strictly penalize its absence. In the Committee, I would like to point out the unnecessary administration or obstacles to mobility in the internal market. My goal is to make it easier for workers to move across the EU. The Czech Republic has a labour shortage which it has to tackle by employing third countries’ nationals. Flexible mobility in the EU labour market is therefore very important to me.

Ursula von der Leyen vowed to put forward a proposal that could guarantee a fair minimum wage in the first one hundred days of her presidency. What is your view on that?

I understand President von der Leyen’s efforts to introduce a fair minimum wage. At the same time, I believe that wage policy should remain the responsibility of the Member States that have mechanisms in place to determine minimum wages. Tripartite plays an important role in this regard. The European Commission is not clear on how to grasp this area yet, but at the same time we have heard resistance from some EU Member States against this proposal. For example, the Nordic states object to the percentage of a certain minimum wage. The success will therefore depend on the solutions presented by the Commission.

You are also a substitute in the Committee on Culture and Education. Which priorities would you like to focus on?

I would certainly like to focus on lifelong learning, technical education and new skills in the digital agenda. Europe provides financial support for lifelong learning and apprenticeships through Erasmus+ or ESF+ programmes, providing a range of opportunities for the Czechs. I will engage in promoting the programmes to the Czech public and will inform people on how to use them. I think it’s positive that the support to education has become a priority for Europe, which can be deduced from the volume of funds that are targeting this area. Last but not least, I would like to promote digital and media literacy.

What surprised you positively in the European Parliament?

Undoubtedly, it is the working style. Everything has its own order – its plan, including the timing of speaking slots during the plenary meetings. It allows me to plan my time for meetings and work effectively. The Committee’s work is much about bilateral negotiations with colleagues and stakeholders, but also within the political group. There are various people within the group, with different views on environmental issues and migration. This requires deep discussion; at the same time it is enriching. I was also surprised by mutual respect and decent behaviour. We can still learn from each other.