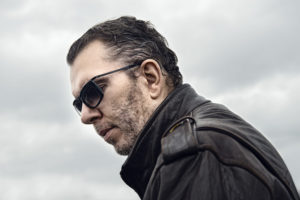 I can remember when Czechoslovakia was one country. We envied our Slovak kin in many things: skiing in the Tatras, the fact that in the communist era all the progressive books and magazines were published in Slovak, and last but not least their singers. Not only did songs sound somehow more romantic and melodic in Slovak, but Slovak singers also had charisma, introduced innovations and shook up the tired old showbusiness world. When I was young, Richard Müller was my idol. I met him as a living legend with bated breath almost three decades later in Hotel Ambasador while he was promoting his latest autumn tour, “Ona a On Tour” (Her and Him Tour).

Richard Müller is a lyricist, songwriter and singer. He is well-known for his extraordinary talent, personal charisma and unforgettable voice. Few singers have managed to stay in the musical spotlight for so long and to such a great extent. He has sold over a million records, and he plays dozens of concerts each year in the Czech Republic and Slovakia. 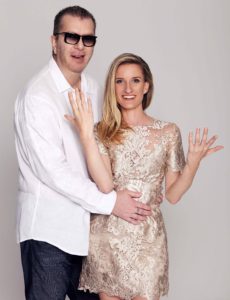 Richard Müller is one of the greatest figures in Czech and Slovak music. He has won 18 awards and seven nominations in the Aurel music contest, four awards in the Grand Prix radio contest, has been voted one of the best singers in the Slávik competition 12 times, and also holds the Krištáľové krídlo (Crystal Wing) and Album of the Year awards. Few people know that he began as a journalist and publicist while studying screenwriting in Bratislava and he wrote for music magazines. He began to focus on his solo career in 1992 and he has recorded over twenty albums on which he has co-operated with other major Czech and Slovak figures such as Jaro Filip, Peter Hapka, Michal Horáček, Milan Lasica, Ivan Tásler, Michal Pavlíček, Peter Uličný and Ondřej Gregor Brzobohatý.

He is also interested in photography, having published the Amerika a Enter photography book. Last year he produced the Hlasy CD with the Fragile vocal group and a jubilee album for his 55th birthday, symbolically entitled “55”. The album was appreciated not just by fans, but also music critics. Richard Müller lives with his partner Vanda Wolfová in Bratislava where they are bringing up their six-year-old son, Markus.

When I wrote the introduction to this piece, I found myself missing Czechoslovakia. Do you personally ever feel nostalgic for it?

Not at all. Although everyone assumes I had a federal, or Czecho-Slovak career, and I collaborated and still collaborate with Czech partners, I still think the split was good. Remember the constant arguments about Prague-centrism, Bratislava-centrism or use of the hyphen, and discussions over whether the President should be Slovak or Czech…? Personally, I am happy with the current state. Of course, I would also add that my relationship with my Czech fans, friends and acquaintances has not changed in any way.

You’re right; in recent years we’ve had about 30 concerts a year in the Czech Republic. In terms of the audience, the Slovak audience is said to be more dynamic. I appreciate the Czech audience’s receptiveness. I enjoy both.

Many people, including myself, appreciate your talent and charisma. This year, you are celebrating 33 years in the profession; so besides talent you must have needed a lot of hard work and stamina. Can one determine what is most important in achieving success?

I think I may have stalled somewhat myself. But it would seem I had enough talent to begin with for more than the first three decades. I first performed at the Bratislava lyra festival in 1984, and I won it in 1989. The ideal combination would be hard work and talent; a good example of this is Jiří Korn. For some, it’s more about talent, for some it’s more about hard work. You can’t separate one from the other. If it’s all graft, then you lose the lightness and the oomph. Talent is spontaneous, natural.

Your latest double album, “Výberovka” celebrates your 33 years in music. I would also add you come up with something new each year. How do you manage it?

It’s our work. I can’t imagine just taking a year off. For us, we either do a new tour or we work on a project which results in a new CD. If you make a living from music, then that rhythm seems entirely normal and spontaneous at the same time. I don’t mind the tempo and I don’t find it at all excessive. If I sometimes do too much, then I take time out afterwards to recharge.

This interview is for Leaders magazine. You are surrounded by a stable team of many years. How do you choose your team members?

I don’t know whether perhaps they are choosing me. My long-term manager Adnan Hamzić is also a family member, like my other managers. It’s all about the same thing for all of us and for them they want me to be satisfied. And that’s a great feeling.

Let’s stay on leadership. Do you think there are enough leaders in politics, music or public life?

I see plenty of leaders, but the question is whether it’s worth following in their footsteps. You can always see that in music. When someone’s pushed into it, sooner or later you’ll find out whether it was just a bubble. Bubbles will burst. You won’t stay at the top for decades.

Let’s go back to the very beginning of your career. You also made a living writing and doing interviews. Do you look back on the time when you worked as a journalist?

It sounds a bit conceited to call it journalism. But from early childhood I was always fascinated by music and I loved it. I really looked up to all musicians, although it was mainly Czechoslovak musicians I was able to meet, and I always wanted to talk to them. It seemed better to write up interviews for a music magazine than just to go up to them for a chat. When I was studying dramaturgy and screenwriting at music college I wrote for music magazines and newspapers. I still remember one particular interview. It was an interview that took place not far from where we are today, in Lucerna. At the time, jazz legend Sonny Rollins was doing a concert as part of a jazz festival. There was a two-metre tall bodyguard in front of his dressing room and he was shooing away all the journalists. I was there with my friend, who was interpreting for me. I sighed out loud that I had come all the way from Bratislava and I was leaving without an interview. Suddenly the bodyguard said: “From Bratislava? My girlfriend’s there.” I was able to go into the dressing room and chat with Sonny for half an hour.

Besides an invitation to your new Ona a On Tour, what is your final word?

I don’t know, my life motto is Live and Let Live…