On Beauty and Challenges of SMEs 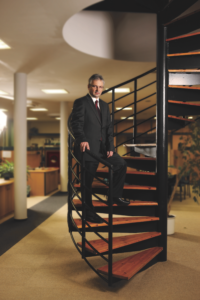 Small and medium-sized enterprises (SMEs) are often referred to as the backbone of the European economy, providing a potential source for jobs and economic growth. In fact, they represent 99% of all businesses in the EU. In the Asia-Pacific region, these businesses are the engines for growth and innovation. It is a great opportunity for the Czech and Slovak Leaders magazine to present Mr. Rostislav Jirkal, a former CEO of Servodata, who after 25 years in ICT family business is leaving the company to join another SME, consulting company QED Group. He shares with us his journey, important milestones, experiences gained and difficult moments. What is it like for an owner of an SME to negotiate with a multinational Goliath? And what is he looking forward to in his new consulting career at QED Group?

What does it feel like to hand over originally a small Czech family business to the international consulting group BDO, currently ranking among the top five largest consulting companies?

It feels special. I’d compare it to wearing the same coat for 25 years, then taking it off and being able to wear any style jacket I choose. I realised that after a certain time spent at the top as CEO, more and more tasks and assignments kept piling on, and at the expense of activities I found energising and more fulfilling. So right now, I am looking forward to the new beginning, launching new projects and feeling a renewed sense of excitement, passion and purpose.

Let us now discuss the three phases that each family business has to go through in order to develop and grow successfully, and eventually become a part of the global market. These phases can be divided into: 1) the early phase, dedicated to the development of an enterprise and its brand; 2) the middle phase, devoted to attraction of customers and development of a team; and 3) the final phase, focused on systems, processes and finance in order to prepare for an acquisition. So, let us go back 25 years, just after the Velvet Revolution, when you and your brother founded the Servodata company.

Only a handful of people realise how unprecedented the period of early 1990s was. The market was hungry to get new technologies. But the way to reach the customer was not straightforward. There were many administrative barriers, including an embargo on importing the latest technology from Western countries. We were launching unknown products, trying to explain their benefits to the market. I recall difficult negotiations with the top representatives of the Seagate company who found it hard to believe that someone in Czechoslovakia could be interested in a 20 MB disc! My career was made by my ability to identify new directions and trends and then evangelising them to the often doubtful market to become more receptive. Using some current entrepreneurial language, I was totally “in the flow”; that is, I was doing what came most naturally to me, and that served my company well. And so with our growing reputation, we attracted partnerships with top global brands, such as EMC, Compaq, IBM and many others. Thanks to these powerful partnerships, Servodata’s brand became very strong. The innovation stage came back later when I built a team dedicated to technology training at the Datascript company, and also started to develop the overall market by introducing open source tools.

What did the second phase, which was dedicated to the team development, look like? Servodata was known as a talent incubator for multinational companies, with many of its former employees working nowadays at global companies such as DHL, Avnet, HP and Red Hat, among others.

I believe in the rule saying you should always hire people who are smarter than you. Since the beginning, we created a distinct culture to ensure that all our colleagues, both men and women, could show off their skills, as well as receive the support and encouragement to become better experts than us, the owners. So we applied two trends in practice, succession planning and talent management, which were heavily debated. The challenge was, since we were bringing totally new technologies, that we could not find anyone familiar with these on the market. I remember hiring an academic expert who did not speak English. We provided intensive language training and after three months this guy was ready to pass an extremely demanding certification process in the United States. As we could not compete with multinational companies with respect to salaries and benefits, we instead created a company culture that was open, innovative and creative – an environment very much today sought after by top talent. I was very pleased to hear the reaction of potential candidates during interviews who heard that Servodata was a company where “life is good”.

Let us move to the last phase, where a company prepares to be acquired. This phase is usually unknown and occurs behind scenes. How difficult was it for you to concentrate on processes and systems and also lead negotiations for the hand over? Did you feel like you were a small David facing an international Goliath?

This phase is extremely demanding, but thanks to the fact that we have been a partner to various global companies since the beginning, we had to adjust to their structures and processes. We had at our disposal not only the latest information systems, but also internal communication processes and overall systems of training and development. As far as negotiations with investors were concerned, these were thrilling and full of creative energy. A small Czech company, represented by a small team of three or four individuals, facing a global corporation with a team of thirty people! I had to be familiar with all aspects of negotiations, beginning with financial terms, all the way to final negotiations when we were examining each word in the contract. I’ve always relied on a strong team, this time being composed of external advisors, so we were neither surprised, nor taken advantage of. I am truly proud of the value that we have left to our foreign partners when handing over parts of the company, not only the financial value, but the value in its ability to remain healthy and grow under new conditions. The same was true for the process of acquiring new companies, such as M.S.D. or Abakus Distribution; the value of those companies was later multiplied thanks to successful integration into the structure of Servodata Group.

What is the most profound message you would like to pass on to other owners of SMEs?

As I said, I’ve been able to successfully complete the life cycle of an enterprise: defining a vision, building a structure, building a team, proving a viable concept of a repeatable business model, up until the final phase of monetisation for owners and shareholders. Thanks to being an expert partner in advisory bodies of several global corporations, I was able to become familiar with global organisational structures, including top management, knowing both the pros and cons of how these corporations work on a daily basis. On top of that, as I learned to understand and see the world from an investor’s point of view, I gained valuable experience in both the acquisition and divestments processes. So naturally, I learned to deal with different company cultures. I think there are only a few issues left out there that might surprise me! I want to use this experience and knowledge to help business owners to identify the best development path for a particular defining moment in their development. I am aware of many paths and cul-de-sacs which could lead them astray from their desired end-game, and how to avoid these, saving headaches, and well as time and money, which of course is totally essential for the health of an enterprise itself during this journey.

What are you looking forward to in your future consulting career?

I am looking forward to drawing upon my first hand experience to co-create new visions for inspiring companies, and to help solve situations, from a consultant point of view, which appear unsolvable from the perspective of those involved in it on daily basis. Succession planning in SMEs is an issue that has become very pressing in the Czech Republic. It was not by chance that I was able to successfully complete the enterprise life-cycle with Servodata Group. There is a measurable process and proven methods. That said, anyone trying to solve the puzzle of succession planning should start to think about the team, internally and externally. Despite the so-called war on talent being mentioned in media headlines, I see many talented people around who are not given a chance. The feeling that “I am the only one to be able to solve that” is an illusion and does not serve anyone

And why did you decide to join QED Group?

I perceive QED Group as a company of enthusiastic professionals, led by Radvan Bahbouh, a leading Czech coach, a psychologist, a psychiatrist and also a mathematician, who has unique, proven and long-time expertise in building high performance teams. There is a vast range of products QED Group offers, and I find that all of these reflect the latest scientific work which combines mathematics, psychology and other disciplines. For example, “sociomapping” is one of those unique tools, which became famous also thanks to the MARS 500 project. Unfortunately, there is a myth that only the richest multinational corporations can afford the best products with regards to learning and development. Based on my direct experience, I know that SMEs are vitally dependent on finding maximum efficiency in how they function. And, I should mention again, it is the SMEs who are disrupting current dogmas, and are taking the lead to contribute to the growth of economy and bring innovation. I see my new mission to assist and help them.

Nikos Balamotis, a managing partner of QED Group was featured in Leaders in 2014; the interview can be accessed on the following link: 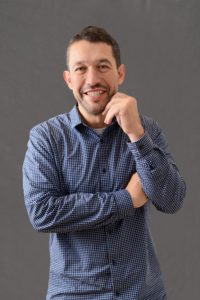 In almost ten years I’ve known and interacted with Rostislav, I’ve never found him in the same place as the previous time. Rostislav has this tendency to put things in motion, and in the midst of all that he is able to discover new roads, while doing it thoughtfully. From my perspective, it seems that he was able to transform his passion for paragliding into his profession. Unlike his untidy office desk, his inner world is very orderly, but not static. I have a feeling he’ll still keep evolving and rearranging it in new ways, and so developing himself and his surroundings in ever more beneficial ways.