“Life is work and work is life” 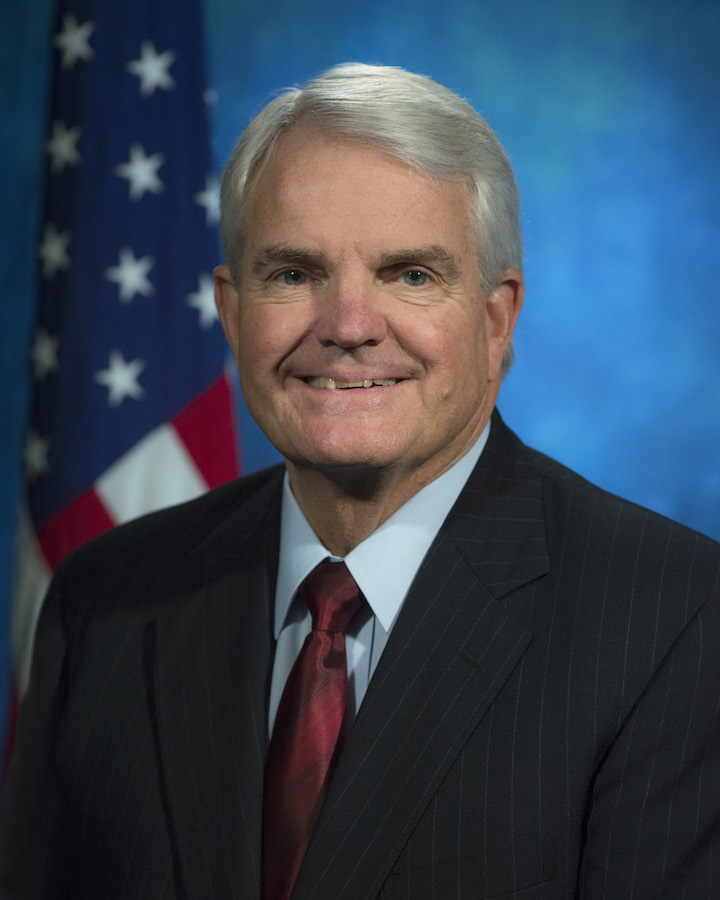 Stephen B. King, the US ambassador to the Czech Republic

Stephen B. King, the US ambassador to the Czech Republic, is a prominent public servant and businessman. He studied political science and worked as an investigator for the FBI and later as a special liaison between the United States Department of Agriculture and the Committees of the House and Senate. As a businessman, he successfully acquired, built and sold a specialty chemical manufacturing business and founded a family investment business. Ambassador King served as a National Committeeman for the Wisconsin Republican Party from 2007-2017. He is married to Karen Ruyle, they have three grown children and seven grandchildren.

Dear Mr. Ambassador, as you studied political science, let me start from a broad perspective. This interview is to commemorate and celebrate 100 years of Czechoslovakia coming to existence and also 100 years of US-Czechoslovak ties. However, looking at the world today, what is left of the idealism of Woodrow Wilson in terms of US foreign policy?

I believe that the idealist motion set forward by both Wilson and Masaryk lives on and has transformed into practical reality. Let us not forget that not only has the American-European alliance survived over the course of the century, but after World War II, it reemerged as the most powerful and meaningful alliance on the planet. Top American leaders and representatives, including President Trump, Assistant Secretary of State Mitchell and myself, call this alliance a union of freedom loving people. It is the very foundation of freedom in the world. There is not any major challenge that freedom loving people could face successfully without the Alliance of the United States and the European continent.

From idealism, let us move to trade and commerce, the second passion of yours. I recall my final exams at the Graduate Institute of International Studies in Geneva and a question about the United States in the era of splendid isolation of the 1920s and 1930s. I passed successfully by pointing out that the US did not retreat completely from world affairs, it only shifted its attention from international politics to trade and commercial relations. However, the same relations seem to be questioned and threatened nowadays.

These perceptions might come from some media outlets on both sides of the Atlantic, but personally I do not agree. I believe that trade relationships are as strong as ever, although we might face some rocky moments. I would compare current trade to the movement of a glacier – it moves slowly as it moves ahead, and nothing can stand in its way. The United States and the European Union are each other’s major trade partners, our trade combined creates one third of global GDP. However, the President, being a business person himself, is concerned about the fact that there is not a level playing field for free trade. Let the statistics speak for themselves. The simple average tariff in the US is 3.5%, while the simple average tariff for the EU is 5.2%, which means that the EU imposes almost twice as many tariffs as the US. President Trump and his administration promised that something must be done for the American worker, as many American factories are laying people off because they cannot compete with unequal, draconian import duties. Therefore, increases in tariffs were proposed to many countries for certain products around the world. We hope that the negotiations will be successful. We already see progress in negotiations with Mexico and Canada. With the USMCA agreement to replace NAFTA, the attention will turn to the EU. A fair and level playing field is the only thing the US is looking for. Let the free market and competition win the day. This leads me to conclude that I can be optimistic about both economic relationships and a future on hopefully more equal terms. We are not in a dire economic confrontation over trade. The trade between the US and the EU reaches the volume of one trillion dollars and certainly no one wishes to disturb that reality. Prudent, reasonable representatives of respective countries will eventually come to the table, realizing that they will give up a bit of the advantage they have enjoyed over the decades to secure and profit from mutually beneficial outcomes.

Friendship, security and economic prosperity are the three legs of a stool that represent your vision to move Czech-US relations from above average to excellent. We have discussed economics, what about the other two areas?

I have chosen the three-legged stool as a parallel to illustrate a very stable object. The first leg of friendship is important as it is based on shared values. Let me stress that this is true not only with regards to the Czech Republic, but also the EU. The values we share are freedom, democracy, freedom of the press, freedom of religion, government transparency, and many others. Values are important with regard to any relationship, starting with marriage all the way to relationships between countries. They are the cornerstone of our relationship and the reason why we are proudly celebrating 100 years of Czechoslovak-US relations. The second leg, particularly important in this era, comes out of friendship and it is our rock solid security relationship. Friends look out for friends. That is why we have both multilateral as well as bilateral security agreements. NATO is an example of a multilateral framework; on the bilateral level we have numerous partnerships, exercises and agreements. The US is very appreciative of Czech sacrifices and support for both NATO and US efforts in Iraq and Afghanistan. The Czech Republic is also the US protecting power in Syria. Together we participated in the Baltic exercises and we highly value Czech expertise in its chemical warfare units. It is great to see that the security leg is also firmly in place. The third leg is the one that I call the glue. This is the one that supports the others; without it none of them would last long. This leg is about economic prosperity and it is another aspect of our relationship that can still grow. There is a reason that the US became the most powerful nation in the world. The reason was not sheer size but the fact that the US was economically prosperous. Free markets and the concept of capitalism allowed us to become the most powerful engine in the world, and it is also what will keep us there. We enjoy strong economic relations with the Czech Republic. The amount of foreign direct investment (FDI) in the Czech Republic is growing, and the same is true about Czech FDI in the US. I hope that my legacy will translate into the growth of GDP based on our economic relationship. I do not expect that the Czech Republic will dramatically impact the US GDP, but I would love to see growth based on the development and enhancement of mutual economic cooperation. The US has already made considerable investments in the Czech Republic. Companies such as IBM, Honeywell, GE and Amazon all combine to provide more than 50 000 jobs. Conversely, I have met with many Czech investors in the United States who are looking to grow their businesses there. I am here to advocate and support both sides.

You often describe your vision as 2+2+2+2 equals thousands, not eight.

I hope that by now all readers of Czech and Slovak Leaders Magazine are clear that I am speaking about thousands of jobs created. The formula stands for growth in a calendar year made by two new Czech direct investments in the US, two expanded investments by existing Czech businesses in the US, and two new US direct investments in the Czech Republic as well as the expansion of two existing U.S. businesses here. Finding new Czech investors might be a bit challenging but I keep telling everyone that now, when the economy is booming, is the best time to invest. I am confident that it is going to stay that way for a couple of years. Do not hesitate to invest in the world’s largest market. My team and I are ready to assist with partnerships and the opportunities.

The previous administration concentrated a lot on Asia. How can we make “good old Europe” attractive for the US younger generation again, so they do not see it only as a good place for vacations but also a great place for a business?

First of all, you are not appealing just to the young generation, you need to attract the young business people and young investors who are able to invest. We have a saying “strut your stuff”, meaning the Czech Republic should present itself more proudly. Your economy is one of the fastest growing in the EU in terms of GDP. The size of a country does not always matter; moreover, the Czech Republic has a central location. It is a safe country. Present opportunities to start a business or expand a business into a country that is doing well. The only challenge you are facing is the potential availability of work force. I am trying as much as I can to“strut your stuff”and advocate for your beautiful country.

As far as Americans and their understanding of Czechs is concerned, I believe that the wonderful Czech work ethic should be stressed. Czechs are very industrious and the well known saying about the Czechs having golden hands is true. Throughout the centuries, the Czechs have had the reputation for being the best manufacturers. The times have changed but the manufacturing, automotive in particular, has still remained the leading industry. ŠKODA-AUTO has both an incredible reputation and quality production. Often, if you talk about quality skilled labor and production in Europe, Germany comes to people’s mind. I put the Czech Republic right next to Germany. As far as Czechs and their understanding of America is concerned, I definitely mention the American love of freedom. We are a nation that is 242 years old, which is a drop in a bucket compared to more than a thousand years of European history. Czech and Slovak history is full of iterations, moments of oppression and lost sovereignty. We have never had that, we founded our country based on a desire and love for freedom and we still cherish that. I do not know if people appreciate how strong and how advantageous that feeling is. Rule of law is another element that is particularly acute in our country. No matter who you are or where you are, if you are not following the law, you will suffer a penalty. Transparency is another important element to recognize, although there is still room for improvement. The last thing I need to mention is the American belief in a strong defense. We know we have something valuable and we need to protect it. We will always try to have the strongest possible defense against any potential adversary. We have an advantage as we have got two big ponds on both sides of us, and we are big. Since we are strong, and we have shared values, we are willing to make sacrifices for others. Remember the amount of American blood that has been shed on this continent or the amount of treasure used to rebuild this part of the world.

Last question will be on a personal note. How do you maintain work-life balance?