“A true media professional has only one master – the reader” 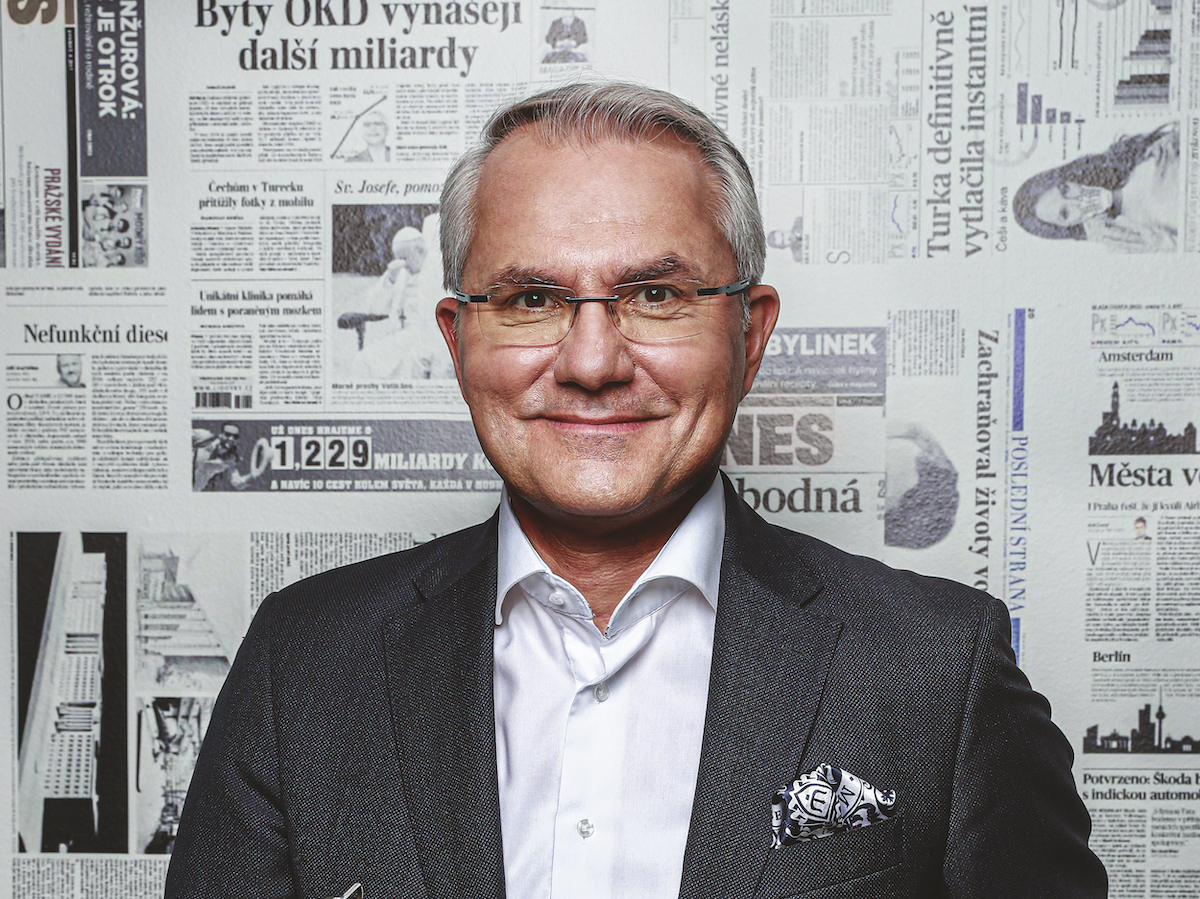 Not many people know Czech media better than Veselin Vačkov, the managing editor of the country’s oldest daily LIDOVÉ NOVINY. A quarter of a century ago, he started writing for the paper as a foreign correspondent from the Balkans and the UK. Later, he went through several editorial positions to end up at the very top one in 1999. Surprisingly, he made a career in Czech media without being Czech himself. Born in Bulgaria, he came to Prague in the late eighties to study at Charles University. He continued his studies at Oxford University, and achieved a PhD degree in computational linguistics. Today, he does not regret his decision to substitute academia for the newsroom. He believes strict professionalism is the answer to the challenges and pressures the media faces today: “A media pro has only one master – the reader, viewer, or listener.”

You started a career in academia but then changed direction. What made you become a journalist and editor?

I feel a huge respect towards scholars and scientists. Both my parents were university professors. However, working in academia seemed to my younger self in the nineties a bit too solitary and lacking clear perspective. Journalism – especially back then – offered much more dopamine. Yet, my academic training influenced my approach to journalism. I have always been interested in the power of language. As a scholar I studied the way it is structured and generated, while as a journalist I use its potential to influence people’s thinking. Especially in Europe, languages are absolutely central to our culture and identities. Working in journalism for me is an experiment in applied sociolinguistics. I really enjoy it.

You run the oldest Czech newspaper, but you are not Czech. How did you master the language?

I came to Prague in 1988 to study at Charles University.

I was almost 20 years old then, and did not speak a word of Czech. In theory, it was too late to achieve native speaker’s proficiency at this age. It took a lot of hard work, and apparently a grain of talent. I spent one whole prep year at a Czech language academy run by the university. After school, I regularly bought the evening newspaper “Večerní Praha” and read the whole of it, including the sports and crime sections. This helped me a lot. Socializing with my Czech schoolmates was also crucial. 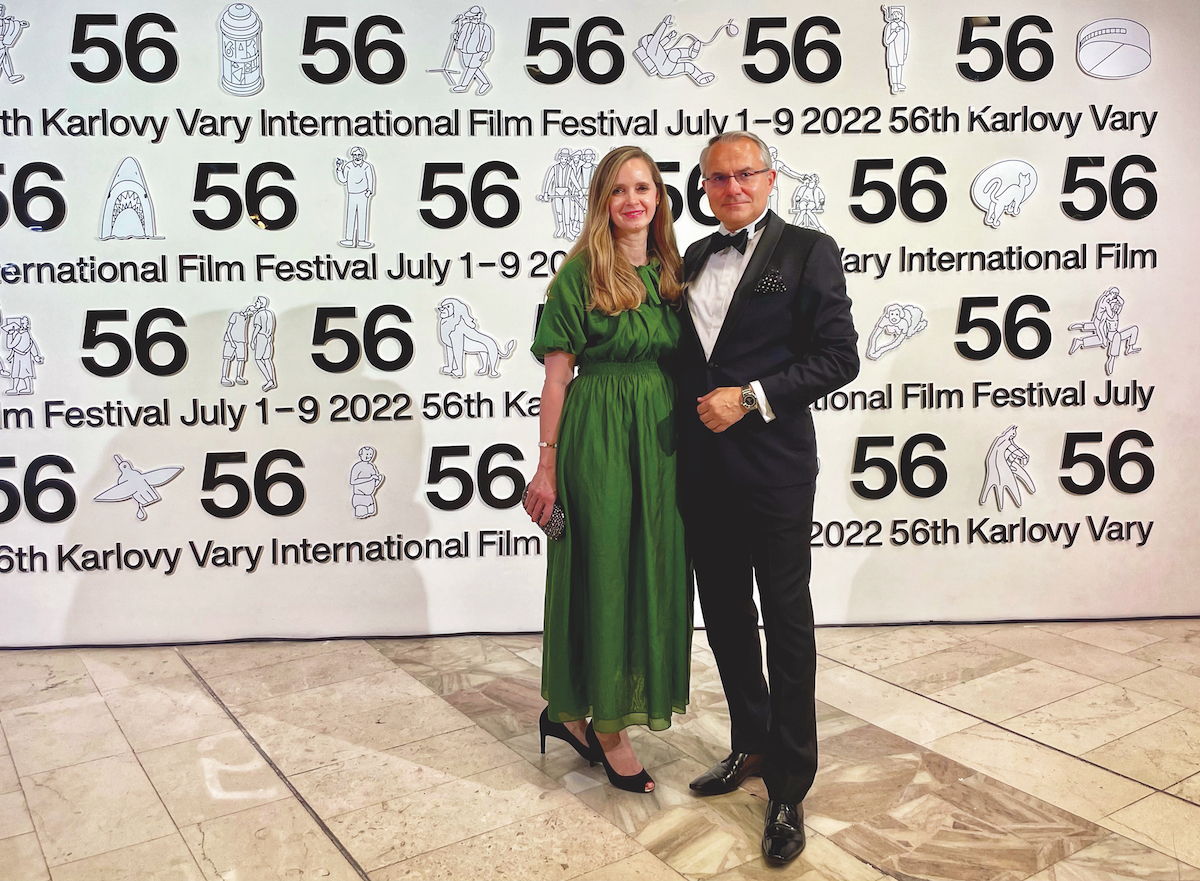 You started working for LIDOVÉ NOVINY in the nineties. How much have the newspaper and the mass media as a whole changed since then? Do you feel it was a change for the better?

When I started working in the newsroom, the paper was black and white, and the internet was something only geeks were interested in. Under my watch, LIDOVÉ NOVINY moved into full colour print, launched several supplements, magazines, and most importantly the news site Lidovky.cz. The internet and the digital distribution of news content were game changers in the industry. Unfortunately, old media embraced the internet without any clear business plans, giving away valuable content for free and not investing in technology. Tech giants invaded the media market and rewrote the rules. Old media houses lost revenue and influence. At first, it was heralded by many as a process of democratization of the media landscape. Today we know that it had a downside – fake news, atomization of the society, political discord.

Not at all. Many consumers rediscover the value of quality journalism done in newsrooms with rules, standards, and responsibility. Yes, it is costly and not all content can be offered for free. More and more readers are willing to pay for good content on the internet. We offer a subscription on our website Lidovky.cz as part of the iDNES Premium paid service. The total number of its subscribers surpassed one hundred thousand in April. This makes me optimistic about the future of traditional media brands.

What is your role as managing editor?

I have one foot in the editorial office and the other in the publishing house. Together with the chief editor, I set the agenda on a weekly and daily basis: which main stories we are going to pursue or who we are going to interview, what will end up on the front page, or what should be the paper’s position on important issues. Sometimes I even choose front-page photos and the main headline. This is the part of my job I still immensely enjoy after so many years.

The rest of my responsibilities concern the bottom line of all the media, under the brand of LIDOVÉ NOVINY: the printed newspaper, the website Lidovky.cz, and our magazines Pátek and Esprit. It means taking care of hiring and firing, marketing plans, events, important advertising clients, etc. As LIDOVÉ NOVINY is part of MAFRA, one of the biggest media groups in the country, many of these activities are shared between brands. This makes coordination even more important.

During your long career, the owners of the newspaper have changed several times. How difficult is it to resist the owners’ pressure and defend journalistic integrity? Do you sometimes feel like you are in Carlo Goldoni’s comedy “The Servant of Two Masters“?

A true media professional has only one master – the reader. Owners and editors come and go, media brands remain. LIDOVÉ NOVINY is a strong legacy brand, and our readers have very clear expectations. If we do not meet them, the readers will simply leave us. No owner or editor wants this.

In your opinion, will print survive? Will there be printed media 25 years from now?

The future is digital. In the last 25 years, I have observed the rise of digital media and it is unstoppable. This doesn’t necessarily mean that print will totally disappear. For example, well-profiled niche magazines like yours will be around for many years to come. Printed daily newspapers are in a more difficult situation. For them, digital transformation is the key. 25 years from now, there may not be a printed LIDOVÉ NOVINY anymore, but I’m positive that its media brand will exist in different form.

Can you give some advice to the next generation of journalists?

I would prefer not to. I was given no advice myself and learned the craft by experience. This is the best way for anyone who really wants to be a journalist. 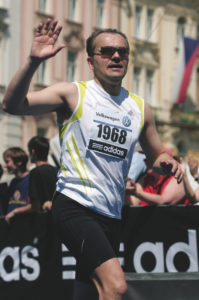 The Czech Republic took over the presidency of the EU Council in July. It is an important and demanding task for the Czech government. How do you expect it will be handled?

The EU presidency could be a white elephant for any national government – it is big and prestigious, but the maintenance costs are rather high. I do not mean the financial costs, but the political ones. If the government becomes too preoccupied with European matters, the voters may gain the impression that it does not care enough for domestic issues. Especially in dire economic times as the ones we live in. To answer your question, I believe the Czech government, and especially the Czech diplomats, will handle the presidency well. The more interesting question for me is – what will the political costs be?

What do you do in your free time?

I am a long-distance runner – figuratively and literally. I run almost every morning, five or six times per week to be more precise. I used to run marathons and half marathons in the past, but later on I adapted my routine to my age and time constraints. Now, I run shorter tracks but on a regular basis. The body and mind benefits are immense. In addition, my wife and I are frequent opera and cinemagoers.