“We live in a fast-changing world.” 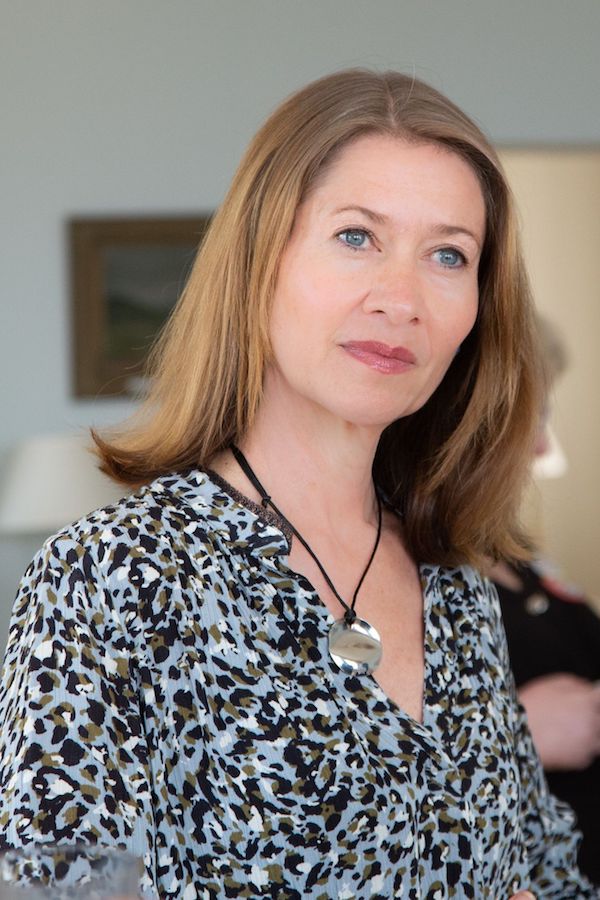 Interviews with ambassadors are music to my ears. It is a unique opportunity not only to get special insights but also a moment to hear positive words of praise about my country. Already my walk to the Swedish Embassy, all the way up to the Prague Castle at spring time Prague, made me fall in love with my city again. I carefully listened to Mrs. Li describing Sweden, having comparable population to the Czech Republic, being a middle-size country. Originally, I chose three topics associated with nowadays Sweden. The first topic was innovation. Did you know that Spotify is Swedish? And that Stockholm produces the second highest number of billion-dollar tech companies per capita after Silicon Valley? The feminist foreign policy was the second issue. What does it mean? In this context, it is worth mentioning that Sweden has over 40% women ambassadors. In the Czech Republic, the long-time score has been around 10%.

Last but not least, I was interested in Mrs. Ambassador’s view on the Czechs and the Czech culture. Having so interesting topics, I did not feel the need to ask any personal questions. I do not usually ask such questions to male ambassadors either. But one thing Mrs. Li revealed herself, her name comes from her Chinese spouse.

Mrs. Ambassador, you came to Prague from Beijing. It was a direct transfer for you, meaning that you did not serve back at Stockholm headquarters. How did you find such change of posting, from a big country to a small country, from a superpower to a country where it seems that the time stood still, at least climbing the medieval cobble stone streets on the way to your Embassy?

I spent six years in China and as you mentioned, it was a big change to come back to Europe. China is a dynamic country, the sheer size is amazing and it impacts the work. Living in cities like Beijing and Shanghai is fascinating, they say, that these cities where 24 to 30 million people live, never sleep. But I appreciated coming back to Europe, where many things are on a more human scale. Travelling across the city does not take the whole day, we get in and out of the country really easily, Internet is freely accessible and you have a better possibility of recreation in the nature with cleaner air.

What was the change as far as the nature of diplomatic work is concerned?

It was great opportunity to work in China and to promote Swedish business, Swedish culture and as far as it was possible, Swedish values and policies. Coming back to the Czech Republic is working in a different context. We are working with a friend and partner in the European Union and the cooperation takes place at much deeper level. We address more specific issues and their span is also much wider. I enjoy working on European issues again, since they are close to us as Europeans and affect our everyday lives. We all want the European Union to function well. I still remember when Europe was divided.

I was travelling across Central and Eastern Europe when I was only 15, we were travelling by train and I remember the strange feeling while travelling through the other side of the Iron Curtain. It is nice to be engaged in the process that has reunified Europe and it is inspiring that we are working together to improve the functioning of the EU. The Czech Republic and Sweden have so many things in common. We cherish open trade, open society, we want to develop our economies in a more digital and innovative way, we both care about climate and environment and both of our countries are engaged in global sustainable development. Now, the Czech Republic is chairing the United Nations Economic and Social Council and Sweden holds a seat as a non-permanent member of the Security Council and such important positions only underline engagement of both countries on the international scenes.

Mrs. Ambassador that sounds like music to my ears. What are the issues on which we do not agree?

Migration issues might be one example. But let us not exaggerate the differences, as there are many points we agree on. We both agree that the Schengen-area is important and it should function. We all appreciate Schengen being convenient and efficient in order to travel, to study or to work. We want the EU to have well-protected boarders and that we maintain control on who is coming and moving around. Both countries share such views. This being said, we cannot ignore the huge migration that is currently going on, including the refugee crises. There are hundreds of million people migrating. Some of them are trying to find a better life, some of them are moving because of wars, internal conflicts, draught and hunger. We cannot put all these people in the same category. We understand that all migrants cannot come to Europe. At the same time, we do need people in Europe to become part of an active workforce. The Czech Republic already accepts many working migrants, coming from Ukraine or Vietnam. In Sweden, we also need highly-skilled people for qualified work. On the other hand, people who leave their countries involuntarily need protection and have the right to ask for asylum. We have to follow international rules and we should work together in order to set up the best mechanisms for handling these different questions with full respect for human rights. The European Union needs to have an efficient mechanism to handle a refugee crisis, where we show solidarity with each other. The situation in 2015 became unsustainable. We had 160 000 people arriving to Sweden within a couple of months. It was difficult to shelter them, even registering them was a challenge. On one hand, it was enormous strain, on the other hand, it showed the solidarity and resilience of our society and that is a representation of our strength.

Despite the recurrent articles in the Czech news, portraying negative consequences of immigration, Sweden has had several successful immigration waves.

Over the last fifty years, we have successfully included a lot of people in our country. There were waves of Greeks, Turks, Italians, Iranians, Bosnians fleeing the Balkan war, Chileans fleeing the Pinochet coup and lately people coming from Syria and Afghanistan. Integration is difficult. It is not always easy to for those who arrive to adapt and for the labor market and education systems to absorb those who are arriving. But in the long run, it has been beneficial for the economy and our society. It has also been beneficial for the inventiveness. This is not to hide the problems. Some groups have not integrated well, our society has failed on some accounts and created pockets of social exclusion. We are aware of the problems and we are trying to solve them. However, acknowledging the problems does not mean that our migration and asylum policies have been a failure. On the contrary, regulated migration and a generous refugee reception has made our society richer and more open.

Speaking of vulnerable groups brings us to the next issue, that of Swedish feminist foreign policy.

Feminist foreign policy is based on a fact that women everywhere are lacking in rights, representation and resources, the three “Rs” as we call them. When it comes to rights, we stress that human rights are women rights. Representation, and in particular representation in political assemblies, is another area where equality is lacking. Women are also excluded in other important contexts where they should be playing a role. Take for instance peace negotiations and conflict resolution schemes. Current conflicts and wars are severely affecting women, but very few women are present at the peace negotiation tables. This is not only wrong, but also unsustainable, as women are instrumental in rebuilding any peaceful society. The last issue is about resources. Again, a whole range of issues needs to be addressed, ranging from ownership structures to economic empowerment, equal pay and unpaid labor by women. We want to work in realistic way and in partnership with all stakeholders.

I would like to underline that a feminist foreign policy is not an “ad hoc” or “add on” to a previous policy. It is a new way of addressing everything and the new policy must be integrated in every aspect of our work. It therefore also affects the way in which we work at the Foreign Service and at this Embassy. How we recruit and how we organize our work so that we are sure to enable both women and men. Sheer numbers are not sufficient, although you need to have a critical mass of both women and men in order to reach equality. But then you need to enable diversity. For instance, try to schedule meetings before 4 o’clock in the afternoon to enable both women and men to pick up their children and enjoy family time.

I remember when the Czech minister of foreign affairs asked for a late afternoon with his Swedish counterpart and the response was to reschedule for the morning.

Yes, such policies and their adoption really depend on leading by example. Thanks to our foreign minister Anna Lindh, who was a working mother, late meetings stopped in our Ministry. Also the practices of informal guys’ networks where the decisions were made after work in settings women did not have access to all but ended. The same goes for private the sector. We have just hosted the Global Leadership and Equality Advisor for IKEA here at the Embassy. IKEA has worked hard to become a leader in diversity and can now pride itself in having 48% of women managers. The issue of diversity will not come by itself. It has to be grounded in your values and strategies and actively evaluated and promoted until it is a natural part of every-day life. Diversity is a win-win game. In the end, we all want efficient organizations, the best Foreign Service, the best board in a company and so on. But how can you attract the best if you are not enabling everyone to participate?

Such approach brings me to the last issue, which is innovation and technology. You mentioned that it is also one of the subjects you came to promote.

We live in a fast-changing world. We are experiencing globalization together with a change in communication and the way we work due to robotization and artificial intelligence. We have huge challenges when it comes to the environment. We are hoping that innovations and technology will help us to solve these issues. However, technological innovation is not enough, we also need to have social innovation. The gender issue we have discussed is one example. Education is a key to success and how we educate our children and how we structure our education system, enabling life-long learning, will be very important. Sustainability, innovation and equality are very much interconnected and it all starts with good leadership, inclusion and empowerment.