“The human brain has 100 billion neurons, each neuron connected to 10 thousand other neurons. Sitting on your shoulders is the most complicated object in the known universe”. —Michio Kaku 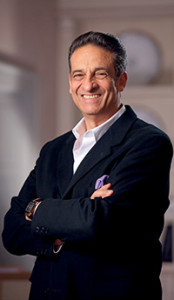 Mark Waldman and Andrew Newberg are a talented team of neuroscientists, who have taken complex findings in brain science and made them understandable for non-scientists. Waldman has written more than 12 books on consciousness and its intersection with neurobiology. He summarizes his overall findings by saying that “Life is simple, and satisfaction is easy to attain, but the human mind is blind to this fundamental truth” As we shall see, there is a good reason for this blindness. However, the brain can be taught to “open its eyes” when necessary to achieve happiness and fulfillment.

I would like to share with you 10 important findings that Waldman has distilled from his research efforts with Newberg.[i],[ii],[iii],[iv]

I have discussed this extensively in a number of prior articles. Waldman points out that one of the reasons for this inaccurate view of reality is that our five senses gather information from outside world in a way that enhances our chances for survival.

As species became more complex through the evolutionary process, they develop an increased number of sensory organs. Consider the 3.5 billion year evolutionary path from bacteria to humankind. For example, our eyes react to light waves in our environment which in turn activate the color cones in our retina. This information is then sent to the visual cortex in our brains where something we call color is encoded with certain names, e.g., red, blue, green, for later identification and use. However, there are no colors in the real world, just an infinite number of vibrations in the electromagnetic energy spectrum. Interestingly, the part of our brain where we “see” the world is in our frontal cortex and only minimal information is sent to it by our visual centers.

As Waldman states, “What we see is more like a movie that blends light waves and sound waves and inner emotional experiences into a story that is far removed from the reality that actually exists. All neuroscientists agree with this premise, which is why they love to study optical illusions.”

I have a somewhat different view on this point, but the outcome is the same. From my studies, I believe your Personal Consciousness (You might call it your soul.) is infinite and eternal and it creates your mind, not the converse. Thus, your mind becomes aware of your existing consciousness the moment you wake up and voluntarily move your body.

This point is related to what neuroscientists and philosophers call the “hard problem,” namely, explaining the relationship between physical phenomena such as those processes which occur in your brain with your experiences of consciousness. Scientists know that dopamine, a pleasure neurotransmitter, is released in the motivational center located deep within what has become known as your “ancient brain”. This neurotransmitter stimulates an area in your frontal lobe, just above your eyes and makes you aware of the outside world. If the stimuli—sight, smell, sound, touch—are pleasurable, then this sense of consciousness, which is believed to occur in all mammals and many other organisms, entices you towards the object of concern. However, if it is threatening or unpleasurable in any way, then your pain centers are activated and you retreat from the stimuli.

Now this is truly amazing! Noble laureate Eric Kandel showed that a single nerve cell from a sea slug can be trained to be curious about its environment. To do this, the slug grows more dendrites and axons from the neuron body, which allows the cell to send and receive many more messages between it and neighboring cells. A single neuron can store these messages in its “memory.” If, for some reason, it is traumatized by its environment, it retracts its dendrites and axons to demonstrate its “fear.” Thus, even a single neuron nerve cell is capable of demonstrating pleasurable motivation, anxiety and fear.

Most of us believe that at any given time, we are conscious of hundreds of physical things in our environment—colors, sounds, movement, our goals, etc. In truth, Waldman and Newberg find we are only capable of being simultaneously cognizant of a few chunks of information, where a single word is a chunk. Thus it is nearly impossible to recall a sentence, which has more than eight words. Can you recall any of the previous sentences? Sure, you can memorize a sentence, but that is an entirely different exercise than instant recall. Most important, it is very difficult to focus simultaneously on a pleasurable and painful memory, which is why some psychiatrists encourage patients to focus on a pleasurable memory when anxiety or depression kicks in.

Feelings and memories have less to do with the present moment, although we sometimes forget this is a fact. It is particularly important when considering the challenge of unpleasant and fearful thoughts. Why is this?

Our brains prefer to embed negative memories because historically, we needed to respond to threats much more quickly than our conscious minds could respond. This is an evolutionary protection mechanism. For example, you go to step off the curb into the crossing and see a speeding car a few meters away. Immediately the consciousness sensors in your frontal lobes turn down their sensitivity and your instinctive reaction takes evasive action. Sometimes the entire fraction of a second event can seem like a slow motion movie. Waldman says that this is because your everyday consciousness slows down and you “ancestral” protection consciousness or awareness, i.e., your “ancient brain” takes control.

Unfortunately, when there is a real threat, the brain responds to a negative memory as if the negative memory were occurring in the present moment. The more you focus on “something negative can happen to me,” the more your body will release stress neurotransmitters to evoke a “fight or flight” response. It gets worse. As your brain perceives that there really was no threat, it enters a stage of confusion and releases even more stress neurotransmitters. Continued cycles like this can lead to an emotionally damaged brain.

Your right prefrontal cortex constantly generates a stream of negative thoughts and feelings. This is a remnant of your “ancient brain” protective mechanism. However, your left prefrontal lobe is much more optimistic and evolved to support your making beneficial decisions directed at achieving your personal goals. You can focus either of these lobes with the obvious outcome, but you cannot focus both of them simultaneously.

Waldman reminds us of the findings of Positive Psychology founders, Fredrickson, Gottman and Losada, who independently determined that in businesses and personal relationships where the ratio of positive to negative thoughts falls below 3-to-1, those relationships were most likely to fail. The most successful relationships and businesses were those where this ratio was at least 5-to-1. The reason for this effect is, as discussed above, the predilection of the brain to turn negative experiences into negative memories, and ultimately create negative consequences. Waldman in his studies has found that you can readily train your brain to interrupt negativity and generate optimistic thoughts with the desirable result of a successful interpersonal relationship or business.

This is a very important point, which I have discussed it other contexts in prior articles. Waldman describes the impact of this process in precise detail as follows.

“Our memories form the basis of habitual behavior and they also form the foundation of our belief systems. A belief is a thought process – an assessment of the world and the value we place on a behavior or ideal. The more we repeat a certain thought, the more “real” that thought becomes. Because everything we believe in also has a corresponding non-belief, the brain does something odd. It rejects any information, or anyone, that interferes with that belief. It’s a natural neurological process and it explains why human beings are so prone to prejudice. The moment we identify ourselves with one group (political, religious, social, or even a sports team) the less respect we show toward people who are members of different groups. We need to remind ourselves that our labels – our beliefs, our memories, even our perceptions of the world – are not real. Instead they are arbitrary categories that our brain uses to organize the sensations coming in from an unknown world.”

Here Waldman is talking about very simple pleasures, but ones that can have a positive impact on your performance and fulfillment. He suggests:

The process of awareness or consciousness requires highly focused attention and utilizes extensive levels of stress-reducing neurotransmitters. Taking a couple of two-minute “daydreaming” breaks every hour or so can have a significant impact in rejuvenating your body and soul. Daydreaming also helps encode new information into long-term memories. It stimulates creativity in the brain’s frontal lobes. Maybe we should not be correcting and discouraging children from their daydreaming habits.

We have all seen at one time or another how stress can stimulate excessive worrying, procrastination and is well known as the source of nearly every illness. Waldman has a few suggestions that help reduce stress. He notes that a quick way to interrupt stress is by yawning. It lowers hyperactivity in the functioning of the frontal lobes of our brain. Drawing on suggestions made above, Waldman has found that if you combine yawning with slow stretching and gentle stroking of your arms and hands, you can enter a deep state of relaxation within a minute. I tried it. It works!

Waldman’s and Newberg’s work in neuroscience is most noteworthy. I recommend their books as a means to better physical, emotional and spiritual health.

Enjoy your journey, make a difference!

James A. Cusumano (www.JamesCusumano.Com) is Chairman and Owner of Chateau Mcely (www.ChateauMcely.Com), chosen in 2007 by the European Union as the only “Green” 5-star luxury hotel in Central and Eastern Europe and in 2008 by the World Travel Awards as The World’s Leading Green Hotel. It is home to Chateau Mcely Forum™ (www.ChateauMcelyForum.Com) which offers programs that teach the principles of Inspired Leadership. He is a former Research Director for Exxon, and subsequently founded two public companies in Silicon Valley, one in clean power generation, the other in pharmaceuticals manufacture via environmentally-benign, low-cost, catalytic technologies. While he was Chairman and CEO, the latter – Catalytica Pharmaceuticals, Inc. – grew in less than 5 years, to a $1 billion enterprise with 2,000 employees. He is coauthor of Freedom from Mid-East Oil (2007), and the author of Cosmic Consciousness – A Journey to Well-being, Happiness and Success (2011), BALANCE: The Business—Life Connection (2013) and Life Is Beautiful: 12 Universal Rules (2015).