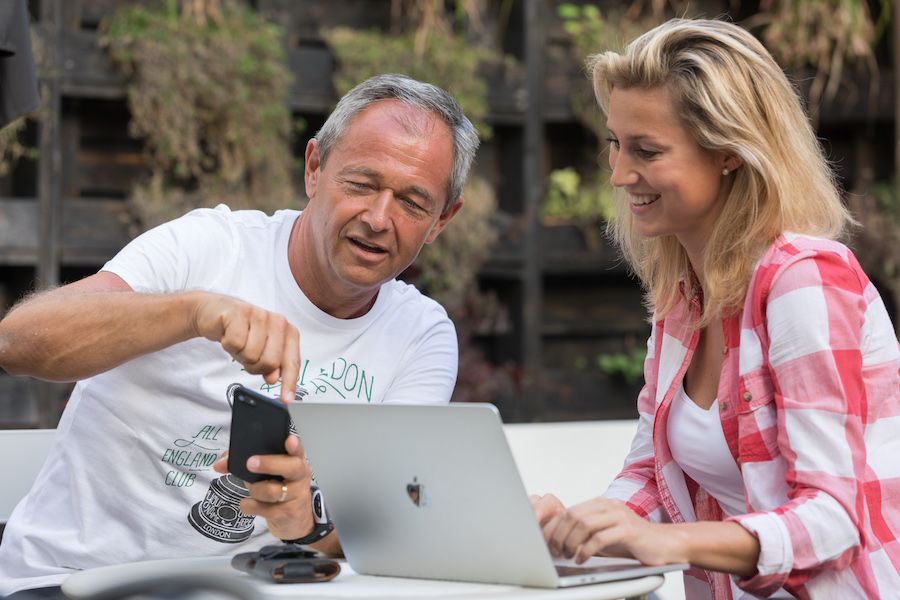 Coronavirus has turned the lives of many people upside down. Among other things, the pandemic made it impossible to meet in person, as we have been now used to. Many individuals, companies and schools switched to online communication and online education. Although the use of technology on a daily basis is nothing new to us, the amount of time spent looking at screens has increased by tens of percent from day to day, and the increasing amount of information is a great strain on our brains.

Up until now, humankind has been living in a linearly developing world. The human race’s progress, inventions and developments have been happening in increments. Some 50 years ago, Intel founder Gordon Moore made an observation that the number of transistors in a dense integrated circuit doubles about every 18 to 24 months, now known as Moore’s law. In effect, this means that the global computing capacity over that period doubles, which has vast consequences both for the global economy and the human brain.

The brain’s function has not changed for millennia, and functions linearly, just as it did ten thousand years ago. It is therefore in no way prepared for the bi-annual doubling. Whenever you are pushed out of your comfort zone, our ‘Monkey’ (the amygdala, emotional part of our brain) activates the “fight or flight” response. In our distant past, in which these responses have been programmed into our brain, you could either try to fight the animal attacking you, or run away from it. This made the “fight or flight” response very useful. In today’s world however, that is not enough. Nowadays we need our brains to stop operating in a linear manner and start functioning exponentially; taking advantage of the exponential development enabled by modern technology.

In a single week, our brains need to process more information than our ancestors received during their entire life. This extreme pressure actually compresses time: problems that required an hour of your time two years ago now have to be squeezed into half an hour. The time compression proceeds ever faster – in the future, our pace will have to speed up exponentially.

THE DANGER IS DECREASING, THE STRESS IS INCREASING

Both children and adults are under enormous pressure. In the prehistoric times, periods of extreme stress might have occurred perhaps once a month, when it was time to go hunting. In today’s rat race, such stressful moments can easily come once every ten minutes. Advancements in technology have reduced our stress caused by imminent physical danger, but have increased our mental stress, which is often far worse.

Things keep changing at an exponential pace, but our ‘Monkey’ still works just as it did a thousand years ago. It insists on warning us of every possible failure, and the more we feel pressured by the fast-paced modern life, the more it keeps acting up. As the information volume grows exponentially, so does the pressure we are under. Competition is fierce in all fields of business, made even more difficult by the fact that instead of competing locally, people now must compete on a global scale.

For instance, one of the contributing factors of the extremely fast spread of the 2008 global financial crisis was the Internet. Any information posted online can instantly cause worldwide repercussions. Shortly before the crisis outbreak, people read the news about the stock exchange collapse and started panicking and selling their stock as quickly as they could, which caused the entire economy to crash. Similar factors then prompted the economy to restore itself again. Such situations can be very dangerous.

Increased speed of information spread is very much related to the fake news phenomenon, which has become a global problem. It is extremely important that schools focus on teaching children critical thinking and the importance of finding trustworthy sources. The exponential age has literally flooded us with information, and sometimes it is hard to tell – especially for children – the really relevant news from questionable sources.

THE DIGITAL WORLD OF OPPORTUNITIES

In order to be able to cope with the world created by modern technology, and to see it as an opportunity rather than a threat, we need to improve our mental hygiene and self- awareness. Unfortunately, schools have not taught us how to do either (and neither do they teach it to our children). Many people have no idea that such concepts even exist, let alone how to use them. We are not aware of their importance until we are in trouble.

Digital technologies offer great opportunities. Thanks to them, anyone – children, young people and adults alike – can learn from the greatest educators in the world, through such channels as YouTube, the LinkedIn network, or various educational courses and websites (MOOC, Khan Academy, etc.). However, technology also includes old-school audio recordings, which parents tend to overlook even though they used to like them very much when they were little.

Children respond to stories played from a CD differently than if they simply watched them on a tablet, computer monitor or TV screen. Listening to the spoken voice, children can engage their creative side by forming the images in their mind (similar to reading a book). They can let their other senses rest, close their eyes and immerse themselves in the world of their imagination.

When you have some spare time, try to find some time to listen to the spoken word with your child. You can listen to audiobooks and recordings in the car, but it is even better to reserve some special time just for listening, for example during the afternoon siesta or before bedtime. Make yourself comfortable, let go of all your inner worries and concerns, cuddle up with your child and listen to a story. You can turn it into a sort of ritual, just for the two of you. 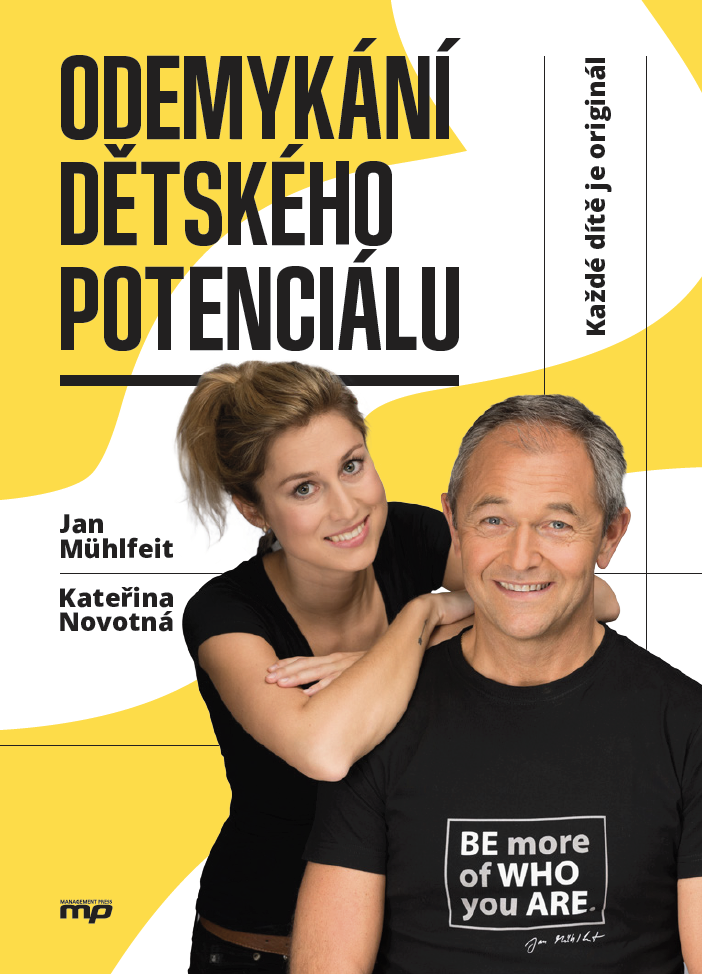 THREE WAYS TO USE TECHNOLOGY FOR EDUCATION

Thanks to modern technology, learning has become a global process. With English being the universal language of international communication, once a child from any part of the world learns to speak English, they can interact with their peers from all over the world. A great example is Jan`s experience: “My daughter attended several international schools. Whenever she was trying to solve a problem, she would not come to me; instead, she simply turned on Skype. Within minutes, she put together a team of five children from four different continents, and they looked for a solution together.”

Teamwork is going to become an important part of the learning process. Modern technology takes down the barriers between people, places and ideas. Thanks to social media and modern communication tools, such as Skype, children will have to learn to work in teams.

Teamwork is turning out to be an essential skill which is not yet adequately taught and practised in schools. Individual learning and testing are of course still necessary but supporting students to work together as a team is equally important. With the aid of modern technology, students can solve problems in a flexible manner, work together online and instantly share their ideas and files required for team projects.

Many psychologists consider the Western model of society, that of focusing on the needs of the individual, superior to the collectivist Asian model. We believe that we should strive to achieve some kind of middle ground, and embrace some aspects of the Asian collectivist cultures. There is no need to set up a special committee for every single decision but learning to work as a team is important.

If you are not a team player, you either need to learn fast or you will probably fail in almost every job. All the “big projects” today are created by teams: from a small team of doctors and nurses performing an operation to teams of some thirty thousand software engineers writing code for Microsoft or Google. The team leaders’ task is to put together the right people and steer them in the right direction, in order to create synergy and achieve a flow state – not only as individuals but as a whole team.

The use of technology is closely related to digital hygiene. You should not underestimate digital hygiene. This means that despite trying to be still in the picture, we should be offline as often as possible, both physical and mental. If you want your brain to function effectively and consistently, even under stress, you need to give your mind plenty of regular rest.

Today’s children are the first generation to have been born into the digital age, surrounded by technology at every turn. So far, we have no idea what kind of impact the ever-present technology is going to have on them. They are perfectly able to handle cell phones, tablets and computers from an early age, but as with everything, this also has its own dark sides, e.g. addiction or stress.

Virtually everyone has a cell phone, laptop or PC. It would make no sense to behave as if those devices do not exist. Instead, parents should focus on improving their own digital hygiene, and become a good role model for their children in this respect. There is no use to shield children from technology; you will do them a much better service if you don’t spend every waking moment attached to your smartphone.

If you got inspired by our text, want to help your children to discover their talents and prepare them for future life, sign up for one of our courses, which are now available in online version as well. As part of the ‘Unlocking a Child’/Student’s potential’, with access to the latest psychological knowledge, parents can learn how to effectively lead children in the right direction, so that they can not only be successful, but also live happy and content lives. More information at: www.odemykanidetskehopotencialu.cz and www.janmuhlfeit.com.

By Jan Mühlfeit and Kateřina Novotná