THE CURRENT SITUATION in relation to lifelong learning and online education 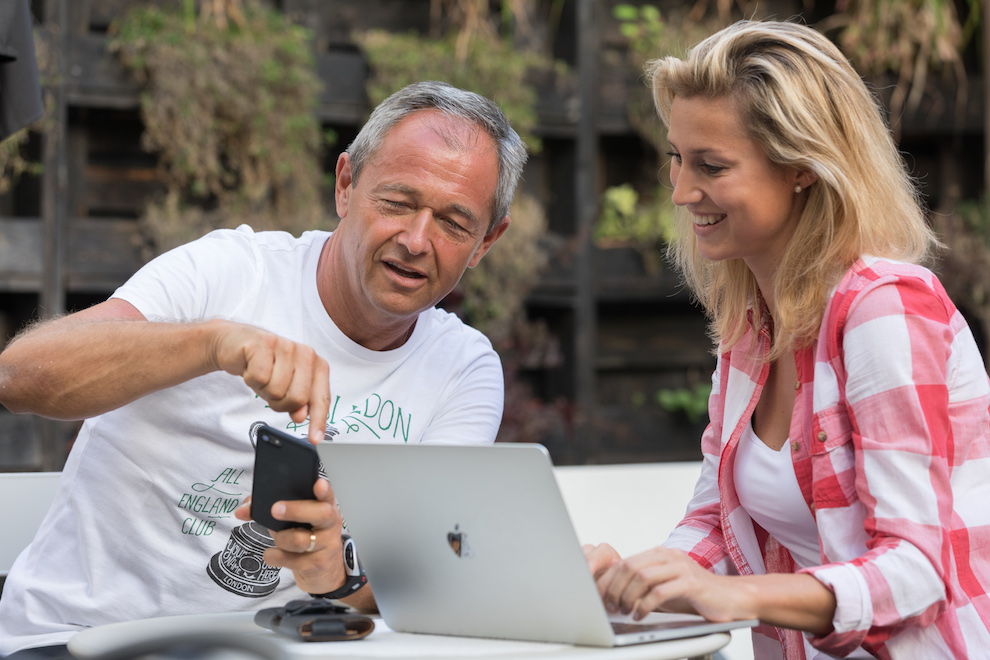 At present, individual fields are developing exponentially thanks to technologies. The development takes place within the content of the given industries, but the process by which the changes are implemented, is also important. The last three decades have been marked by tremendous progress in the field of technological innovation. The basic pre- condition for their use, is financial capital, which is just as important as knowledge capital. We can have all the new technologies in the world at our disposal, but what good will they do to us if we cannot work with them effectively?

ONE PROFESSION IS NOT ENOUGH

Forty years ago, car mechanics were working with classical mechanical tools. To execute their work, manual skill and knowledge of mechanical principles were enough. Today however, our cars are serviced by IT professionals. Modern cars are now highly sophisticated computers, with software making up sixty percent of the costs.

The way people are educated today is not sufficient enough for this acceleration in time. In the past, one profession was enough, although in today’s world, multi-skilled individuals are becoming the standard. Doctors nowadays are also undergoing interdisciplinary attestations, as being a professional in one field is simply not enough.

With the advent of new technologies, the process of globalization is accelerating. Global connectivity also means global competition. Lifelong learning will thus have to become a mantra. It is now known that the human brain is neuroplastic and continually develops throughout our lives. The ability to make synaptic connections between individual neurons is unlimited, meaning we can learn new things until death.

When we talk about education, we often mention schools, but education within companies works on the same principle. Only the most modern companies provide online training and thus enable their employees to increase their knowledge capital. If people are interested in advancing in their careers, they must gain new experience and knowledge in order to meet the requirements that arise with new technologies.

2020 brought us a multitude of knowledge. The strange time in which we started working from home, has showed us above all, that ‘home office’ actually can work. However, its effectiveness could be exponentially higher, if requirements were set in advance. Thus, people would be able to use new technologies to their maximum capacity.

American publicist Steven Kotler mentions one of the scientific studies that examined what is needed to keep a company among the top five companies in the world for two centuries. It has been found that the only long-term determinant of any organization’s ability to compete, is the ability of the company and its employees to adapt to change. Companies that will be able to adapt their employees and subsequently teams into a state of flow, aspire to be among the best.

Technological innovation is becoming a commodity. The human brain and our ability to learn new things are essential to the effective use of technological advances. An example of inefficiency is the Czech state administration. Although it has relatively high-quality technological resources, it works in virtually the same way as it did thirty years ago. The mistake does not arise on the part of civil servants, it is primarily a problem of the organization, which does not invest into the development of knowledge and skills of its employees.

The youngest of children are currently the only fallback to such change. At an early age, their education and learning tend to frustrate them, in a school where an outdated school system insists on memorization and drilling. They learn things they know they will never find a use for. Understanding the system and respecting it is much more challenging in today’s world. Students have access to the Internet, and therefore to very quick answers. They are thus demotivated and no longer want to learn new things. Hence, it is essential they understand that education is not just a school institution.

The education system has been criticized for many years, so it is obvious that it will not change by snapping your fingers. That is why it is important to awaken in children, a passion for learning, as school is not the only source of information. We need to realize that we can be educated elsewhere. A good example is the Internet with an almost unlimited number of options existing. Whether it is the Khan Academy’s learning platform, elaborate videos on YouTube, or MasterClass online training courses with professionals from various fields, there are many options.

It often happens that after people start their working careers, they find out that they have learned almost nothing, and have to re-learn useful knowledge and skills. This is also one of the reasons why many individuals are nowadays looking for personal development courses and trying to figure out how to work properly with themselves. If they had realized these things in elementary school, it would have made a lot of things easier for them.

WORK WITH AN INDIVIDUAL APPROACH

One of the problems with the education system is that it does not differentiate between individual pupils. It requires them to learn specific knowledge, but it no longer addresses whether children will actually find a use for it in the future. However, this is in direct conflict with “school by play” concept. The moment an individual will know at an early age what he excels at and what he has talent for, they will find their way to inspiration easier. Everyone is good at something, some are more analytical, some have strategic skills, and some are logical. Until we work correctly with children’s individuality, we cannot move forward. We are currently bending the children around the curriculum. However, we should bend the curriculum around the children. The concept of the “pupil at the centre” is more than twenty years old, but the theory has still not found its anchor in practice.

It is essential that children understand how to learn. The gained knowledge will quickly become obsolete in today’s fast-paced world. The current generation of children is the first to learn to unlearn what they had learned before. This is very closely related to the previously mentioned notion of neuroplasticity. Up to forty percent of behaviour is affected by our habits, which need to be worked with. It is not so easy to get rid of some of the previously adopted ones. You need to be aware of them first and then replace them with another activity. At that moment, the transformation takes place, and the original (bad) habit disappears.

Thanks to the knowledge gained through epigenetics, it has been found that there is also the so-called ‘adult neuroplasticity’. Although this kind of neuroplasticity is much slower than that seen in children and adolescents, the brain still has the ability to make new synaptic connections. The statement “you can’t teach an old dog new tricks” is a myth, however, lifelong learning is not.

A living example of this, is the well-known tennis player Roger Federer, who is a different player every year. His physical strength is constantly diminishing, so he has to think of other ways to defeat his opponents. One of his tactics, for example, is the ability to read body language, thanks to which he can judge his opponent’s movements and thus reduce his overall expenditure.

BALANCE BETWEEN WORK AND PERSONAL LIFE

Sufficient rest is as important for education as learning itself. We gain new experience and skills at work, at school, during sports, as well as other hobbies. However, the acquired knowledge, i.e., the interconnection of neurons by synapses, only occurs during one’s sleep cycles.

There needs to be balance between work and rest, as well as between work and family, especially during a pandemic, when many of us work from home and everything meets at one point. For example, routines can be an effective aid. Morning work, then lunch together, followed by learning with children and so on. Just because we spend most of our time at home these days, doesn’t necessarily mean more time spent with family.

Digital technologies can be a great helper, and at the same time it is much more difficult to maintain this balance. Therefore, it is appropriate to introduce the so-called digital diet, i.e., to determine the time we spend the old way – without screens. In addition, planning family activities can also help maintain balance. Nowadays, many children, teachers and parents are struggling with school education. Online teaching requires modern technology. However, if these technologies serve a system over three hundred years old, the efficiency is hardly even halved. If teaching cannot take place in the traditional way, it is more desirable than ever to go for a school by play, as Comenius said four hundred years ago. One option is to give the subject to children in the form of stories, or to encourage them to involve all their senses.

POSITIVES THAT ONLINE EDUCATION COULD BRING

If online teaching is done correctly, it can bring at least three positives. The first is individual education, the basis of which is the knowledge and self-knowledge of the student. Everyone has a different way of learning. For example, the visual type better remembers the things they see, the auditory learns well by listening, and the kinetic type suits with a certain activity or experience.

The second is the ability to work in teams. Various online learning platforms allow you to create separate rooms. Dividing children into several groups and letting them work on a task can be a step towards increasing children’s motivation and actively participating in lessons. The third positive is online learning in itself. Thanks to the Internet and global connectivity, children can connect with students on the other side of the world. Not only will they practice a foreign language during the meeting, but they will also learn something about the realities of another country and will likely remember it better than in classical geography. Modern technologies make these connections possible, so why not make full use of them?

Teaching the obsolete curriculum is not the way to go. If we can use modern technology and try to present knowledge in a new way, it will bring joy not only to children who start finding school entertaining, but also to parents, who will then not have to worry about tutoring them at home. In the end however, this investment represents the greatest benefit for the child themselves, who, thanks to the creation of a positive relationship with education, will continue to learn throughout his life.

By Jan Mühlfeit and Kateřina Novotná