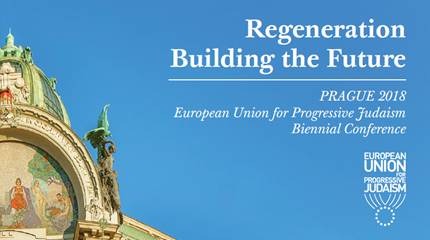 From Sustainability to Regeneration

Jonathan Wootliff is our regular contributor on Sustainability Development and he is also the Chair of the local organising committee for the European Union for Progressive Judaism conference in Prague.

While he usually writes about such issues as corporate responsibility, environmental protection and social issues, in this issue he is interviewed by Leaders Magazine correspondent Linda Štucbartová about the conference which takes place in Prague from 26 to 29th April.

With more than 300 delegates from 27 countries, this will be the largest religious gathering of Jews in Prague from around the world since the Second World War.  Almost 40 men and women rabbis will also be attending the conference, including the World Union for Progressive Judaism president and Europe first Progressive female Rabbi.

Why did you decide to bring this conference to Prague? 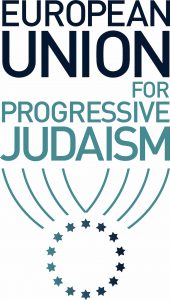 Jews have lived in this country for many centuries and Prague was one of the most important Jewish citiesin the world until 1939.  It was the Holocaust and the subsequent communist regime that almost decimated the Jewish community.

The European Union for Progressive Judaism has been supporting the resurgence of Jewish life here since the Velvet Revolution.  As a non-orthodox organisation, we offer an accessible alternative for many Jews, particularly through our two congregations in Prague, Bejt Simcha and the Jewish Liberal Union.  While religion is at the heart of our Movement, we welcome people from diverse backgrounds who a kind of Judaism with which they feel comfortable.

Also, it is exactly 100 years since the establishment of Czechoslovakia and there is surely no other country that can match its both passionate and consistent support for the Jews and Israel.

Consider these words of Tomáš Masaryk expressed in 1918: “The Jews will enjoy the same rights as all the other citizens of our State… As regards Zionism, I can only express my sympathy with it and with the national movement of the Jewish people in general, since it is of great moral significance. I have observed the Zionist and national movement of the Jews in Europe and in our own country, and have come to understand that it is not a movement of political chauvinism, but one striving for the rebirth of its people.”

What is the purpose of the conference?

It is an opportunity for like-minded reform and liberal Jews to come together to learn, share experiences and celebrate the revival of Jewish life in the Czech Republic.

The conference includes a rich range of plenary lecture, debates and workshops.  The topics to be covered will include antisemitism in Europe, mixed interfaith marriages, leadership across generations, community development, progressive Judaism and entrepreneurship, environmental and social sustainability, as well as Israel and its lessons for Europe on immigration.

We hope people will leave the conference feeling that they are part of a vibrant international group of Jews who are all determined to enhance and expand Progressive Jewish life across Europe.

We hold our European conferences every two years, and it was decided the time was ripe to recognise and acknowledge the importance of Progressive Judaism in the Czech Republic by staging the event here in 2018.  The conference provides an opportunity to showcase Progressive Judaism and further enhance the credibility and standing of our form Judaism in this part of the world.

Who are you aiming to attract? 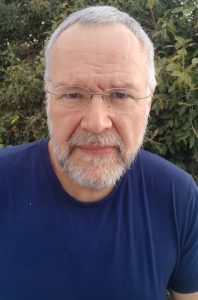 People of all ages who are either currently involved or are interested in leading our communities are our primary target.  We are especially interested in young adults, but everyone with a passion for shaping Progressive Judaism for the future is more than welcome.    Everyone is welcome!

Can you tell us more about the distinguished speakers?

Senior Lecturer in Sociology at the University of London who specialises on crimes against humanity and international law; Jean-Marc Lilling, Executive Director of the Center for International Migration and integration, Mark Podwal the artist and physician who has undertaken a considerable amount of work in the Czech Republic, and Director of the Vaclav Havel Library, Michael Žantovský, who is Czech diplomat, politician, author, journalist, lyricist and psychologist.

Why is the theme of the conference Regeneration – Building the Future?

The annihilation of a large part of Europe’s Jewish population doesn’t mean that we are consigned to history.  On the contrary, the Jews of Europe are now flourishing.   After the horrors of the holocaust, any opportunity to rebuild Jewish life was snuffed out by communism in this country.  But now there really are strong signs of regeneration.  Our numbers may be depleted, but our determination to rebuild is strong.

There can be no better example of Jewish regeneration that the Czech Republic where there is growing demand for religious, educational and cultural activities.

What is the aspect of “Regeneration” that you are the most proud of with regards to the Czech Republic?

When I look at the enthusiasm among so many young Jews here who are committed to our regeneration, I feel very proud.  And we have the exciting prospect of the inauguration of a Czech-born rabbi in 2019.  Currently studying at our Progressive rabbinic college in Berlin, he will contribute enormously to the rebuilding of our communities.

Many people are sceptical about the conferences, as they are one-time event only.  In what aspect the longer “sustainability” of any conference can be enhanced?

This conference will have failed if it simply provides some pleasant memories.  We are determined to create a massive legacy out this event whereby Progressive Judiasm is firmly on the Czech map.  We hope that the event will help to convey the fact that Judaism is accessible to all people in this country with some Jewish heritage.  We want to communicate the very clear message that Jewish life is strongly returning to the Czech Republic and to give people a postive feeling about being Progressive Jews.

The EUPJ is the umbrella organisation linking and supporting more than 170 Liberal, Progressive and Reform communities in 17 countries, with new communities regularly seeking membership.  The movement’s continued growth across Europe is testament to the widespread interest in non-fundamentalist, inclusive, egalitarian and modern interpretation of Judaism.  This conference represents another major step forward for the further development of European Progressive Jewry.

A former director of Greenpeace International, Jonathan Wootliff lives in Prague and works throughout the world as a sustainability consultant to business.  He is Chair of the Board of Experts of the Czech Business Council for Sustainable Development.  He is also represents the Czech Republic on the Executive Board of the European Union for Progressive Judaism and is the local chairman of the conference organising committee