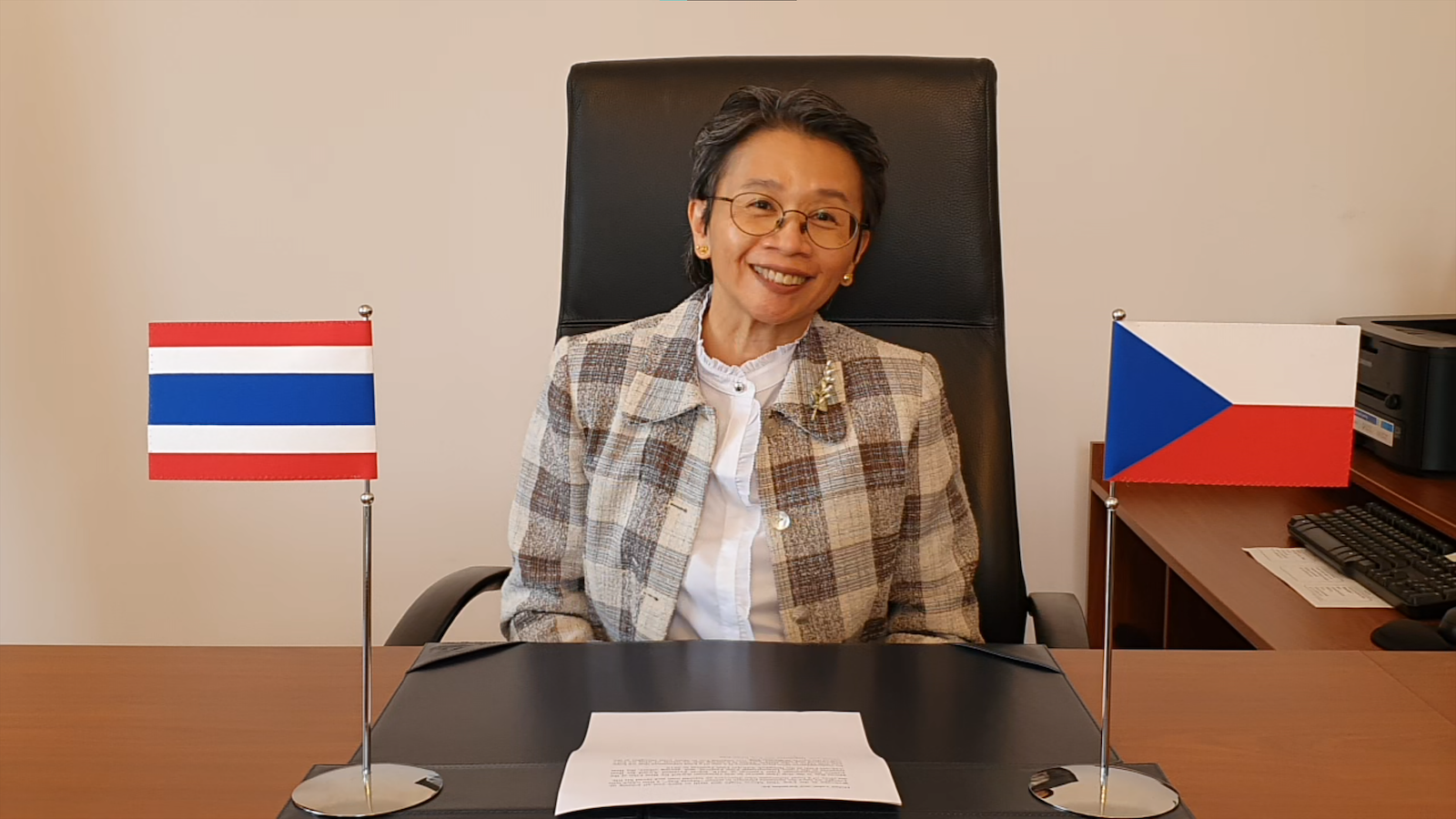 H.E. Ms. Phasporn Sangasubana, Ambassador of the Kingdom of Thailand to the Czech Republic, delivered her opening remarks for the first Thai Movie Night

To commemorate the World Refugee Day on 20th June 2021, the Royal Thai Embassy in Prague organized the “Thai Movie Night” with online screenings of “Manta Ray”, the first Thai movie to win Orizzonti Award for the Best Film at the Venice International Film Festival in 2018.

The first part of “Thai Movie Night” series took place on 17th and 19th June 2021 through the online documentary platform DAFilms. Both screenings started on at 20.00 hours with a warm welcome from H.E. Ms. Phasporn Sangasubana, Ambassador of the Kingdom of Thailand to the Czech Republic. Participants could also look forward to an interview with the director, Mr. Phuttiphong Aroonpheng. The movie was accessible to viewers free of charge for 24 hours, which gave the event a whole new dimension.

The Royal Thai Embassy, in view of the growing importance of integration processes in Southeast Asia, and in order to raise the profile of Thailand’s culture in the Czech Republic, originally prepared the “Thai Movie Night” as a standard festival-type project for stone cinemas. Only when the circumstances of recent times have initiated the solution of the project does the future allow us to implement and share with the audience cultural projects, regardless of the limitations.

“Manta Ray, a beautiful film, which tells a complex story about friendship between strangers with minimalistic ease, had a positive response among viewers in the Czech Republic”, said one of the organizers. According to H.E. Ms. Phasporn Sangasubana “the contemplative slow pace narrative of the movie is a one of a kind experience that the viewers had a chance to enjoy to the fullest”.

Manta Ray is Phuttiphong Aroonpheng’s debut film, who also won Best Director at the Silver Pyramid Award, Cairo International Film Festival in 2018. Mr. Aroonpheng studied visual arts at Silpakorn University in Bangkok, attended the Asian Film Academy in Busan in 2009 and was honored as Asian Public Intellectual by the Nippon Foundation. His short movies have been screened at leading festivals in Busan, Rotterdam, Hamburg and Singapore, gaining worldwide recognition.