On the 01 July 2020, the Modern Diplomacy, International Institute IFIMES along with the world’s eldest diplomatic school (that of the Diplomatic Academy Wien) and two other partners (Culture for Peace and Academic Journal European Perspectives) organised a conference with over 20 speakers from all around the globe. The event under the name FROM VICTORY DAY TO CORONA DISARRAY: 75 YEARS OF EUROPE’S COLLECTIVE SECURITY AND HUMAN RIGHTS SYSTEM, highly anticipated and successful gathering, was probably one of the very few real events in Europe, past the lockdown.

Media partners were diplomatic magazines of several countries, and the academic partners included over 25 universities from all 5 continents, numerous institutes and 2 international organisations. A day-long event was also Live-streamed, that enabled (digital) audiences from Chile to Far East and from Canada to Australia to be engaged with panellists and attendees in the plenary and via zoom.

The Conference was arranged with the culinary journey through dishes and drinks of central Europe and closed with the mini concert by the world’s best hurdy-gurdy performer, Matthias Loibner and accompanying vocalist, professor of the Music University Vienna, Natasa Mirkovic.

Wishing to make the gathering more meaningful, the four implementing partners along with many participants have decided to turn this event into a lasting process. It is tentatively named – Vienna Process: Common Future – One Europe. This initiative was largely welcomed as the right foundational step towards a longer-term projection that seeks to establish a permanent forum of periodic gatherings as a space for reflection on the common future by guarding the fundamentals of our European past.

As stated in the closing statement: “past the Brexit the EU Europe becomes smaller and more fragile, while the non-EU Europe grows more detached and disenfranchised”. A clear intent of the organisers and participants is to reverse that trend.

To this end, the partners have already announced the follow up conference in Geneva for early October, to honour the 75th anniversary of the San Francisco Summit. Similar call for a conference comes from Barcelona, Spain which was a birthplace of the EU’s Barcelona Process on the strategic Euro-MED dialogue. 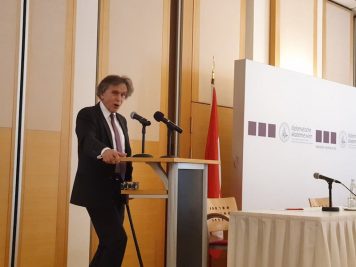 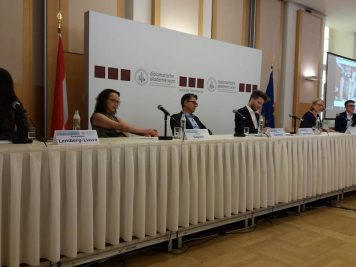 Panel II – while listening the speaker from Australia 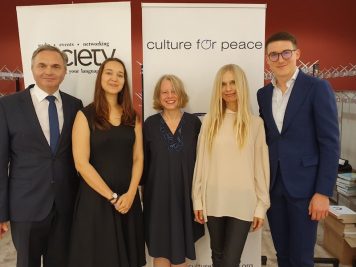 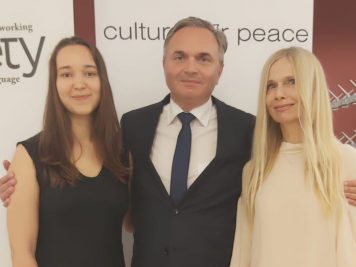 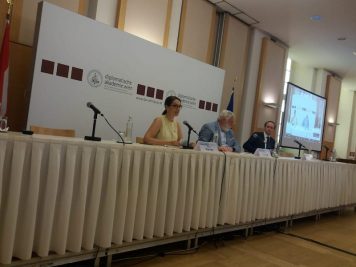 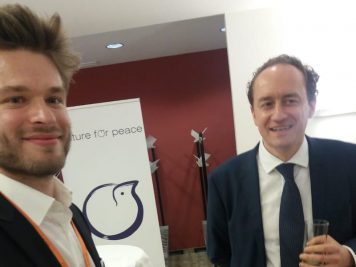 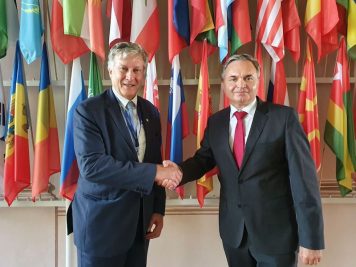