Embassy of Egypt in Prague celebrates its National Day

On the anniversary of the July 23 Revolution, H.E. Abdrahman Salah, Ambassador of the Arab Republic of Egypt in Prague held a ceremony at the Egyptian Embassy in Prague in the presence of Mr. Jan Hamacek, President of the Czech Parliament, as a guest of honor, with the attendance of the members of Embassy, Senior  Czech officials from the Ministries of Foreign Affairs, Education, Culture,  members of the diplomatic corps accredited to Prague,  presidents and representatives of major Czech companies, media professionals and academics, as well as members of the Egyptian community.

H.E. Amb. Abdrahman Salah Ambassador of the Arab Republic of Egypt in Prague in his speech stressed the depth of the historical relations between Egypt and the Czech Republic. He highlighted on the recent bilateral cooperation in the economic and commercial fields. He also noted the remarkable growth to the number of Czech tourists coming to Egypt in the first quarter of 2017 that reached 50 thousand Czech tourist, with an increase of 150% compared with the number of tourists in the same period in 2016,  expecting that the total number of Czech tourists who will be visiting  Egypt will reach 150 thousand tourists by the end of 2017. Also, he praised the increase in the number of direct flights from Prague to the cities of Sharm el-Sheikh Sheikh, Hurghada and Marsa Alam, which reached 13 flights weekly, emphasizing on the ongoing efforts exerted by the Embassy to restart the direct flight line between Prague and Cairo.

H.E. Mr. Jan Hamáček, Speaker of the Czech Parliament, congratulated the Embassy on the occasion of the Revolution of 23 July, stressing the depth of the historical relations between the two countries, which dates back to 1920, stressing his country’s interest to develop and strengthen cooperation with Egypt as a strategic partner in all fields. He also welcomed the remarkable growth in the number of Czech tourists visiting Egypt, noting that during his last visit to Egypt, he witnessed the improvement of stability and security situation in Egypt especially in tourist resorts in Sharm el-Sheikh, Hurghada, Marsa Alam, encouraging Czechs tourists to travel to Egypt and enjoy the beauty of its beaches and its distinguished cultural and historical heritage. 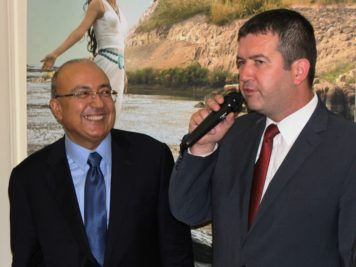 From right: The Speaker of the Chamber of Deputies of the Parliament of the Czech Republic H.E. Mr. Jan Hamáček, and H.E. Mr. Abderahman Salaheldin ABDERAHMAN, Ambassador of Egypt. 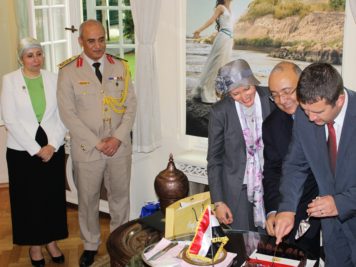 From right: The Speaker of the Chamber of Deputies of the Parliament of the Czech Republic H.E. Mr. Jan Hamáček, and H.E. Mr. Abderahman Salaheldin Ambassador of Egypt,and his wife, Dr. Thoraya ELKHADRAWY , Brig.Gen. Ayman TAHA, Egyptian Defence Attaché and his wife Mrs. Dalia Ibrahim 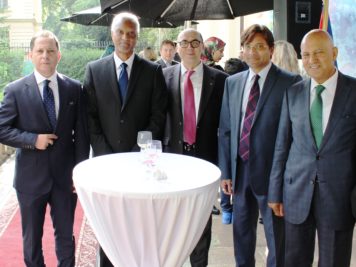 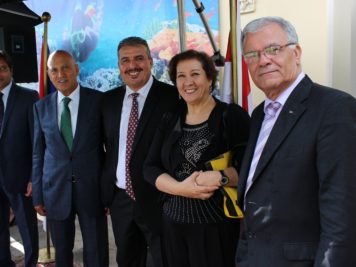 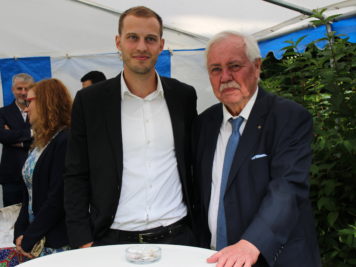 From left: Karol Ander, former in the Office of the Government / Drug Policy International Cooperation Counsellor and Benke Aikell, Your Publisher 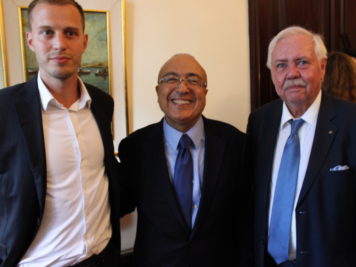