Since the outbreak of the global corona virus pandemic, our organization has faced some challenges in its operations. However, Humanitas Afrika has still managed to honour its promise of delivering a life changing support to a young man who lives in Nigeria with a dream. Mr. Asagba Ogagaoghene Convention is a young man who hails from Oleh, Delta State in Nigeria. A little over a year ago, an urgent request for assistance came through to Humanitas Afrika in the Czech Republic, from Ogagaoghene. The organization has had massive youth and women life impacting projects in Benin, Burkina Faso, Kenya and Ghana but not in Nigeria. So it became interested to see if it could extend its work thus far. Humanitas Afrika then took the request of Mr. Ogagaoghene and shared it with a few of its long time Czech friends and supporters with an appeal for support for the young man to realize his dream. Fortunately, an elderly woman by name Ms. Z. Dubenska responded and accepted to help. Now we are happy to share with you that with the massive support of Ms. Dubenska, the ambition of Mr. Ogagaoghene to start his own tailoring shop as well as sell clothing accessories has become a reality. He travelled from Nigeria to Ghana and at the office premises of Humanitas Afrika in the village of Obom on Monday 7 September 2020, received a cheque donation/sponsorship in the amount of GHs 20,748.60 in Ghana cedis which is the equivalent to CZK 90,000 in Czech Crowns or 3,000 Euros.

The cheque was presented to Mr. Ogagaoghene in a short ceremony by Mr. Emmanuel Hayford, the coordinator and country representative of Humanitas Afrika in Ghana, and witnessed by Mr. Samuel K. Mensah, an elder who supports the work of the organization in Ghana, and Mr. Paul Oge Oyeniyi, a Nigerian who lives in Ghana but comes from the same Oleh in Delta State as the beneficiary. We at Humanitas Afrika are totally excited about delivering our first ever charity support in Nigeria to Mr. Asagba Ogagaoghene Convention. We wish him well and we will follow his progress. Czech elderly woman Madam Z. Dubenska and Humanitas Afrika have clearly demonstrated and manifested the power and impact of the spirit of UBUNTU in urgent situation of this African young man. We have indeed collaborated in our efforts to stop one African young man from crossing the desert and risking his life in attempt to cross the dangerous Mediterranean Sea in search of a non-existent greener pasture in Europe. 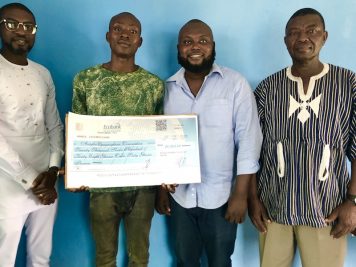 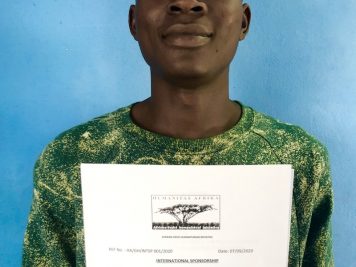 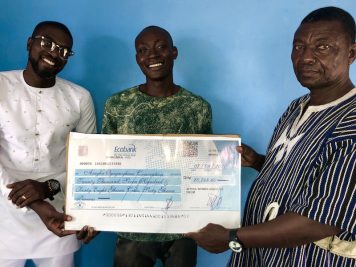 Asagba receives the chegue in the company of his witnesses 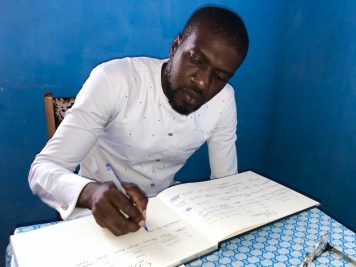 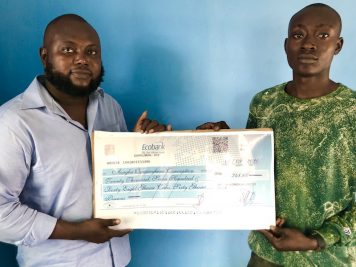 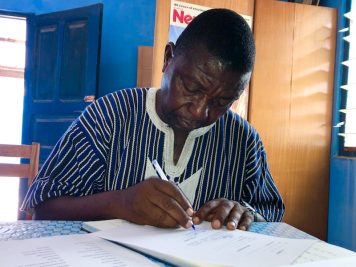 Mr. Samuel K. Mensah signing as a witness on behalf of Asagba 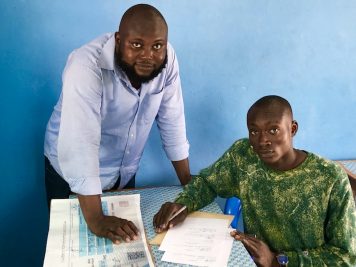 Mr. Hayford and Asagba posing for the camera 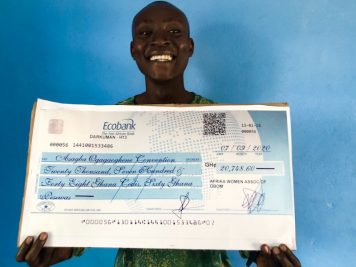