The extensive celebrations of “Day of the Dead”, which took place on Saturday 3 November at the Náprstek Museum, attracted thousands of visitors who enjoyed the authentic Mexican atmosphere. It was undoubtedly the altar to the dead which attracted the greatest attention, a tradition which is the fruit of the coming together of the pre-Hispanic and Catholic traditions of celebrating the dead. The event also included an extensive programme with a number of creative workshops such as decorating sugar skulls, face-painting, eggshell painting and other activities organised by the Colectivo Mexicano del Día de Muertos society.

Visitors were also able to view a talk on Mexico’s Day of the Dead given by Czech academic Petra Ponocná, and screenings of documentaries on the tradition. Also available were typical Mexican delicacies such as tamales, tortas, tacos and atole. The event culminated in a screening of the film “Coco” (Lee Unkrich, 2017). Traditional Mexican music band, Mariachi Azteca de Praga and singer Naomi Villegas ensured a fantastic atmosphere, rounding off the music programme with a fabulous procession through Bethlehem Square in the centre of Prague. 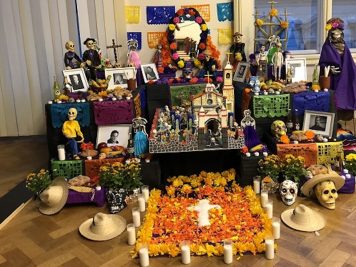 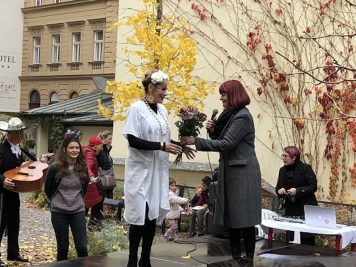 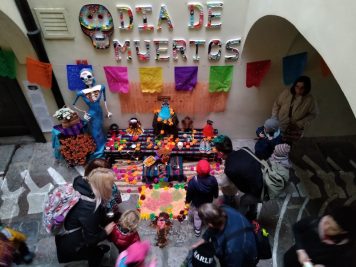 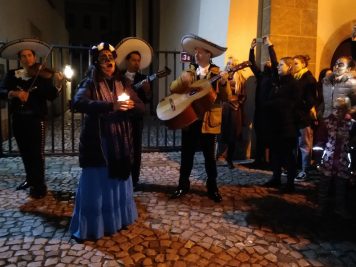 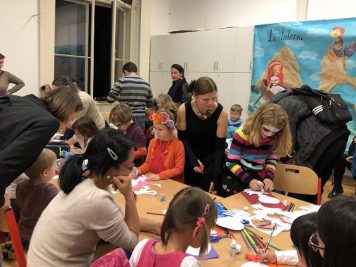 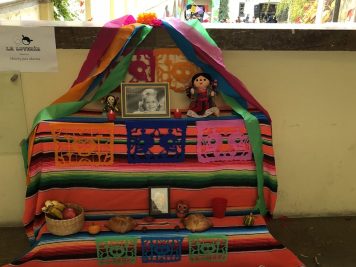 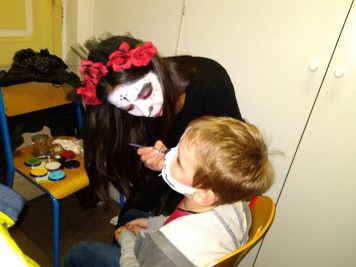