The Romanian Embassy in the Czech Republic organized on the occasion of the Romanian Culture Day a concert of lies on eminescian lyrics by the soprano Anda-Louise Bogza.

The event on Tuesday evening, January 17, 2023, held in the protocol rooms of the beautiful baroque palace Morzin Palace – Embassy of Romania in Prague, enjoyed a large presence of members of the Romanian community , representatives of the Acre diplomatic body, Czech-Romania Association, the community of the artistic environment.

In her speech (you can see full version below) the Ambassador of Romania in Prague, H.E Antoaneta Barta, stressed the special significance of the Romanian Culture Day, a holiday of major importance for all Romanians, in which we mark the birth of Romania national poet, Mihai Eminescu, a both in the Romanian space and in the international environment.

Name of international resonance, Anda-Louise Bogza is the protagonist of a brilliant career, the artist performing on well-known stages in Europe, Asia and America. Soprano Anda-Louise Bogza, accompanied by pianist Ladislava Kaspřiková, performed Eminescian poems on the music of composers George Stephănescu and Nicolae Bretan. The music program also included the arias by Ciprian Porumbescu on the occasion of the 170th anniversary of his birth and the commemoration of the 140th anniversary of his death.

The event was sponsored by Romanian Cultural Institute – Prague. 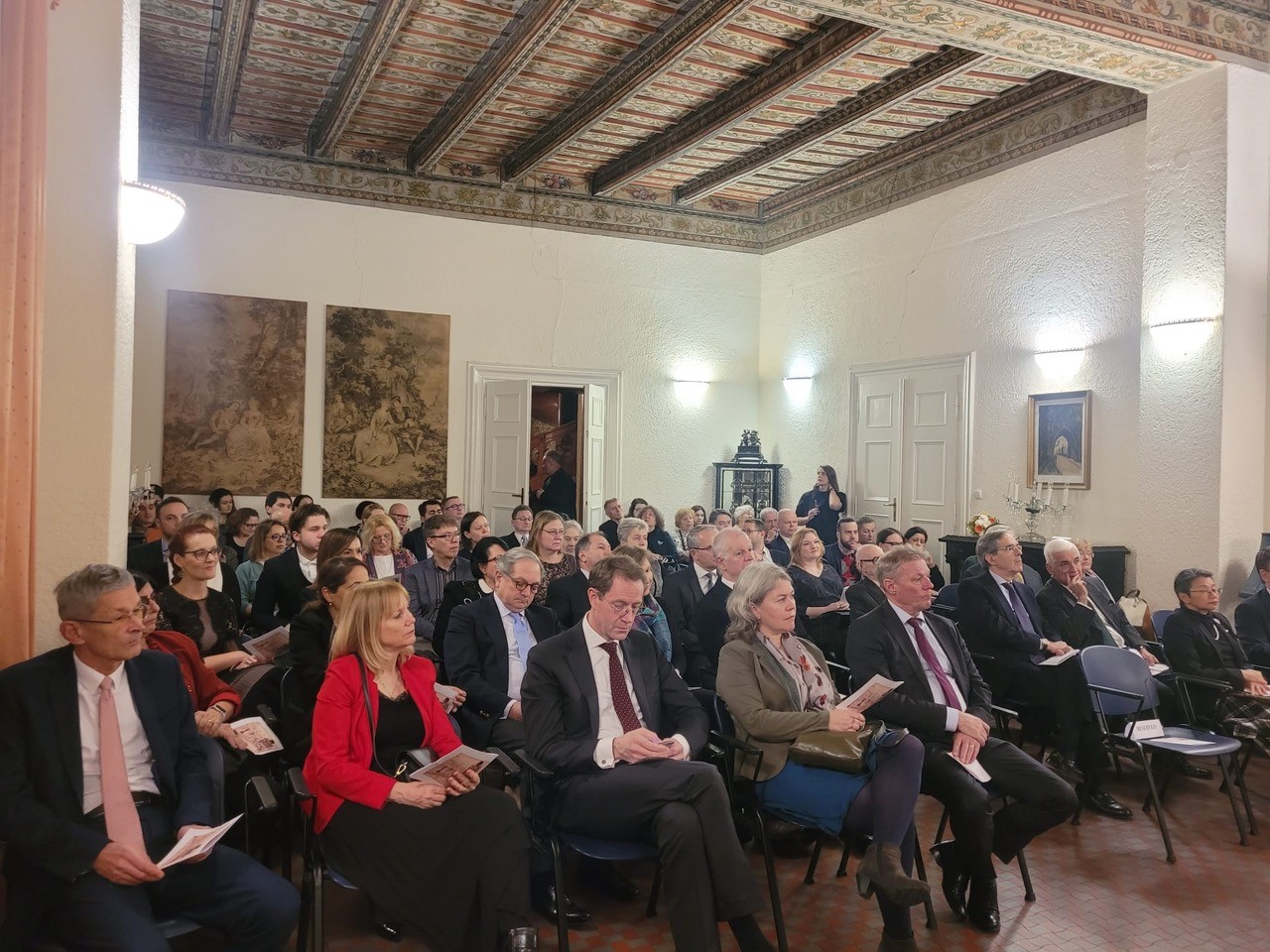 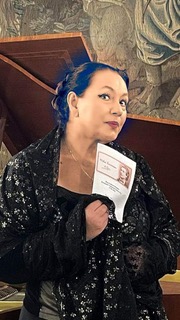 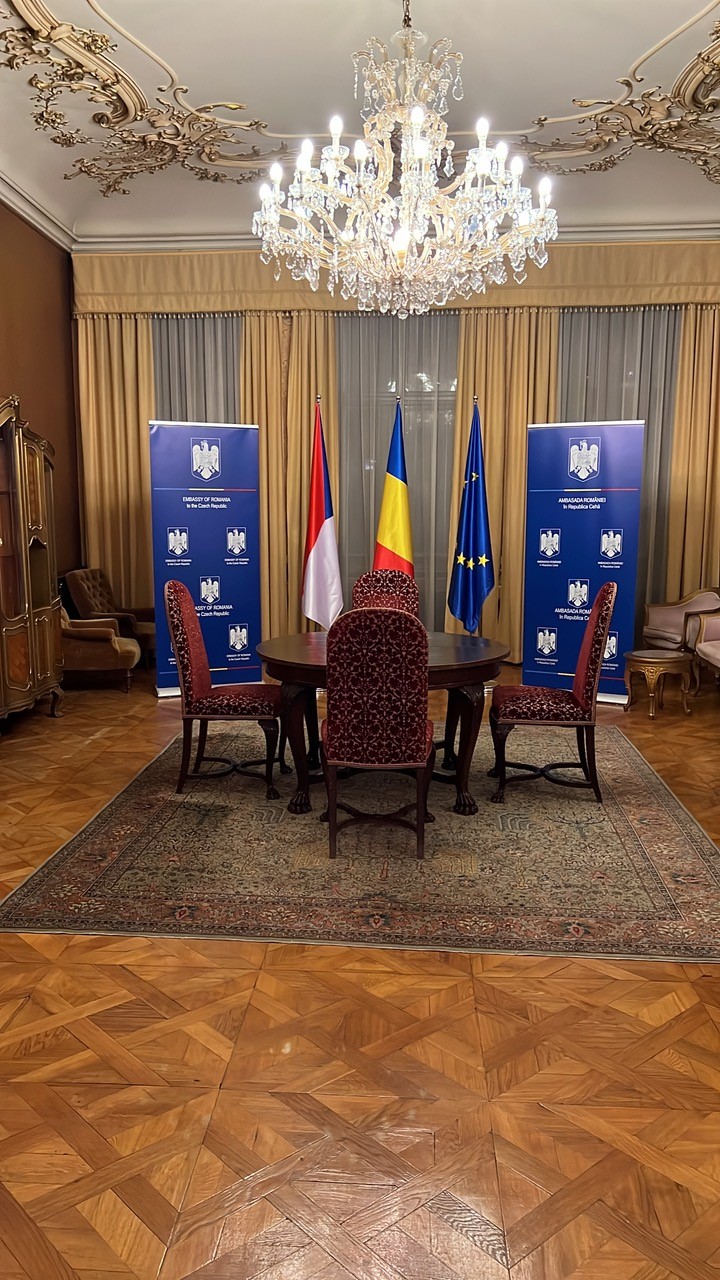 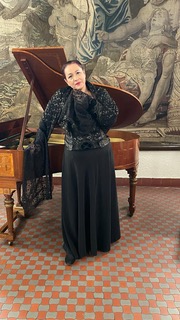 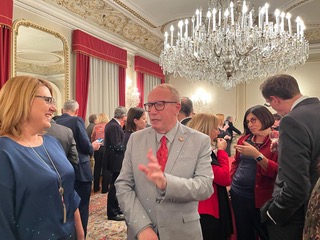 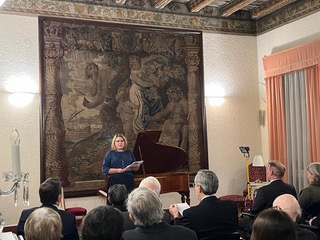 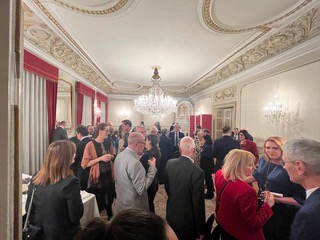 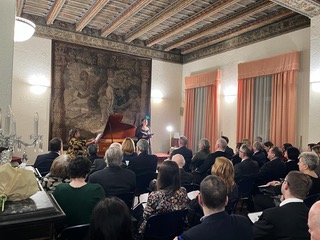 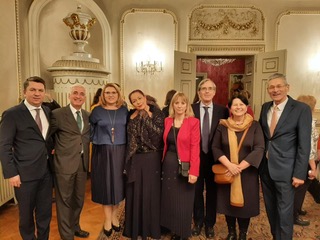 I have the special pleasure of welcoming you at the celebration of Romania’s National Day of Culture. The 15th of January has become a day of major importance for all Romanians, marking the birth of our national poet, Mihai Eminescu.

The National Culture Day is a celebration of Romanian creativity, cultural heritage and knowledge, which is expressed both within the Romanian space and in the international environment. The cultural heritage is built at home, but it is kept alive through a permanent dialogue and cultural events abroad.

I am particularly happy to mark this day in Prague with a lconcert, performed by the soprano Anda Louise Bogza, accompanied at the piano by Ladislava Kasprikova.

A name with international resonance, Anda-Louise Bogza is the protagonist of a brilliant career, the artist being invited on well-known stages in Europe and allover the world. With a professional training at the “George Enescu” High School of Music in Bucharest and the Academy of Music in Prague, she made her debut at the State Opera and the National Theater in Prague, where she is principal soloist.

The program will include a recital of works from our Romanian national poet, Mihai Eminescu, based on the compositions of George Stephănescu and Nicolae Bretan, as well as fragments from the operetta “Crai nou” of the composer Ciprian Porumbescu.

2023 was also designated the Year of the composer Ciprian Porumbescu, another important landmark of Romanian culture. We were happy to share the joy of listening to some works from the musical creation of Ciprian Porumbescu.

Before concluding this short introduction, I would also like to mention a special connection between our national poet and Prague, which not everyone is aware of: his most famous photo – which you see on the invitation and on the music program in your hands was taken in Prague, in a studio of the photographer Jan Tomas in Vaclavske Namesti, Mihai Eminescu was then on his way to Vienna, where he later began his study of philosophy.

Every time we look at this portrait, we can say that we are actually traveling to Prague back in that time, in 1869.

Thank you, have a nice evening!