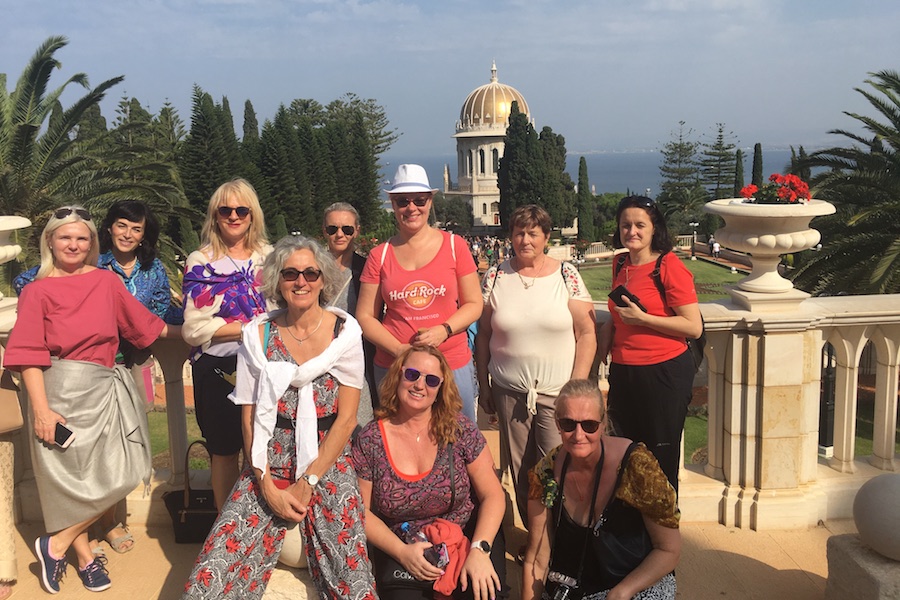 The Second Women Entrepreneurial Mission from the Czech Republic to Israel took place from 8 November to 14 November 2019. A group of thirteen female managers and entrepreneurs from the private, academic and business sectors flew to Israel with the objective of learning, gaining inspiration and establishing relevant contacts in the country known as the “Start-Up Nation”. The Mission was led by a Member of the Czech-Israeli Mutual Chamber of Commerce (ČISOK), Linda Štucbartová; also involved in its organisation were the travel agency OK Tours, ČISOK and both countries’ embassies. The Mission’s focus was subdivided into the categories of science, new technology and the current geopolitical situation in the Middle East. The programme included guided tours of two key research centres – Technion in Haifa and the Shimon Peres Centre in Tel Aviv, as well as visits to notable players in the Israeli start-up ecosystem – from incubators and accelerators to corporations. Over five days, the women visited the MindUp digital health incubator, the Carmel 6000 social programme focused on developing new technology and operating as part of the Hilma Foundation, OrCam, mentioned as the #1 Israeli invention of the decade, the Israeli “unicorn” MobilEye, and IBM. The Mission ended with a tour of the Boeing hangars at IAI – Israeli Aerospace Industries.

The entrepreneurial Mission began in Haifa. Representatives from academia particularly appreciated the visit to Technion and its presentation. “The tour of the visitor centre at Technion left a deep impression on me. It was wonderful and inspiring, yet also instructive. They’ve got something to be proud of. The university campus is very practical, against a delightful backdrop. That’s how I’d like to spend my student days,” says Hana Večeřová, Head of Economics at Tomas Bata University in Zlín. Michal Rosen Zvi, Director, Health Informatics, IBM Research Haifa Labs demonstrated practical examples of artificial intelligence’s application in the health sector, used either for a diseases’ prediction or for diagnostics. When in Tel Aviv started, the guided tour of Shimon Peres Centre for Peace and Innovation, proved a great place to begin. The Centre showcases recent technical innovations and milestones of Israeli R&D development and pays tribute not only to the founding father of Israel as the Start-Up Nation but also to other women and men who contributed to this vision (see the article link to the Czech & Slovak Leaders Magazine). As 2019 marked the 100th anniversary of Bauhaus, the stroll along the White City was the natural way how to get familiar with the city.
On Tuesday morning, a “Code Red” situation was declared in southern Israel and the centre of Tel Aviv, meaning the possibility of rocket attacks. On the Mission agenda was the traditional visit to the Czech Embassy in Tel Aviv, and during a personal meeting with the Ambassador, Martin Stropnický, participants received not just a political briefing, but also a security briefing. Veronika Stropnická presented her activity linked to running the Czech school in Israel and on a planned documentary series about Israel. Delana Mikolášová, Czech Diplomat for Science, Research and Innovation, introduced current projects and calls for tenders which advance Czech-Israeli scientific co-operation. The Tuesday afternoon agenda was held in the hotel for security reasons. The participants appreciated Vít Lichtenstein’s flexibility in resolving the situation through remote connection, allowing the presentation of the activities of ŠKODA AUTO Digilab Israel. Anna Moshe, Senior Partner for Pearl Cohen Zedek Latzer Baratz law office, began her talk on the Israeli ecosystem, as well as on investment and co-operation between start-ups, research institutions and centres, by proclaiming that we now have the opportunity to find out why Israel is so successful in regard to start-ups and technology. Tuesday evening was dedicated to current issues in Czech-Israeli co-operation, with David Hercky, Assaf Dovrat, Irie Meltzer and Zvyia Baron, representing Israel. 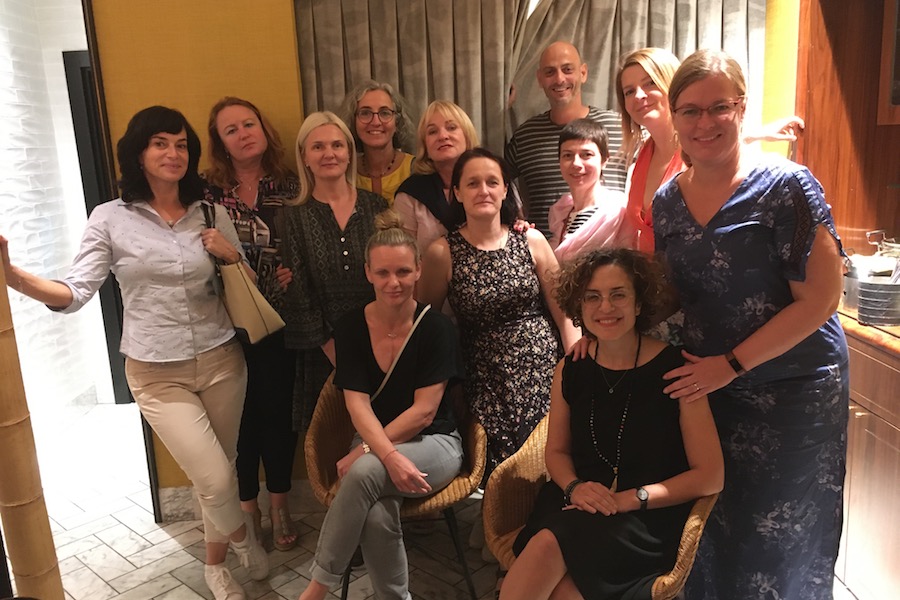 On Wednesday, the security situation in central Israel was calm and the programme could continue according to plan in Jerusalem. Meeting Merav Israeli-Amarant and graduates of the Carmel 6000 programme, sponsored by the Hilma Foundation, was seen by many as the most inspiring with regards to the potential of the synergy brought by an NGO and technology. “The idea of bringing young people in civil service into CSR projects, including providing them with training, is fantastic. A wonderful example of merging start-up culture and CSR together.” – Dita Pasquier, Business Financing Tribe Leader, Komerční banka.

This was followed by a visit to companies that are linked by a vision but are each a separate leader in their field. Veronika Stropnická also took part in these visits. Irie Meltzer of OrCam demonstrated a working modern aid for the partially sighted – OrCam MyEye, which has already been available on the Czech market and being reimbursed up to 90% by health insurances. Afterwards, a MobilEye representative, Mickey Ayalon, introduced the Mobil Eye system which minimises the risk of a traffic accident with another vehicle, cyclist or pedestrian. Mickey also discussed how it was tested in Prague and Ostrava, and how all the data in the system can be exploited to build so-called smart cities. In Jerusalem, the ladies had the opportunity to meet former Israeli Army Spokeswoman, Avital Leibovich, who is currently holding the position of Director of the American Jewish Committee.
Women got a unique perspective on the Middle East affairs and realized that whatever happens in Israel has much wider geopolitical consequences. Avital’s perspective was very much appreciated, as it presented the real complexity of the current issues in a contrary to media presentation in Europe. Evening afternoon and early night walking guided tour in historical centre of Jerusalem unveiled the beauty of the city, the magic of history and the complexity of religions.
The trip concluded with a unique visit to Israeli Aerospace Industries and its aviation research centre, where experience could be exchanged on the topic of innovation through spin-ins and spin-offs with Head of the Innovation Lab Hangar Zvyia Baron and her colleagues. In summary, the second entrepreneurial Mission to Israel provided visits to a total of 12 different companies and institutions and 14 expert presentations and meetings with 26 Israeli counterparts. Apart from one participant, who attended the Mission for a second time, all the other managers and entrepreneurs were visiting Israel for the first time, and they also appreciated the cultural aspect of the Mission, visiting four sites on the UNESCO World Heritage List – the Baha’i Gardens in Haifa, the historic port of Akko, the Bauhaus architecture of Tel Aviv and the historic centre of Jerusalem.

What can be said in conclusion? The third Mission in 2020, besides visits of Jerusalem and Tel Aviv, will also include a visit to a natural wonder in the south of Israel – the Negev Desert.

This year’s Mission could not have taken place without significant support and sponsorship from all the speakers mentioned. I would like to further thank in particular, Ambassador of Israel to the Czech Republic Daniel Meron and his Deputy Irit Amitai, Ambassador for the Czech Republic in Israel Martin Stropnický and his wife, Diplomat for Science, Research and Innovation Delana Mikolášová, executive managers of the Israel-Czech Chamber of Commerce and Industry, David Hercky and Assaf Dovrat, and their Czech counterparts, President Pavel Smutný and Ondřej Bočkay. 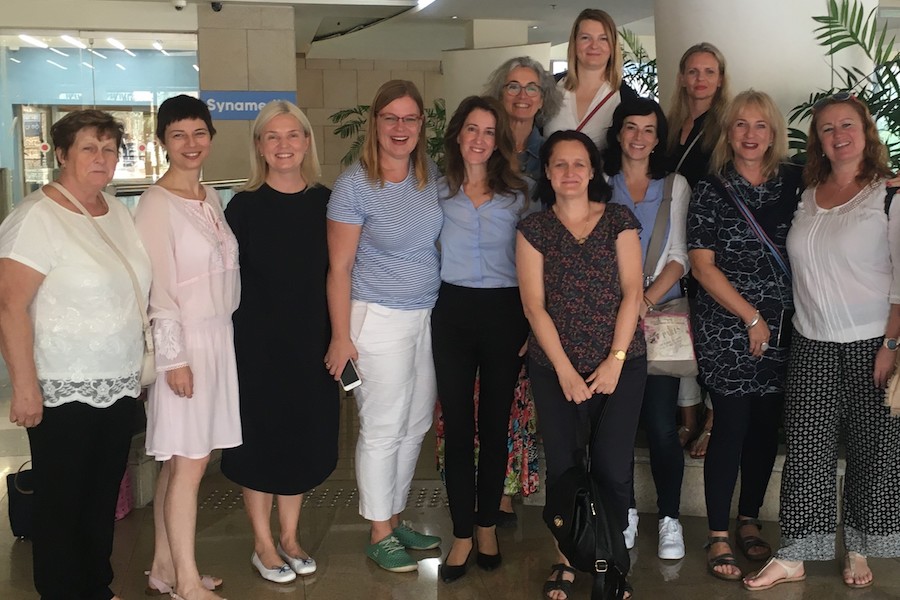 And a reference to end with:
“I’ve experienced six unforgettable days in the company of exceptional women in various branches of business, science and the non-profit sector. That alone would be enough to ensure the days were enjoyable and useful. But on top of that, I was in Israel for the first time and had the opportunity to see a number of cities and towns, including major sights. But what was most valuable was the programme, broadly conceived so that each of us could find information and experiences of use to our own field, and full of incredible people. People who were extremely knowledgeable and willing to answer all our questions and openly speak about their own stories, too. There were six days full of inspiration, food for thought, meeting worthy people and gathering experiences.
Thanks for everything!” – Markéta Franke, Behavee Co-founder. 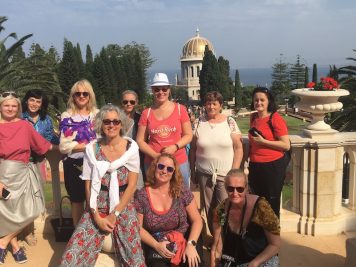 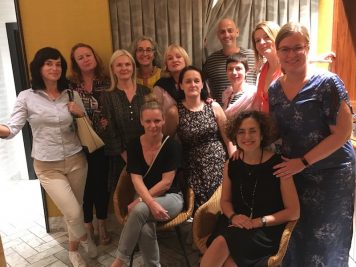 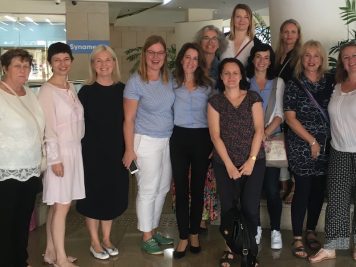