25 September 2020, Prague. On the occasion of the upcoming Czech Statehood Day, the Senate of the Parliament of the Czech Republic President Silver Commemorative Medals award ceremony was held in the Waldstein Palace Main Hall. In his role as President of the upper parliamentary chamber, Miloš Vystrčil highlighted the fact that all 27 recipients are linked by their selfless service to others, which takes various forms within their professions and acts.

“All of you who are sitting here today have served in some way. Your municipality, your region, your country. Perhaps by reminding us of what it was really like in the past. Perhaps by standing on the side of truth at a time when it wasn’t easy to do so. Or you may even have led the charge in the battle for truth, freedom and democracy. Or you have stood on the right side today. While at first glance this may appear a little easier, it requires resilience and courage. Many of you serve by sharing, by selflessly passing on your knowledge and skills to colleagues and students, and you do so even though this may involve you missing out on some successes in your career you would otherwise have achieved,” said Miloš Vystrčil.

The Silver Medal for Jaroslav Kubera in memoriam for his extraordinary political courage, his contribution to regional politics and his service to parliamentary diplomacy was received during the award ceremony by Věra Kuberová, the late Senate President’s widow. Miloš Vystrčil also gave Věra Kuberová the Order of Propitious Clouds, awarded to the late Senate President by Taiwanese President, Tsai Ing-wen, during the recent visit of the Senate delegation to Taiwan. “Our entire family greatly appreciate this award. I am pleased that my husband has been honoured by the right people. I haven’t had the opportunity before now to thank the Senate, and Mr Vystrčil specifically, that they undertook the trip to Taiwan despite the threats and obstacles.

We are a democratic free country and my husband stood for that to his last breath. So that’s why I’m glad that you haven’t been intimidated and you have defended freedom in his spirit,” said Kuberová in her thank-you speech, to which the entire hall gave her a standing ovation.

The official silver medal award ceremony followed a Holy Mass in the Waldstein Garden’s Sala Terrena, in which a number of recipients took part. The mass was celebrated by Bishop and former Charter 77 signatory, Václav Malý, with a number of songs played by Spirituál kvintet. 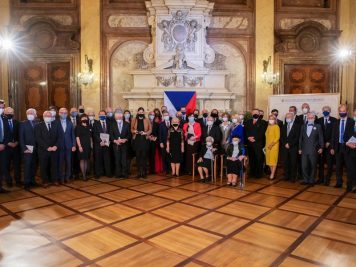 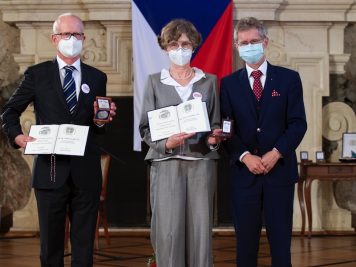 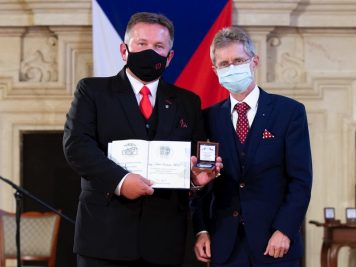 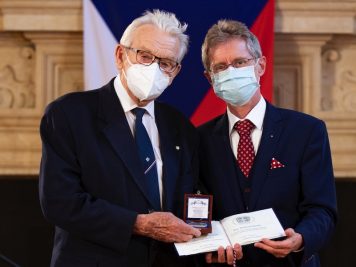 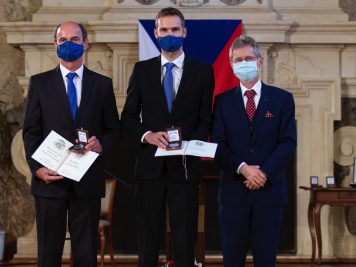 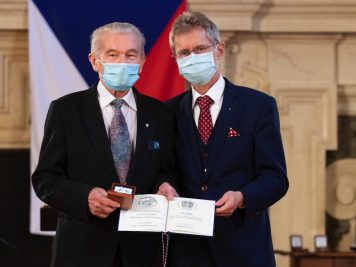 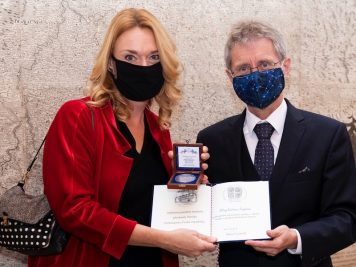 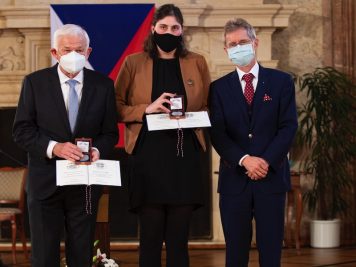 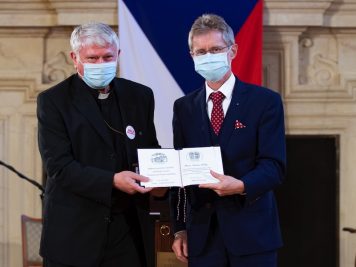 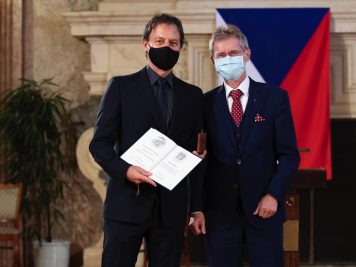 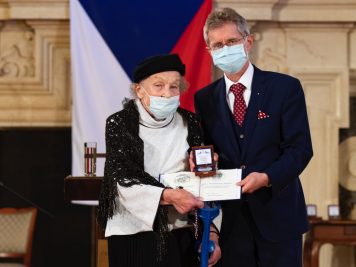 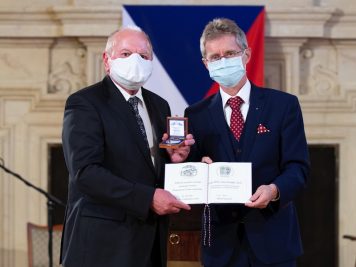 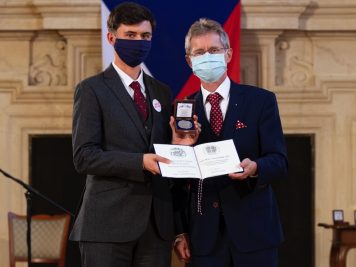 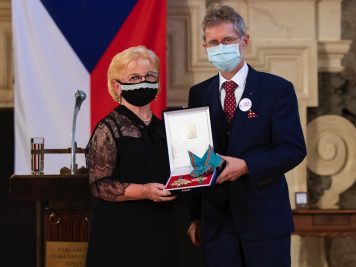 Jaroslav Kubera (represented by his wife) 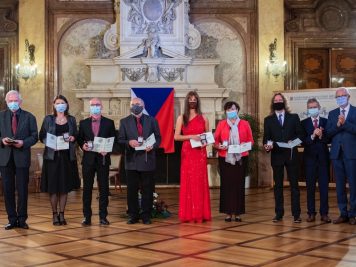