The Senate welcomed the US Minister of Foreign Affairs Michael R. Pompeo (12/08/2020)

12th August 2020, Prague. President of the Senate, Miloš Vystrčil, and the US Minister of Foreign Affairs, Michael R. Pompeo, unanimously referred to the values of freedom, democracy and independence in their speeches during a meeting in the premises of the Upper Chamber of the Parliament of the Czech Republic. In his speech, the head of US diplomacy also publicly supported the planned Senate trip to Taiwan.

In the introduction, President of the Senate Miloš Vystrčil noted that Europe historically managed to strengthen its free spirit thanks to support and help from democratic countries, in particular the United States. He also pointed out that this visit by a top US diplomat to the Czech Republic is taking place 30 years after former President Václav Havel’s speech in the US Congress. “I regard it as symbolic that this is happening at a time when Europe’s free spirit is weakening. I am convinced that we should make use of this meeting. We should use it to ensure that the Czech Republic, European countries and Europe as a whole begin to place a greater emphasis on defending their values and democratic principles, and to pay more heed to their sovereignty, independence and distinctiveness.”

References to Václav Havel were also heard several times in the speech by the US Minister of Foreign Affairs, Michael R. Pompeo. He warned, referring among others to the Russian Federation and the Communist Party of China, that authoritarianism did not end in 1989 or 1991. “Despite that great period, it is evident that a number of geopolitical aspects which we pushed out at the time have not disappeared. The things we believed have turned out to be different. And maybe, maybe we are only recognising trends now that we should have recognised long ago.”

In his speech, Minister Pompeo also expressed his support for the President of the Senate’s upcoming trip to Taiwan, and emphasised that the United States supports the Czech Republic, just like it always supports allies who fight for freedom.

Senators Tomáš Jirsa and Jiří Dienstbier, Vice-President of the Senate Jan Horník and Renáta Chmelová took part in the subsequent discussion, moderated by the Chairman of the Committee on Foreign Affairs, Defence and Security, Pavel Fischer.

To conclude, President of the Senate Miloš Vystrčil gave the key to the Senate of the Czech Republic, the most free and democratic institution in the country, to the Minister as a sign of trust and friendship. 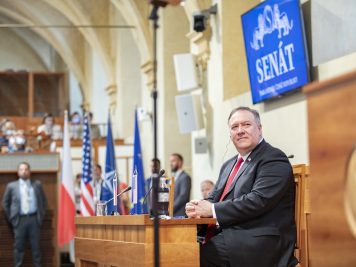 Minister Pompeo took part in a discussion with senators 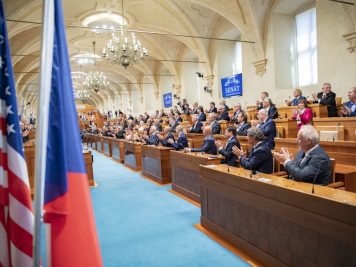 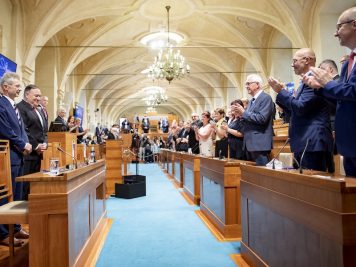 Minister Pompeo’s speech received an applause in the Senate 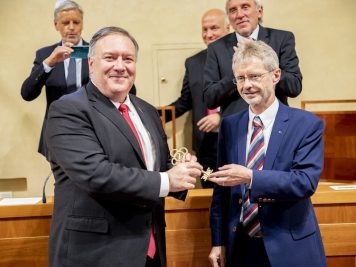 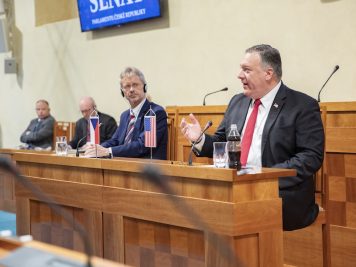 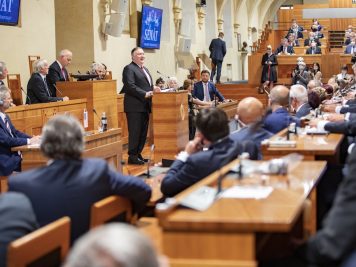 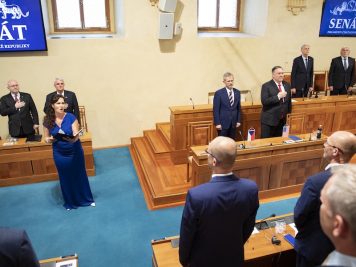 The Czech and American anthems were played at the beginning 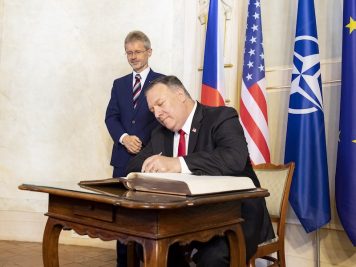 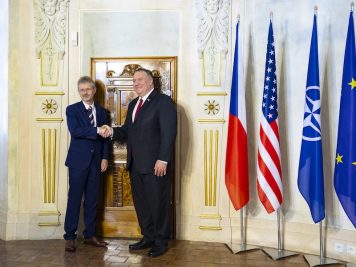 President of the Senate Miloš Vystrčil welcomes the head of US diplomacy, Michael Pompeo