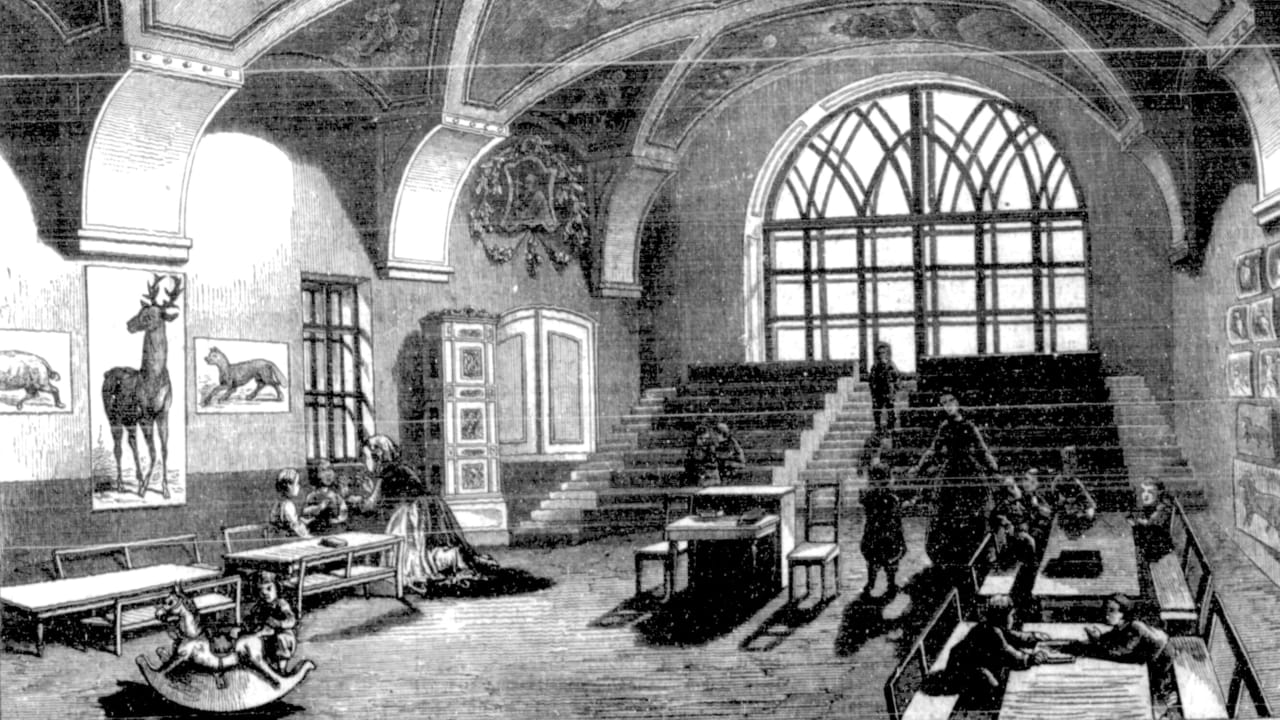 The first pre-school institution -a so-called “model youth nursery” – was founded in 1832 by Jan Svoboda, a teacher at the Prague Emmaus parish school Na Hrádku. Svoboda taught children aged three to six the basics of reading, writing and German and instilled moral principles in his charges through games, rhymes and singing.

Thirty years later, a group of Czech-Germans founded a kindergarten in Spálená Street in Prague and seven years later Czech patriots followed their example and set up a Czech kindergarten on the premises of the St. James Church in Prague. It was founded at the initiative of Marie Riegrová-Palacka, a Czech philanthropist who sent two Czech mothers to France to gain experience in running pre-school institutions. This kindergarten was financed largely by donations although the city of Prague contributed to its operation. Thanks to the donations, the kindergarten could operate all day long, the children did not have to bring their own snacks and the poorest ones were given clothes.