2022 Serbia: Strengthening of foreign policy and affirmation of international status  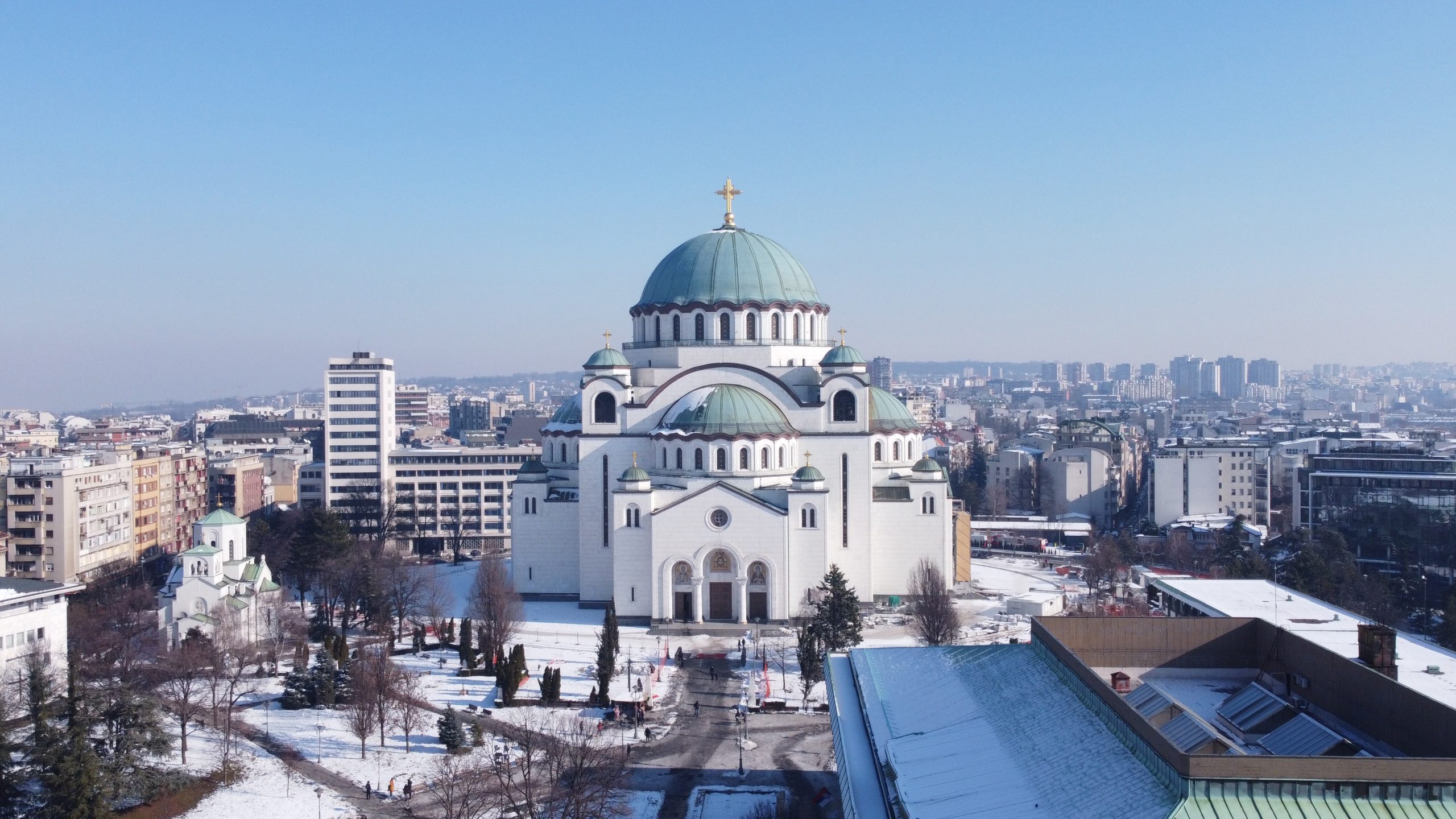 The International Institute for Middle East and Balkan Studies (IFIMES)[1] from Ljubljana, Slovenia, regularly analyzes developments in the Middle East, the Balkans and around the world. IFIMES made an analysis of the current situation in Serbia in the context of strengthening of its foreign policy and affirmation of the international status of the country. We bring the most important and interesting parts of the extensive analysis titled “2022 Serbia: Strengthening of foreign policy and affirmation of international status.”

Strengthening of foreign policy and affirmation of international status

The Nonalignment Movement (NAM) summit organized from 11 October to 12 October in Belgrade, on the occasion of the 60th anniversary of establishment of the Movement was the largest multilateral event in Europe and one of the largest events in the world in 2021. The group of Nonalignment Movement member countries is the most numerous group within the framework of the UN General Assembly in New York. The Movement is important for Serbia because many of its member countries have not recognized Kosovo. Over the past two decades superpowers have frequently tried through different ways to bypass the key role of the UN in the world and pursued the path of unilateralism while ignoring the UN. On the other side, the NAM advocates multilateralism, territorial integrity of the states and inviolability of borders.

Analysts believe that the organization of the Nonalignment Movement summit in Belgrade in 2021 was a strategic move by Serbian President Aleksandar Vučić with far-reaching effects that will contribute to stronger positioning of Serbia in international relations and particularly with the NAM group of countries, Islamic-Arab world and Middle East countries. All this is a part of the policy of rebranding of Serbia on the international and regional level. This will create a window for different forms of cooperation, not just political, which is of exceptional important for Serbia, but also economic, scientific and cultural cooperation, as well as exchange of experiences, etc.

The recent visit by Egyptian President Abdel Fattah El-Sisi is, inter alia, a result of bigger and stronger role that Serbia now has in international relations and the policy Serbia has pursued over the past few years. Namely, after the dissolution of the former Socialist Federal Republic of Yugoslavia (SFRY) this segment of international relations had been neglected.

The continuous strengthening of the international role and position of Serbia is an illustration of the relevance of the last year’s summit of the Nonalignment Movement in Belgrade and its outcome. A testimony of this are also the numerous visits by senior foreign officials to Serbia.

The recent visit by Egyptian President Abdel Fattah El-Sisi carries strong symbolism, as this is the first time after 35 years that a President of Egypt, as the biggest and an important Arab state, particularly for peace and stability in the Middle East and the Mediterranean region, has visited Belgrade. Egypt is one of the founders of the Nonalignment movement.

In the context of tectonic changes in international relations, former United Kingdom Prime Minister Tony Blair[2] recently stated “the era of Western political and economic dominance was coming to an end.“

Analysts believe that Serbia is keeping its ear on the ground and closely watching the global developments and trends, as well as pursuing a carefully designed, planned and long-term foreign policy in order to better position and rebrand itself within the framework of the Nonalignment Movement as well as with the Islamic-Arab world and the Middle East. Serbia has managed to strengthen its relations with that part of the world as no other country in the region has and can also serve as an example to many far more powerful countries in Europe.

The general trend is that the power is moving from the West towards the East, which orients countries such as Serbia to develop in a balance manner their relations not just with EU and the US, but also with Russia and China. This is particularly necessary in light of the relation of the EU to the Western Balkan states in the context of the enlargement process, which is become increasingly uncertain. Development of friendships with other states should be a priority of all the states and their foreign policies.

“All this calls for a return to the genuine principles of the African Union (AU), Organization of Islamic Cooperation (OIC), League of Arab States (LAS) and other similar mechanisms, but even more for reconsideration and revival of the best aspects of the Nonalignment Movement (NAM), which had saved the world from former irresponsible actions and frictions between two opposing blocks which engaged in conflicts all over the world for decades.”[3]

Open Balkan important for each country individually and the region

The Open Balkan initiative emerged as an idea to address the real needs of citizens of Western Balkan countries and is aimed to improve economic and every other relations in the region. It is common knowledge that 70-80% of trade in goods is done at the regional level, which is why such an emphasis has been put on regional cooperation.

Serbian President Aleksandar Vučić, then North Macedonia Prime Minister Zoran Zaev and Albanian Prime Minister Edi Rama had realized this. At the same time, it is important that Bosnia and Herzegovina, Montenegro and Kosovo also join the Open Balkan initiative. It is expected that the countries that have not yet joined the Open Balkan initiative would present arguments to explain their opposition to the idea, particularly bearing in mind the allegations about great-Serbia and great-Albania ambitions being behind the Open Balkan initiative. If the countries in the region do not tap the enormous potential for cooperation someone else will. The initiative is primarily about the economy of scale, removal of various administrative barriers, various synergy effects and, maybe even most importantly, about all countries in the region speaking with one voice to the EU, just as the Visegrad group of countries has done and is still doing. We have to draw on global experiences which indicate that no single country was able to achieve economic development without having harmonious relations with its neighbors. There can be no progress without creation of the culture of unity. Citizens of the Western Balkans have come to realize this, particularly the business community. Therefore, the high percentage of support of the citizens of Bosnia and Herzegovina, Montenegro and Kosovo to the Open Balkan initiative is of no surprise, because they all want to improve their standard of living and regional cooperation. This is why cooperation is key for each country individually and the region.

Analysts believe that the Open Balkan initiative is a regional initiative for the 21st century, because it will eliminate border controls and other barriers and thus facilitate movement (of people, goods, capital and services) in the region. If there are already regional initiatives such as the Nordic Council (established in 1952), Visegrad Group, the Gulf Cooperation Council (GCC), ASEAN, etc. it is difficult to dispute the requirement for existence of the Open Balkan project. Furthermore, regional cooperation within these integrations clearly confirms and proves that such initiatives are the cornerstone for understanding, progress and cooperation. The fundamental principles of the European Union (EU) encourage neighborly and regional cooperation. The Open Balkan initiative is a basic illustration of such future-oriented policy. The Covid-19 pandemic, as well as the current energy and food crisis in the world, has demonstrated in practice what mutual cooperation and solidarity means. Exchange of experiences and assistance among the countries in the region is necessary in the EU integration process as well. Researches show (in figures) that all will benefit from the Open Balkan initiative, which, after all, is the most important thing.

Serbia – engine of European integration in the Balkans

Serbia is key for stability and peace in the region, as well as the engine of European integration of all six Western Balkan countries. The statements of the new Government of the Republic of Serbia that it will rule with new energy and will undergo major personnel changes, put a bigger focus on European integration and will be more multiethnic than ever before are encouraging.

Assessments by key international factors indicate that Serbia is the epicenter for normalization of relations in the Western Balkans, as well as the engine of European integration of Western Balkan countries. The progress of Serbia towards membership in the EU has been particularly intensified over the past several years. Serbia has the strongest and most developed human resources and logistic infrastructure with which it can respond to the challenges of the negotiations process in a relatively short period of time and establish itself as the engine of European integration in the Western Balkans.

Relations with Russia– opportunity and challenge

Serbia is in a specific situation when it comes to the requests that the international community sets to it. The EU requests from Serbia to recognize Kosovo, while simultaneously the EU cannot force five of its members to recognize Kosovo. Specifically, Spain, Slovakia, Romania, Cyprus and Greece. EU requests of Serbia to introduce sanctions against Russia because of the invasion on Ukraine, although Serbia had condemned the Russian invasion in the UN.

Analysts believe that Serbia is under major pressure to fulfill the requests coming primarily from the Western states and reduce its relations with Russia and China. A justified question to be asked is what is being offered to Serbia in return and will Serbia still be able to pursue an independent foreign policy and independently make decisions in line with its interests and global developments.

Those familiar with the Brussels political landscape, believe that even if Serbia would introduce sanctions against Russia nothing significant would change on its European path. However, increasing the pressure put on Serbia could destabilize the Western Balkan region and jeopardize the already fragile peace and latent stability, as well as additionally push Serbia in “the arms of” Russia and China.

Analysts believe that Serbia should continue to strengthen its foreign policy and work of affirmation of its international position despite the pressures, because the world is at a historical turning point and faced with establishment of a new international order. In that process it is important for the countries to pursue a proactive and balanced foreign policy in order to be better positioned in the new circumstances, which will definitely mark the coming decades at the global scene. The Serbian President is under intensive international pressure to recognize the independence of Kosovo, align the Serbian policy with that of the EU and particularly to introduce sanctions against Russia. The Serbian foreign policy concept is based on a quadrilateral including EU – USA – China – Russia +Nonalignment Movement. EU requests of Serbia to harmonize, that is subject its foreign policy to the EU, while there are no signs, let alone guarantees, that there will be any enlargement of the EU or that Serbia will become a full-fledged EU member.

[1] IFIMES – The International Institute for Middle East and Balkan Studies (IFIMES) from Ljubljana, Slovenia, has a special consultative status with the Economic and Social Council (ECOSOC)/UN since 2018.