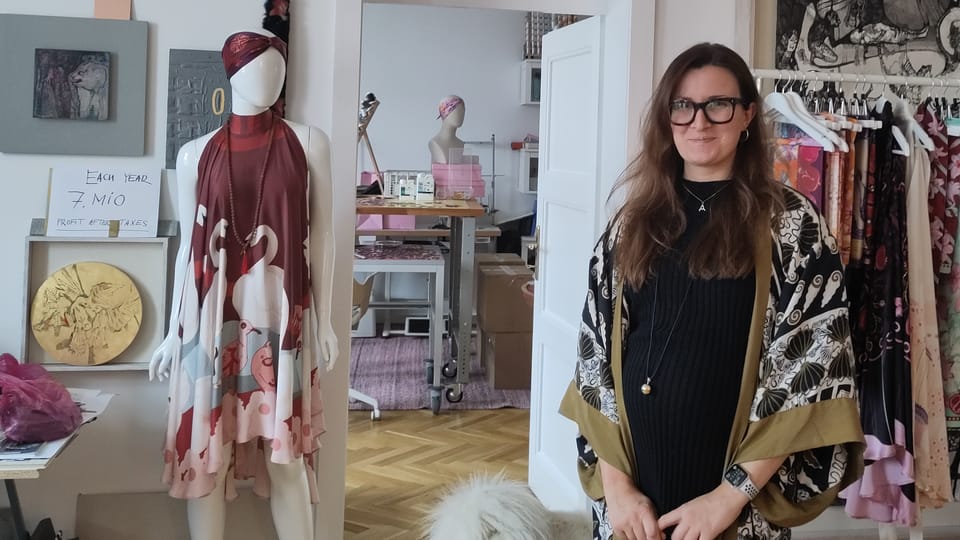 Andrea Vytlačilová is only 26 years old – but has the extremely impressive CV you’d expect of a person with many more years of life behind them. Already with work experience under her belt from fashion houses such as Marc Jacobs in New York, Acne Studio in Stockholm, and Kenzo in Paris, and collaborations with famous names like Versace, Swarovski, and 20th Century Fox, Andrea is an up-and-coming designer who was voted one of Forbes Czechia’s 30 under 30.

A native of East Bohemia, historically famous for its textile industry and craftsmanship, she draws a lot on the rich traditions of the region where she grew up, such as textile dyeing, Indigo printing, traditional lacemaking and glass production.

Recently having finished her MA in fashion design at the prestigious Central Saint Martins in London – typically considered the best fashion school in the world, with alumni including Alexander McQueen and Stella McCartney – and having moved back to the Czech Republic, I met her at her studio in Malá Strana, overlooking the gardens below Strahov Monastery.

I started by asking her when she first became interested in fashion and textile design. “I think I’ve always had it in me. I was always interested in drawing, cutting paper, any form of creating really, as far as I can remember. Then it started to move towards textiles as I got to know the idea of dressing up and fashion in general.”