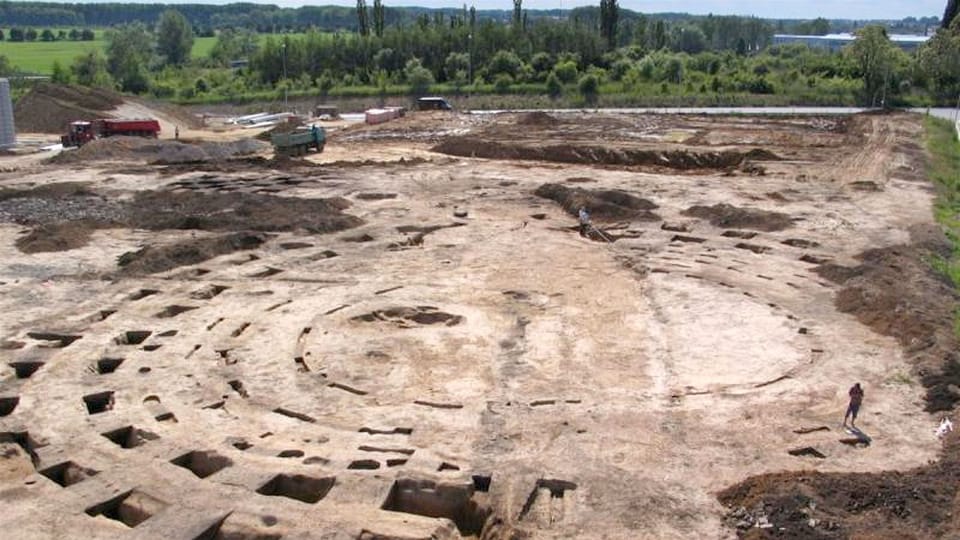 The so-called roundel, built around 7,000 years ago, is located in the district of Vinoř on the outskirts of Prague, Photo: Labrys

Archaeologists in Prague are currently uncovering a monumental building from the Stone Age. The so-called roundel, built around 7,000 years ago, is located in the district of Vinoř on the outskirts of the city. Experts are hoping that the research will reveal more information about these mysterious ancient structures.

Roundels are large circular structures from the Neolithic period, that were constructed between 4600–4900 BC. That makes them the oldest monumental buildings in Europe, far older than the Egyptian pyramids or England’s Stonehenge.

One such roundel is currently being examined in Prague’s district of Vinoř. So far, research has shown that the structure is exceptionally well-preserved. Archaeologists were surprised to discover intact remains of the palisade troughs into which the central wooden structure was originally embedded.