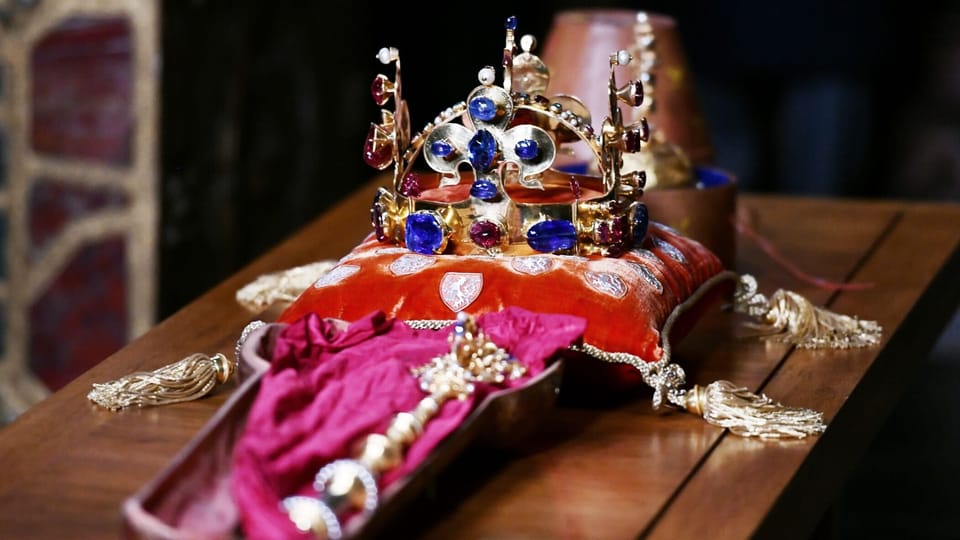 Due to the huge amount of public interest, Prague Castle has extended the exhibition of the Bohemian crown jewels in St. Vitus Cathedral until next Tuesday. The exhibition, which opened to the public on Tuesday, was originally supposed to end on Saturday.

Since its opening on Tuesday, the exhibition has been viewed by an average of 4,300 people per day.

This week people have the rare opportunity to view the authentic Bohemian crown jewels which have been put on display at St. Vitus Cathedral along with a sacred relic – the scull of St. Wenceslas, the nation’s patron saint. They are being displayed on the occasion of the 30th anniversary of the founding of the modern Czech state.

St. Vitus Cathedral at Prague Castle, the seat of Czech kings, holds a priceless treasure: the Bohemian crown jewels which were used in the coronations of the country’s monarchs. The crown jewels are stored in a special chamber, which is secured with seven locks to which the country’s top officials have the keys. The collection is only displayed on rare occasions. In the course of the 20th century is was only shown to the public nine times.

The crown jewels include the crown of Saint Wenceslas, the royal orb and sceptre, the coronation vestments of the kings of Bohemia, a gold reliquary cross, and the sword of St. Wenceslas. The crown was made for the coronation of Charles IV in 1347, making it the fourth oldest in Europe. The royal orb and sceptre date back to the 16th century. It is believed that the originals, which lacked any precious stones, were considered too austere to adequately reflect the prestige of the Kingdom of Bohemia, so they were later replaced by artefacts made in an ornate, jewelled style that resembled the crown.