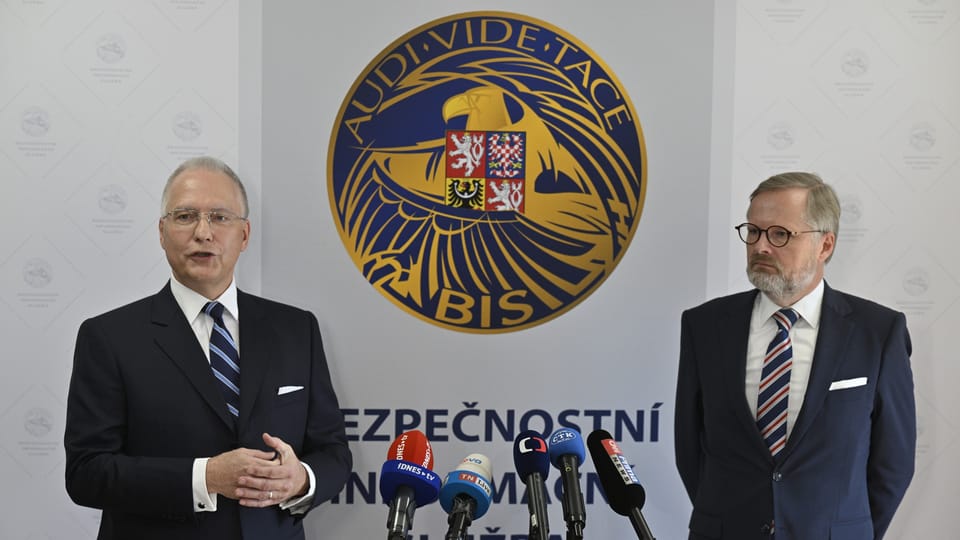 The country’s counterintelligence service BIS traditionally performs quietly and efficiently behind the scenes. But on Monday it was at the centre of media attention due to a rare visit by the prime minister, the first in 24 years.

It is not often that the head of the country’s counterintelligence service BIS appears at a press briefing, much less takes questions from the media, so the press hall at the service’s headquarters in Prague was packed with journalists on Monday.

In an opening statement Prime Minister Fiala thanked the service for its good work.

“The work of the intelligence services has acquired new significance at this exceptionally difficult time for the world, when Russia is not only waging a war against Ukraine, but a war against Europe and all democratic countries.”