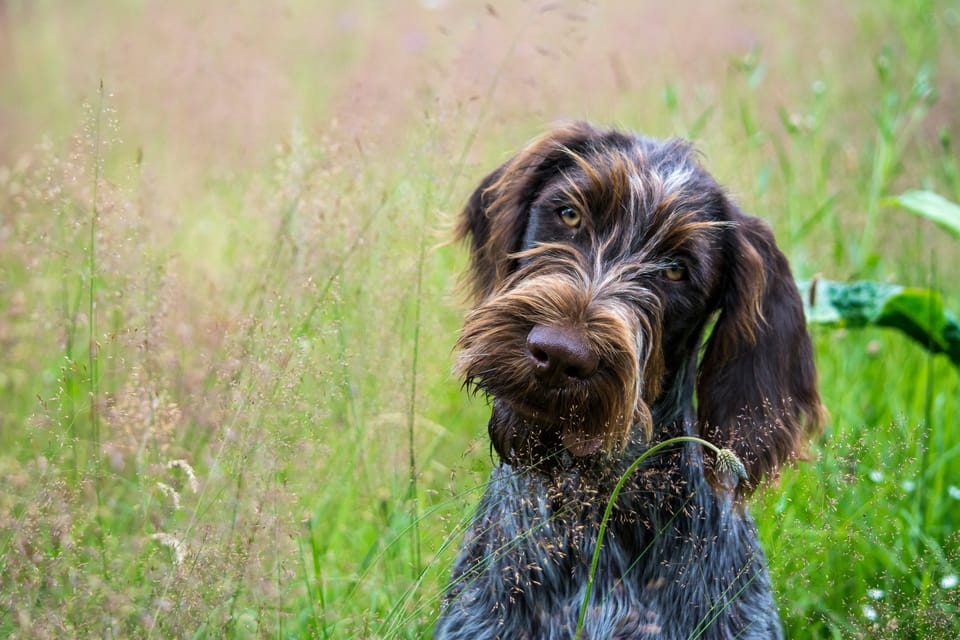 The Český Fousek or Bohemian Wire-Haired Pointing Griffon was originally bred in the Czech Republic as a hunting dog. It is wirehaired and has the appearance of having a beard and mustache. A versatile pointer, Český Fousek has the qualities needed to hunt in the field, in the water and in the forest. These dogs are easy to train and very devoted to their owners.

The Bohemian wire-haired Pointing Griffon was first purebred during the Austro-Hungarian Empire, although the first mention of dogs similar to the Český Fousek can be found in the time of Charles IV, who bred them as hunting dogs. From around this time there are also references to the sale of these dogs to the regions of present-day Germany or Poland, but also much further afield, so it is likely that Pointers of European origin also have the genes of the original Český Fousek. The Bohemian wire-haired Pointing Griffon is considered one of the oldest breeds of Pointers in Europe. Vladimíra Tichá says the dog is both affectionate and hardworking, but is definitely not suited to an urban environment because it needs lots of space and exercise.

“Český Fousek is a dog for the Czech countryside. Many people may not fancy them as pets. But the fact is that they are hunting dogs, incredibly hardworking and persistent. When I think of this breed I always see them on a farm or a gamekeeper’s lodge; a wise and affectionate bearded dog lying under the table. That’s how it used to be”

The breed nearly died out in WWI when food was scarce but thanks to enthusiasts it was saved and its breeding continues to this day. Today it is a common breed in the Czech Republic and its popularity is growing abroad as well. There are 114 breeding males in the country and 250 breeding females. And 400 to 600 puppies are registered each year.