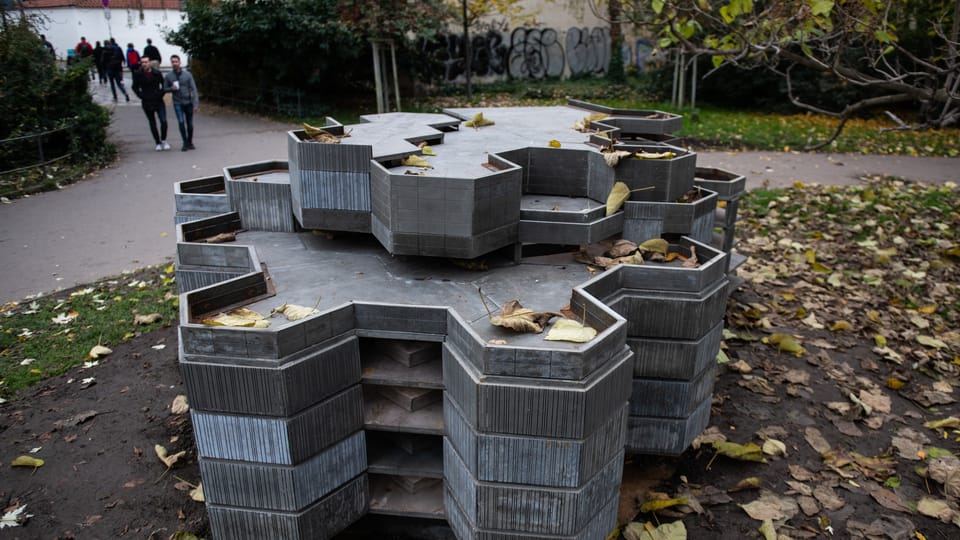 Seven miniature versions of Prague’s Communist-era brutalist buildings have been installed in a park outside the Malostranská Metro Station. The site-specific project, featuring seven illuminated sculptures cast from concrete, was created by Czech artist Krištof Kintera for Kunsthalle Praha. I discussed the installation with its curator, Christelle Havránek, who says it is a continuation of their first exhibition, called Kinetismus.

“Kinetismus was the first exhibition at the newly opened Kunsthalle Praha. It referred to the original function of the building, which was an electricity transformer station.

“So in the framework of this collective exhibition we approached Krištof Kinetra and asked him if he would agree to produce a new work in the outdoor space in front of the building. It was really up to him to decide how he would approach our request.