One of the main Dja Reserve expositions was completed by two male African bush pigs. They will be sharing it with a group of De Brazza’s monkeys. 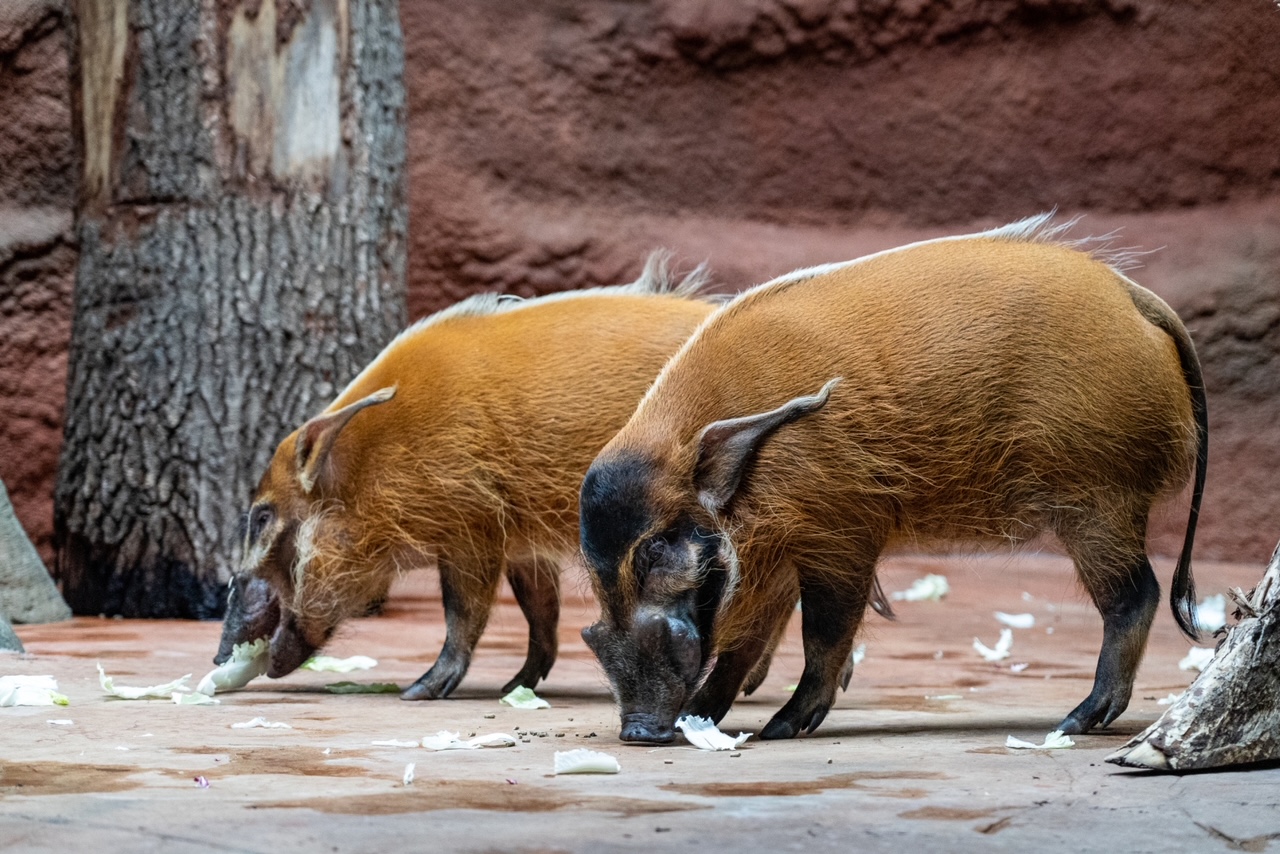 The two red river hogs have made themselves at home in the new gorilla pavilion. These two beauties came to Prague from Emmen Zoo in Holland. Photo Oliver Le Que, Prague Zoo

“The hogs moved into the pavilion yesterday; to start with, they stayed in the background facilities. Today, however, they plucked up the courage to venture into the exposition and carefully investigate the local substrate with their snouts,” said curator Jan Mengr. “The red river hog gets its name from its distinctive orange to reddish-brown fur and the fact that it stays near water bodies. Now, it is considered relatively common, but like the De Brazza’s monkey, it is often the victim of poachers. In some areas it is also attacked by farmers because it damages their crops. Last but not least, the hog is also threatened by habitat loss as human settlement expands in Central Africa.”

Prague Zoo’s brand-new pavilion – the Dja Reserve – opened to visitors on September 28th, 2022. Its main inhabitants are a family group of western lowland gorillas, which are kept company by mantled guerezas. In addition to De Brazza’s monkeys and red river hogs, visitors will meet African brush-tailed porcupines and Gabon talapoins as they make their way through the forest. The stylized Cameroonian village tops it all off with exhibitions of Gambian pouched rats and straw-coloured fruit bats.

The best way to get to the new pavilion is by bus – Nos. 234, 235 or 236 – which stop at the bus stop called Zoo Praha – Sklenářka. Apart from that, there is a footbridge to the Dja Reserve at the top of the grounds from the western edge of Elephant Valley and a path from the African House. What’s more, an additional entrance to the zoo, including a ticket office, has recently opened directly in front of the pavilion.