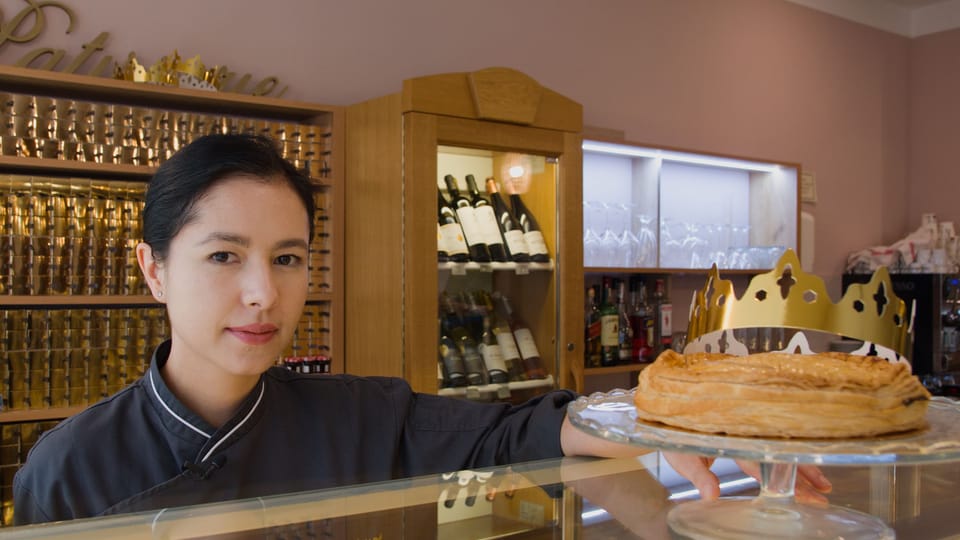 Adina Biguine was born in Kyrgyzstan, but spent more than half of her life in Prague. She originally came to the Czech capital to study at the Faculty of Humanities, but instead of psychology, she decided to pursue the art of pastry making. Today she is an executive pastry chef at Prague’s Café Milléme which has become known for its wide variety of international flavour fusions, mixing all sorts of unusual ingredients, from yuzu lemon, matcha tea and wasabi to blueberries and saffron. I met with Adina to discuss her life and work and I started by asking her when she first visited Prague:

“I first visited Czechia in 2006 when I was 15 years old. Prague was the first European capital that I had ever seen. Until then, Europe was something I only knew from films. I immediately fell in love with the place and with its parks, streets and architecture.”

What were your first impressions of the city?

“I remember it was summer and there were a lot of tourists and everybody was friendly and spoke English with me. I was 15 and it seemed like another world to me!

“Everything was different, including the climate and the air, which was much cleaner and not as hot as in Kyrgyzstan. We also visited Karlovy Vary and Český Krumlov and I just immediately grew fond of the country.”