Controversy over reforesting Bohemian Switzerland in wake of devastating blaze 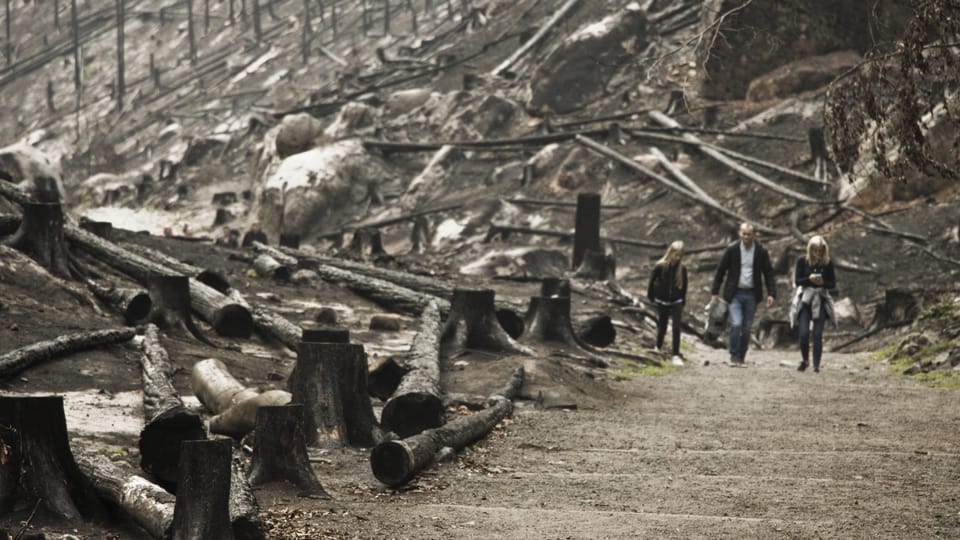 The Bohemian Switzerland National Park was one of the most beautiful corners of the Czech Republic. Last summer, however, it was ravaged by a devastating wildfire. Within a broad debate on restoring the region, there is controversy about whether people should let nature take its course or if they should help by replanting as many trees as soon as possible.

A few months after the wildfire, experts and the local inhabitants are locked in a dispute over how to proceed in the areas ravaged by the blaze. I recently visited the National Park with Tomáš Salov, its spokesman. He took me around the worst affected areas pointing out that, no matter how devastating it was, the fire did not completely destroy the forest.

“It is not a homogenous burnt and blackened area. It is rather a mosaic. There are places where the wildfire burnt with enormous intensity. Then there are patches that the fire touched only lightly, the trees are standing and only their bark is blackened, but as the ground is covered with fallen leaves, you do not see any signs of fire. So, for example, there is a valley called Pravčický důl. During the wildfire, it became something like a huge fire cauldron due to the unique terrain conditions and draft, and everything burnt down. There are only charred tree trunks left and the ground is still completely black. But the valley we are standing in right now remained largely untouched for some reason. Perhaps because of the wind direction or more moisture in the ground, the wildfire did not devastate this part of the park.”